MasterChef Season 4 Cast: Where Are They Now?

‘MasterChef‘ is a world-renowned cooking reality show that puts amateur cooks through grueling and demanding challenges in an effort to discover the best of the best. Mentored, coached, and judged by the who’s who of the food industry, the show demands its contestants to be perfect in their approach, leaving no room for mistakes. Besides, with a massive cash prize on the line, the contestants give it their all as they battle for the coveted title of ‘MasterChef.’ With the show offering a massive platform in order to kickstart a career in the food industry, let’s find out where the ‘MasterChef’ season 1 cast is today, shall we?

Where Is Jessie Lysiak Now?

A Yacht Stewardess from Social Circle, Georgia, Jesse Lysiak proved to be a promising contestant and initially managed to wow the judges with her dishes. However, she failed to make the top two and had to depart in the third place when her Kobe Beef left the judges unimpressed in episode 24. Sources claim that Jessie went back to her profession as a Yacht Stewardess post-filming but then decided to switch gears and took up employment as a private chef. 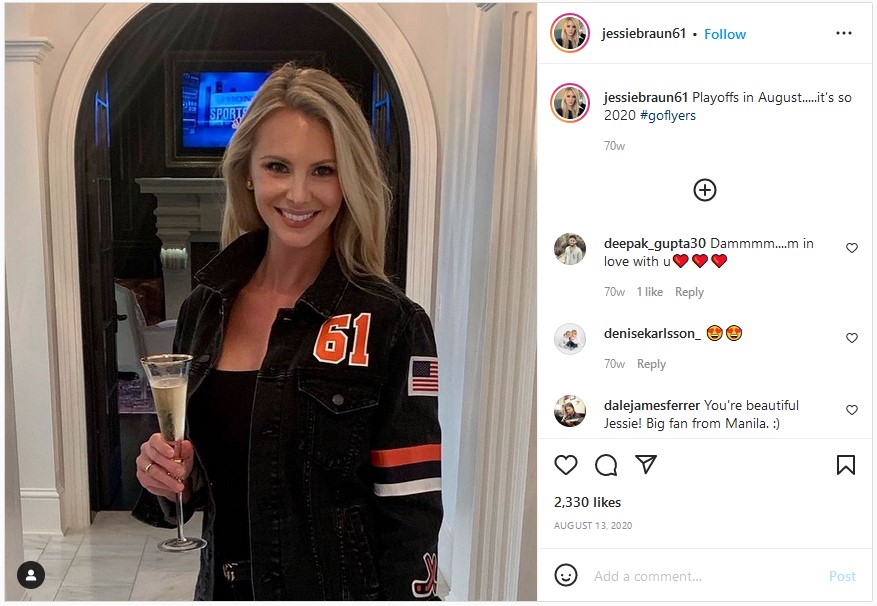 In August 2014, Jessie exchanged marriage vows with professional ice hockey player Justin Braun in a beautiful ceremony that was featured in various publications. The two have since managed to build a loving relationship and are pretty open about expressing their love on social media. The reality TV star even returned for the reunion episode in ‘MasterChef’ season 10 and is now a proud mother to two wonderful children.

Where Is Natasha Crnjac Now?

Natasha was already a stay-at-home mother by the time she appeared on the show and proved that she was a force to be reckoned with. She kept creating perfect dishes throughout the competition and was at the top of her game even in the season finale. However, the judges, forced to make a close call, decided to award Luca Manfè with the title, leaving Natasha as the runner-up.

Her deep familial bond with her loved ones was quite evident from her interactions with her family while on the show. Hence, fans weren’t surprised when Natasha decided to go back to being a stay-at-home mother post-filming. Still unwilling to let her skills go to waste, she offers private chef and catering services through her California-based company, Meal Prep Boutique. However, it is unclear if Meal Prep Boutique is still active as Natasha currently seems to be enjoying life in Bali alongside her children, Diego and Mila.

Where Is Luca Manfè Now?

Luca Manfè managed to win the hearts of judges and fans alike through his cheerful disposition, charming personality, and unorthodox Italian dishes. A former Restaurant Manager from Astoria, New York, Luca comfortably breezed through the competition aided by his skill and dedication for cooking. Although the finale was quite close, Luca earned the edge over Natasha Crnjac and was ultimately crowned the winner.

Following his success, Luca published his own cookbook titled ‘My Italian Kitchen: Favorite Family Recipes,’ and even began a food truck service named The Lucky Fig. Unfortunately, the food truck business, although booming, ran into a few unknown issues and had to be discontinued. Currently, Luca offers live interactive cooking lessons for individuals, groups, as well as company events.

Luca even owns and operates his catering service, Dinner with Luca, through which he claims to bring the class of fine dining to the comfort of one’s home. Moreover, Luca is now a content creator for Giallozafferano and has even begun offering public courses on the Amphy platform. Besides, fans would be glad to know that Luca is still happily married to Cate, and the two are proud parents to their children, Luca and Valentino.

Read More: Where Is The MasterChef Season 1 Cast Now?