Are Matt Roloff and Caryn Chandler Still a Couple? 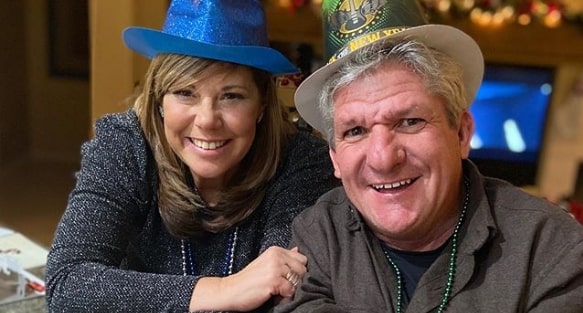 Everyone who has seen ‘Little People, Big World’ on TLC is aware of the drama surrounding Matt and Caryn’s relationship. The equation that the duo shares with Matt’s ex-wife, Amy, is quite hot and cold. The latest season has explored the dynamic between the stars, their significant others, and children. While Amy got engaged to her long-time boyfriend, Chris, fans are wondering if Matt and Caryn are planning to tie the knot.

When Matt and Amy called quits on almost thirty years of marriage in 2016, fans wondered if there was someone else behind the split. Even though the duo never officially spilled the tea in their explanations, many believe that Matt cheated on Amy with Caryn. Matt’s autobiography does hint at the fact that commitment was never a priority for him. Amy, too, had her suspicions about Matt and Caryn spending so much time together. Matt and Caryn have never admitted it, but followers have reasons to believe that their relationship started way before the divorce.

Caryn, a mother of two from Arizona, began working at Matt’s family-owned pumpkin farm. Sharing a professional relationship for almost ten years, she worked her way up to become the farm manager. The family perceived her to be an important part of the smooth functioning of their business.

In 2017, Matt made his romantic relationship with Caryn official as well as public. This didn’t go down well with his children as they weren’t expecting it. Even though his kids had a hard time adjusting to him dating someone new, they eventually came around and accepted Caryn as a part of their family. Caryn’s son and daughter also share a close bond with Matt and his family. They are often seen visiting the farm in their free time. Caryn also stays involved and helps Matt babysit his grandkids!

Unfortunately, Amy could never embrace their relationship. She could never see eye-to-eye with Caryn, and their equation remains rocky. When Amy got engaged, and Caryn went to congratulate her, Amy taunted her by saying that she won’t be invited to the wedding. Caryn, too, has expressed her discomfort about attending Amy’s family functions. She even sulked when Matt said that if they ever get married, they’ll have to invite Amy and Chris.

Caryn has faced many issues besides loathing spending time with Amy. She has often been accused of being a gold digger on social media. Some followers and supporters of Amy believe that Caryn is only interested in Matt’s financial status. But, being a protective boyfriend, Matt always shuts such comments down. He had even warned Amy that if she doesn’t come to accept Caryn, then he might get rid of the farm and move away.

The lover boy has also included Caryn in all his new business ventures, including house-flipping. They even moved in together in a comfy Arizona house, which turned out to be Caryn’s parents’ place.

Are Matt and Caryn Still Together?

Yes. The couple is still together and going strong. Sometime back, rumors about their engagement started doing rounds, followed by rumors of a break-up. They were shut down by Matt through his social media posts.

Matt assured his fans that he is still with Caryn but not engaged to her. He confessed that he wasn’t in a hurry to pop the question as both of them are just taking things slow and enjoying their time together. He also wanted to make sure that he doesn’t steal the spotlight from Amy and Chris’s engagement.

Read More: Are Timothy and Jeniffer Still Together?