Matt and Lauren Urey: Where Are White Island Survivors Now? 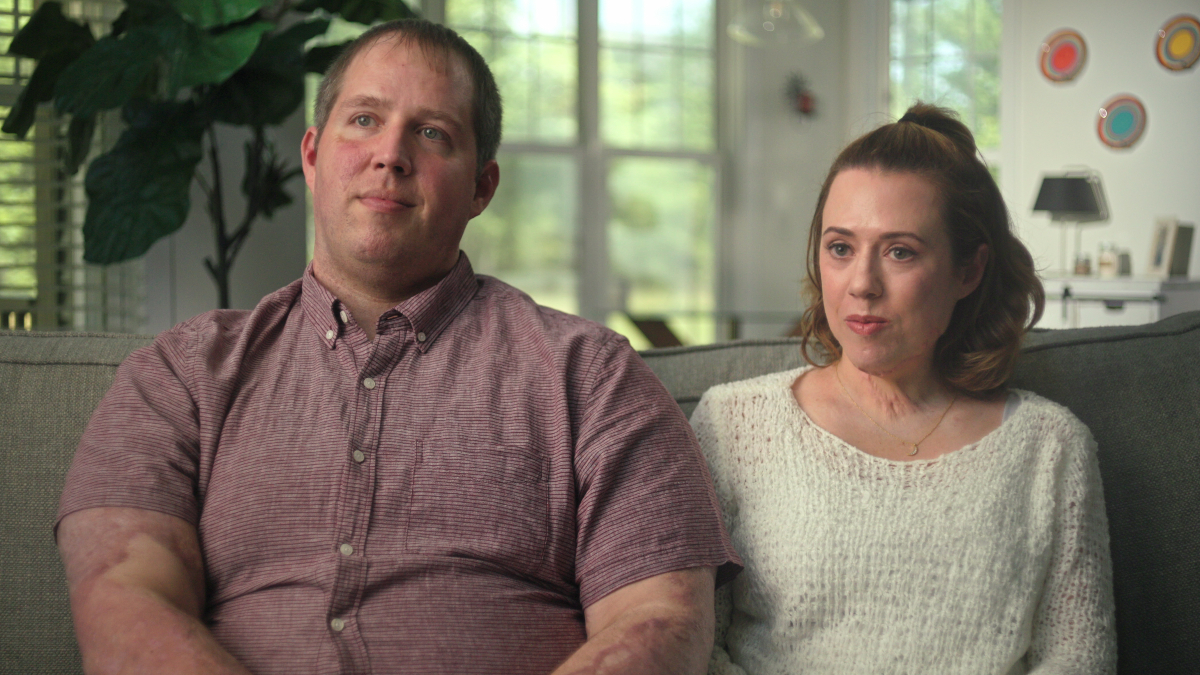 As a documentary that recounts every aspect of the tragic December 9, 2019, volcanic eruption off the New Zealand coast, Netflix’s ‘The Volcano: Rescue From Whakaari’ is simply haunting. After all, it comprises not only minute-by-minute footage but also personal first-hand accounts of several survivors as well as witnesses to really shine a light upon the natural yet devastating calamity. Amongst those to thus feature in this original are American tourists turned unfortunate victims Matt and Lauren Urey — so now, if you wish to learn more about them, we’ve got the details for you.

Who Are Matt and Lauren Urey?

Although Matthew “Matt” Urey and Lauren Barham Urey had first come across one another on Match.com, their love story is as incredible as any classic owing to everything they have endured. They’d actually tied the knot in a beautifully intimate ceremony on October 18, 2019, before planning a sweet honeymoon to Australasia, unaware that it would turn their whole world upside down. They hence excitedly jetted off to Australia the day after Thanksgiving and then gradually made their way to a Royal Caribbean cruise spanning across New Zealand for a new experience every day. 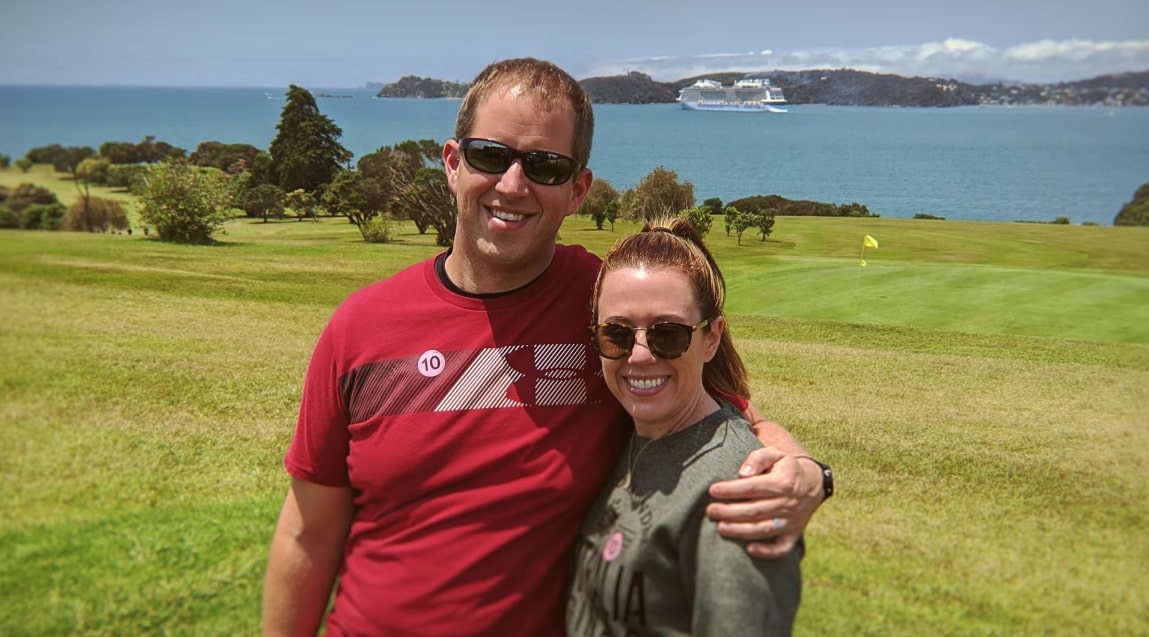 While Matt is admittedly an adventure seeker, his wife is the complete opposite, which is why they consciously alternated in picking out their mainland excursions to have the best of both worlds. On December 9, it was the former’s turn, and he decided on a trip to Whakaari, aka the White Island, near Whakatāne in the Bay of Plenty for an up-close look at a mostly underwater active volcano. “From the description, it was a nice, easy hike,” he elucidated in the Netflix production. “It’s not like you needed rock climbing gear and everything else to get up there. It was, just walk up to the crater, look in, and see this amazing volcano.”

Even Lauren conceded she was perfectly okay with the idea since the overview made it sound exciting rather than dangerous despite the brief mentions of ashes, sulfurs, as well as an acid lake. However, she grew anxious once they arrived at the scene due to the excessive steam plus the fact the last eruptions were in 2013 and 2016, only for Matt to brush it off because it wasn’t unusual for her in such situations. Yet as the couple made their way back with their group, a small bloom of black smoke spewed out of the crater, just to quickly pivot into hot ash and hard rocks descending all over the island with no respite for two minutes. 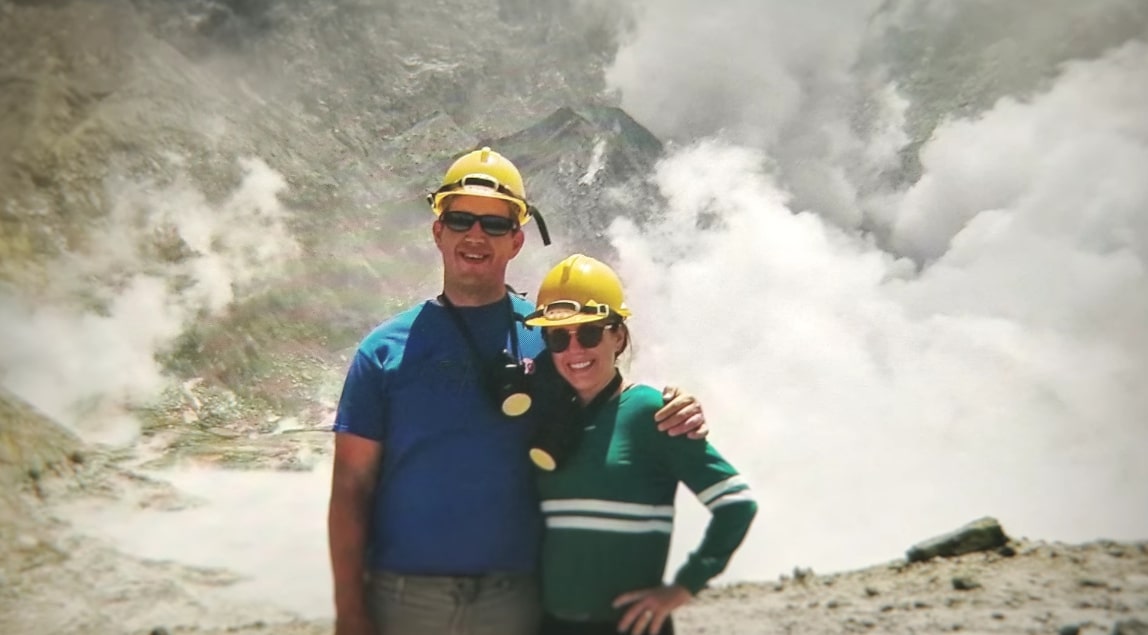 Matt and Lauren did take cover under a boulder before putting on the gas masks provided to them earlier, but the truth is the extent of the eruption was such that they offered minimal protection. Therefore, believing they would be burned alive like this, they just held hands as the latter shouted “I love you” to her husband every two seconds — she didn’t want them to meet their end apart. Thankfully, though, since there was already some distance between them and the crater, they managed to make it into a carrier boat on pure adrenaline once the activity ceased, from where they were rushed to the nearest hospitals.

Where Are Matt and Lauren Urey Now?

Because both Matt and Lauren had dressed for the weather — the Whakaari trip brochure had merely urged them to sport a hat, sunglasses, as well as walking shoes — their clothing shaped their injuries. It was around 70° Fahrenheit (21° Celsius) on that fateful morning, meaning the former was merely in shorts and a t-shirt, whereas the latter had donned a long sleeves top with leggings as she runs cold. Therefore, while Matt suffered burns to more than 53% of his body, nearly 30% of which were third-degree owing to complete open exposure (and he was still walking!), his wife suffered burns to 23% of her body. 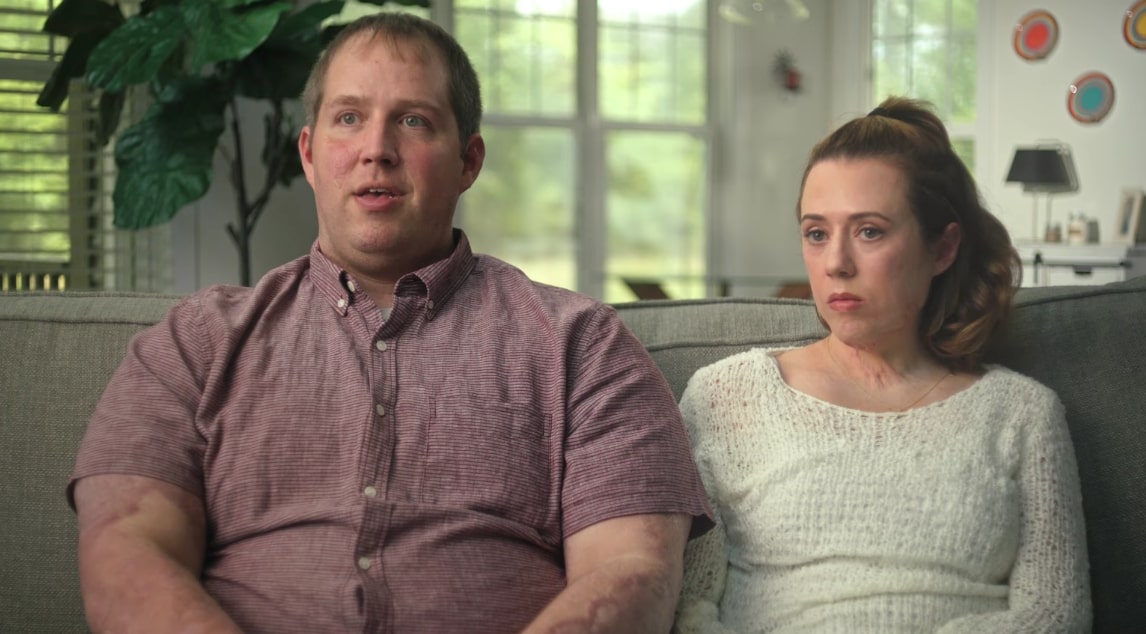 It was only in the hospital that Matt slipped into a coma for over a month, yet fortunately, both he and Lauren were able to heal enough to return to the States within a relatively short period. Of course, their lives aren’t the same anymore, but it appears as if they’re determined to create a new normal while incorporating as many facets of the past as possible — though they still have their fair share of bad days with their good days, they’re not giving up.

From what we can tell, Virginia natives Matt and Lauren have since moved into a new home in Chesterfield as well as returned to their jobs, where they genuinely seem to be thriving. Matt is reportedly ironically working with flame-resistant fiber as a mechanical engineer at DuPont, and Lauren is a medical laboratory technician for Bon Secours Richmond Health System.

It’s also imperative to note that the latter, a Radford University marketing graduate (2010), earned her second bachelor’s degree in medical laboratory science from Old Dominion University in May 2022. That’s despite the couple undergoing virtually one surgery a month to regain movement in all parts of their bodies — they hope to be done with them in early 2023 — while also preparing for a half marathon. We should mention that Lauren actually struggles with post-traumatic stress and depression at the moment, whereas Matt now faces extreme body heat intolerance.