Mercedes Cephas My 600-lb Life Update: Where is She Today?

TLC’s original ‘My 600-lb Life‘ highlights the unique and motivating weight reduction experiences of multiple individuals. The people who appear in the series are morbidly obese and often weigh more than 600 pounds. They go through a challenging process of making mental and physical lifestyle adjustments to get to their target weight. Renowned bariatric surgeon Dr. Younan Nowzaradan, AKA Dr. Now, guides them in their journey by offering individualized diet and exercise plans. They may become hopeful for weight loss surgery if they lose enough weight, naturally.

Since its inception in 2012, the viewers have witnessed several journeys of successes and some failures in the reality show. And whatever may be the result, the weight loss program they adopt has different impacts on different people. One such contestant who had to undergo a challenging journey for weight reduction was Mercedes Cephas. She appeared in season 7, episode 18, and showed how deep trauma can impact one’s life irreversibly. As fans might be curious to know what happened to her after the show and where she is now, here’s everything that we found out!

Mercedes Cephas weighed 773 pounds and had severe Lymphedema when she appeared in the show in 2019. A native of Cincinnati, Ohio, the then-37-year-old mother of two was completely dependent on others for her survival. Mercedes’ harmful food habits had ultimately made her restricted to bed and also on the verge of negatively impacting her children. Right from her 11-year-old daughter, Kimoriah, ex-boyfriend, sister as well as personal care assistant, Brittney, several people helped her throughout the day with her basic needs, like bathing and cooking.

On the show, Mercedes said, “I can’t believe what I’ve let my life become. I’ve gotten so big, that it’s hard to do just about anything. And every day, it gets worse. But I have two young kids that I’ve to take care of.” Food was still the only thing she looked forward to amidst all the pain. However, the trauma behind this addiction dates back to her childhood, which began when her father became abusive toward her mother. After some time, her mother couldn’t bare it, so she took her children and left their home. With no one to look after their food needs, Mercedes began eating whatever she wanted and gained weight. 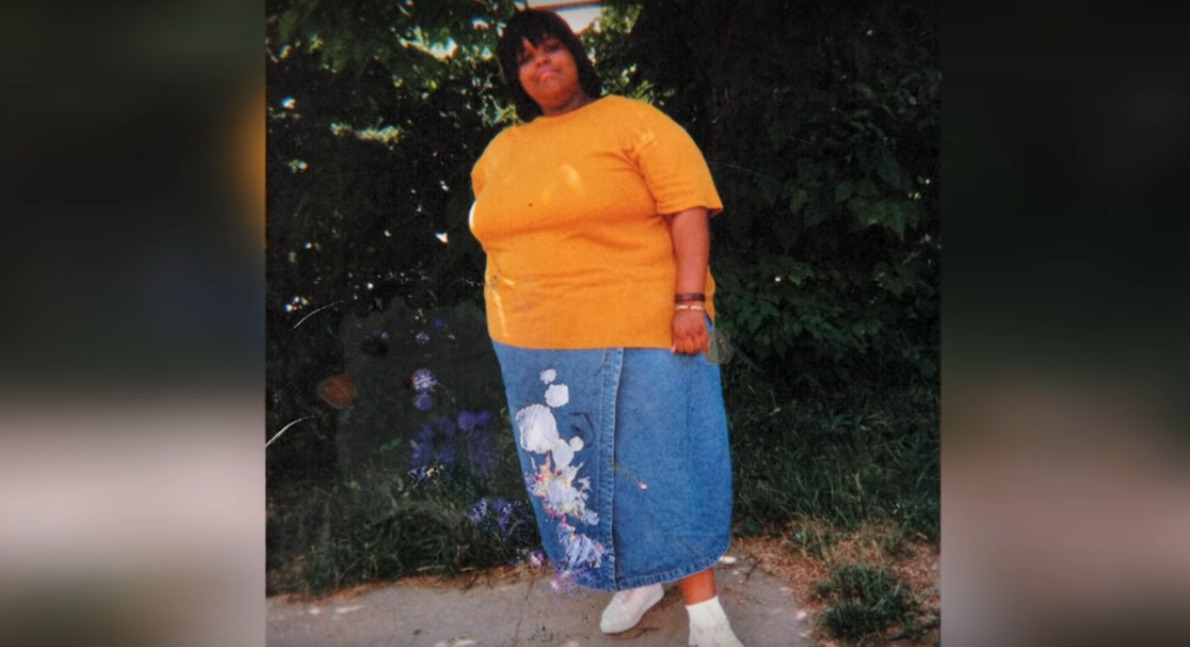 Sadly, things got worse for Mercedes. She stated that when she was 11, her father started sexually abusing her and her sisters (which she found out later) for many years. She expressed her misery, saying, “The abuse made me feel robbed of my innocence, made me feel sad, made me feel dirty. And as a child, with something like that happening, you don’t know what to do with it…So I just went to food and started eating a lot.” Even though it stopped after 2-3 years, the trauma lived on; Mercedes was 300 pounds by the age of 15.

After dropping out of school at 16, Mercedes got her Nursing Assistant certificate at 19 and began working and living at a nursing home. But she kept gaining weight and had to work in the library, which required minimal work. Additionally, when she had her children later, she got infected with flesh-eating bacteria during her C-section deliveries. These incidents further impacted Mercedes mentally, and she kept leaning on food for some comfort. However, once she realized that her condition was affecting her children as well, she decided to seek professional help from Dr. Now and moved to Houston.

However, although she tried to adhere to the strict diet plan, Mercedes could not do so and gave a myriad of reasons for that. She made constant complaints, even though she knew that her condition was putting her key organs at risk. It was stated on the show that she also lied about following the diet properly; thus, she could only lose 81 pounds. As a result, Mercedes couldn’t qualify for gastric bypass surgery. Therefore, she left the program after bringing her weight down to 692 pounds.

Where is Mercedes Cephas Today?

Since Mercedes Cephas could not continue with the weight loss program under the supervision of Dr. Now, she returned to her home in Cincinnati. She is now a full-time stay-at-home mom to her two kids and often shares their pictures on her social media platforms. However, she does not divulge any details regarding her weight loss journey post the show or if she managed to lose any weight after that. But from the looks of it, it does seem like Mercedes lost some more weight later.

It can also be confirmed as in March 2019, just after the show, Mercedes opened a GoFundMe fundraiser listing it under the “Medical” category, with the goal of $10,000. It was started to raise funds for her gastric bypass surgery in Texas, which she probably wanted to undergo on her own. In the description, she wrote, “I’m taking these steps to better my life for me and my children any donations will be greatly appreciated I know it’s not going to be easy I have a long road ahead of me but this is my start to a healthy life and journey for me and my children.”

However, after raising only $175 in a few months, the account was closed down. There has been no update regarding any plans for surgery, and it seemingly remains the same with the amount of money generated. After that, everything about Mercedes’ life remains private as her latest update was a picture of herself dated July 2020. While all her friends and family shower her with love, she also seems a little more confident in her body, which does indicate some weight loss on her part. Therefore, we would only like to wish Mercedes a steady journey toward a healthy and happy life with her two adorable children.

Read More: Leneathra Reed My 600-lb Life Update: Where is She Today?