Is Michael McIntyre Married? Does He Have Children?

Michael McIntyre has been causing belly aches and producing roars of laughter from the audiences through his phenomenal performances since the beginning of his comedy career in 2007. From fighting for the opening spot at a dingy nightclub to playing the biggest comedy gig in Africa, he truly has come a long way. As of today, Michael’s commendable resume includes his Netflix special ‘Showman’ and BBC One night series ‘Michael McIntyre’s Big Show.’

Renowned as Britain’s favorite funny man, his stand-ups are favored across all generations. The accomplished gagster credits his incredible success to his wife, who has always pushed him to be the best version of himself. We got curious to find out the details about his lady luck and how they met, so we dug a little into his personal life!

Michael had not tasted success before he got married to the love of his life. Despite being the son of a renowned Canadian comedian and scriptwriter Ray Cameron, his struggling days were pretty tough. He was only 7-years-old when his parents separated. His mother, Kati Cameron, brought her children up as a single parent. Being a Hungarian dancer, Michael’s mother had a glamorous background, yet Michael grew up in a humdrum middle-class household.

Around 2004, he was a fresh-faced comic performing to a crowd of 25 at a drab club in the Edinburgh Fringe. Within the next five years, Michael made tremendous progress on the work front with a little push from his wife in addition to endless grinding nights. Michael not only became one of the biggest names in British comedy but also released four DVDs, made multiple appearances on comedy panel shows, and hosted a show titled ‘Michael McIntyre’s Comedy Roadshow’ that aired in June 2009 on BBC One.

During the initial phase of his stand-ups, Michael found it disheartening to leave the audiences hysterical yet gain little to no critical acclaim. When he decided to abandon studies and develop his first-ever movie script, Michael started looking for talent to cast as the female lead. His sister, Lucy, introduced him to the gorgeous Kitty Ward, who was an aspiring actor in those days. Michael was only 22-years-old when he fell madly in love with Kitty and began to actively chase her. 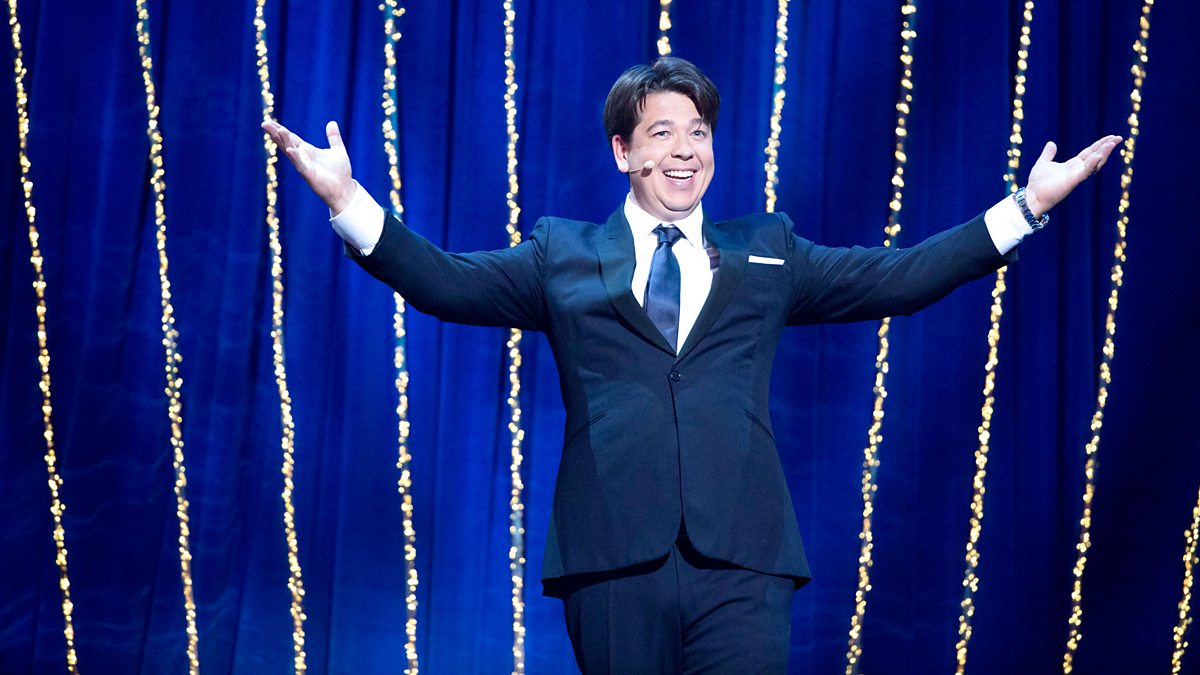 Due to his inexperience in romantic relationships and stalking tendencies, he scared her off. But his obsession for the girl with an “­English rose complexion” did not leave him, so he kept at it. It took her over two years to see through his fanatical ways and recognize the sincerity of his feelings. When she began to reciprocate the love, Michael found himself full of resolve and determination to prove his worth. The two got married at an English novelist, Evelyn Waugh’s home at Somerset. Kitty had basically married a penniless, university drop-out, but she turned him into a comedy megastar with her love and unwavering support.

In fact, he has always admitted this to his audience as well as the readers of his tell-all memoir ‘Life And Laughing,’ written in 2010. The couple has two sons, Lucas and Oscar, who regularly become the source of material for the stand-up comedian. Michael has been deliriously happy in his marriage and often mentions how grateful he is to have Kitty in his life. Though his social media accounts are all about his work, there is no doubt about the fact that his life revolves around his wife and kids. While he is touring around the world, doing the benevolent job of making people laugh, his wife takes care of their children and also works as an aromatherapist.