Michelle-Marie Heinemann: Everything We Know 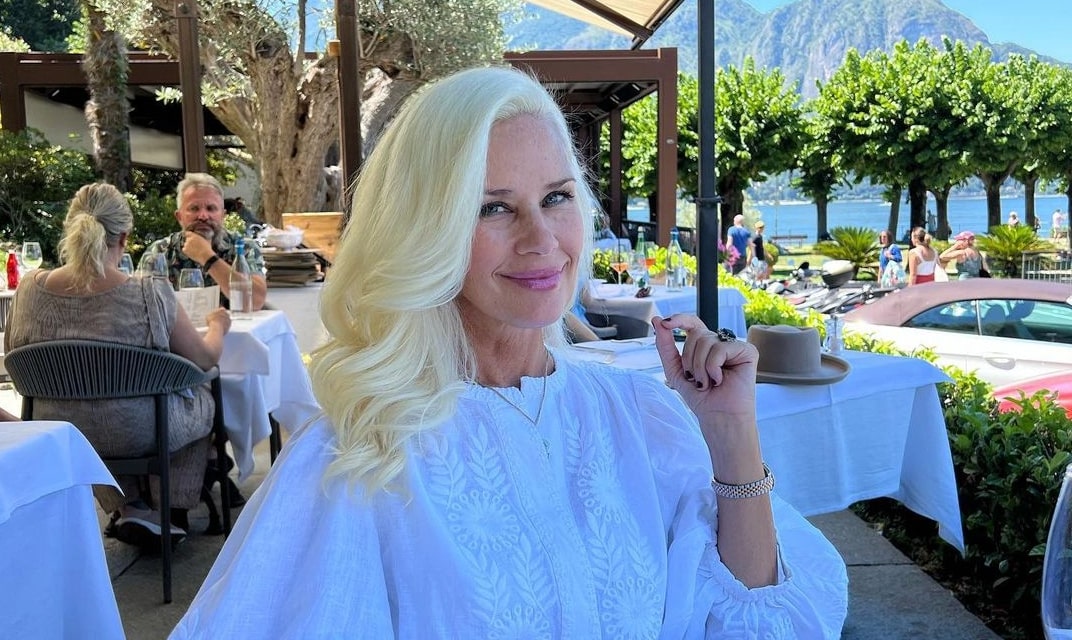 With Swiss-born billionaire Silvio Scaglia having been in the public eye since the 1990s thanks to his entrepreneurial skills, it’s no surprise his personal experiences are a point of interest for many. A significant reason for the same recently is also his ongoing contentious divorce with fashion magnate and former CEO of Elite World Group Julia Haart (the star of Netflix’s ‘My Unorthox Life’). So now that we know the Italian powerhouse is currently involved with Michelle-Marie Heinemann — who is honestly much more than just his partner — let’s find out more about her, shall we?

Born as Michelle-Marie Parrott on January 18, 1966, in Norcross, a wondrous city in Gwinnett County, Georgia, Michelle actually hails from a relatively high-class, financially well-off, tight-knit family. Unfortunately, though, while it’s evident her parents, Golda Parrott and Oren Marvin Parrott Jr., are in the well-retired age of 80s at the moment, neither of their past professional trajectories is clear. We did learn they are positively not only Southern natives but also currently still reside in Jefferson, Georgia, yet we could not ascertain precisely how many siblings Michelle has — if any.

However, despite the close familial bond, Michelle scurried out of her home state as soon as possible after graduating high school because she “had skid marks out of” the area. She conceded, “I was 18. I had to see the world. I went to Paris. It was a great time for me. My whole brain just opened up,” resulting in her settling in New York upon returning to study the Arts. The now 56-year-old is thus a proud graduate of The Art Students League of New York in Manhattan, Lee Strasberg Theatre & Film Institute at Union Square on East, as well as New York University in the city.

Although Michelle-Marie Heinemann had fully intended to pursue acting as a career, she gradually gravitated more toward other creative forms such as painting, sculpting, and singing. But the truth is she has only ever released two albums, with her cover of Ricky Nelson’s “Garden Party” from the second one reaching #13 on Billboard’s Hot Adult Contemporary Charts. That’s because she saw “music as another form of artistic expression. It was fun, but I realized I enjoyed making [it] more when I did it simply for my own enjoyment. So I’ve turned my full attention to my work as a painter.”

Michelle reportedly sold a majority of her pieces privately before organizing exhibitions in galleries or showcasing them on different platforms across to world to establish a name for herself. The passionate equestrian then evolved into a socialite, philanthropist, and entrepreneur as well — she always ensured to mix her passions with her priorities to evoke a sense of inspiration.

In fact, just a few organizations Michelle has launched over the years include the non-profit Blankets for Warmth to benefit the homeless, the children’s clothing brand Hudson & Hyacinth, and the still-running luxury lifestyle brand Old Fashioned Mom. The latter is actually an empire specializing in broadcasting, media, public relations, apparel, accessories, jewelry, beauty, home goods, and coffee, amongst much more, with her serving as the Founder, Chief Executive Officer, Publisher, as well as Editor-in-Chief.

From what we can tell, before Michelle ever romantically came across and fell in love with fellow New York-based entrepreneur Silvio Scaglia around early 2022, she was simply a working, single mother of two. According to reports, she has been married at least twice before; to Norwegian Financier Bjorn Aaserod and then to hedge fund manager/her record label manager Jon Heinemann. While the first of these relationships apparently came to an end before 2003, the lifestyle guru’s union with Jon, with whom she shares son Hudson and daughter Hyacinth, fizzled out in 2016.

Coming to Michelle’s courtship with Silvio, they became Instagram official in April 2022, mere two months after his ex-partner Julia Haart filed for divorce, only to be engaged by the time fall came around. “She is a distinguished person of serious achievements, and I admire and respect her and love her greatly,” he said for his new, true love. “…Her commitment to traditional family values is one of the many reasons why I have fallen in love with her and want to spend the rest of my life with her.”

On the other hand, Michelle stated, “I have great admiration for Silvio Scaglia’s personal character, his loving and kind nature, and his brilliant intellectual gifts in technology and building successful businesses. He is a beautiful person, and I love him very much. And I finally found true love.”

Read More: My Unorthodox Life: Where is the Cast Now?