My Unorthodox Life: Where is the Cast Now?

Netflix’s ‘My Unorthodox Life‘ is a reality series that revolves around famous businesswoman Julia Haart. Once a part of an Ultra-Orthodox Jewish community, Julia left her old life behind to make a name for herself and prove her worth. Through the show, viewers get an insight into how Julia runs her business while also maintaining her personal relationships. The public also gets to know about Julia’s children and her loved ones, who play crucial roles in her life. The recent release of the show’s second season has made fans wonder about the current whereabouts of their favorite cast members. Well, we are here to dive right in and find the answers.

Where is Julia Haart Now?

As of writing, Julia Haart is involved in a complicated legal battle against Silvio Scaglia. The reality TV star filed for divorce from her husband in February 2022, on the same day that she was removed from Elite World Group as the CEO. Scaglia actually went on to sue Julia and claimed she had illegally taken $850,000 from Freedom Holding, the firm that owns the modeling conglomerate. It was proven in a Delaware court that Julia does not own 50% of the companies she claimed to be an owner of, which her to file a fraud lawsuit against Silvio for $257 million.

According to Julia, she has hard evidence that she has a stake in the organization, and her estranged husband is either lying now or did so in the past. Additionally, her book ‘Brazen’ was released in March 2022 and has gained much appreciation from readers. It also seems like she is now hoping to launch her own tech company by the name of Haart Sphere with the help of those she wholeheartedly trusts and will herself serve as the CEO. Plus, the mother of four is reportedly also working hard to continue advocating for feminism as well as equality.

Where is Batsheva Haart Now?

After her divorce from Binyamin “Ben” Weinstein, Batsheva Haart seems ready to explore the world in all its glory. The couple announced their separation in November 2021 and seemingly parted ways on amicable terms. Since then, Batsheva has grown by leaps and bounds in her career as a social media influencer, focusing on beauty and lifestyle. Thanks to her popularity and hard work, she often gets to partner with different brands to promote their products. In fact, she is currently promoting SoFi’s Break Up With Bad Banking campaign and is happily affiliated with United Talent. It’s also imperative to note that while she does not seem to be in a committed relationship at present, she does seem perfectly content to be enjoying her time in the Big Apple to the fullest.

Where is Miriam Haart Now?

Miriam Haart appears to be doing well in both her personal and professional life. Julia’s second daughter (and second youngest child) actually earned her Bachelor of Science degree in Computer Science from Stanford University in June 2022. Presently, she is a Co-teacher in CS11: How to Make Virtual Reality for Stanford University School of Engineering. She is also a CoLab Fellow at IDEO in Cambridge, Massachusetts. Given her technological knowledge, Miriam has even been able to bag the position of Chief Technology Officer (CTO) in Haart Sphere. Additionally, she is the Founder and Host of ‘Faking It,’ a weekly podcast centering around empowerment that releases new episodes every Thursday. Miriam seems content with her love life as well, especially given the fact she is currently still involved with Nathalie Ulander. The couple celebrated their first anniversary in March 2022 and are apparently living together.

Where is Shlomo Haart Now?

Between the filming of seasons 1 and 2 of ‘My Unorthodox Life,’ Shlomo Haart gained his Bachelor of Arts degree in Political Science and Government from Columbia University. He completed his graduation in April of 2021 and has reportedly since entered the professional field as a lawyer. Coming to his personal life, the eldest Haart brother did seem to have a budding romance with Mariana Ling in the second installment of the Netflix original, but it has likely fizzled out. Nevertheless, it’s evident Shlomo is happy to just be enjoying the company of his friends and family; plus, he takes delight in traveling to different places.

Where is Aron Hendler Now? 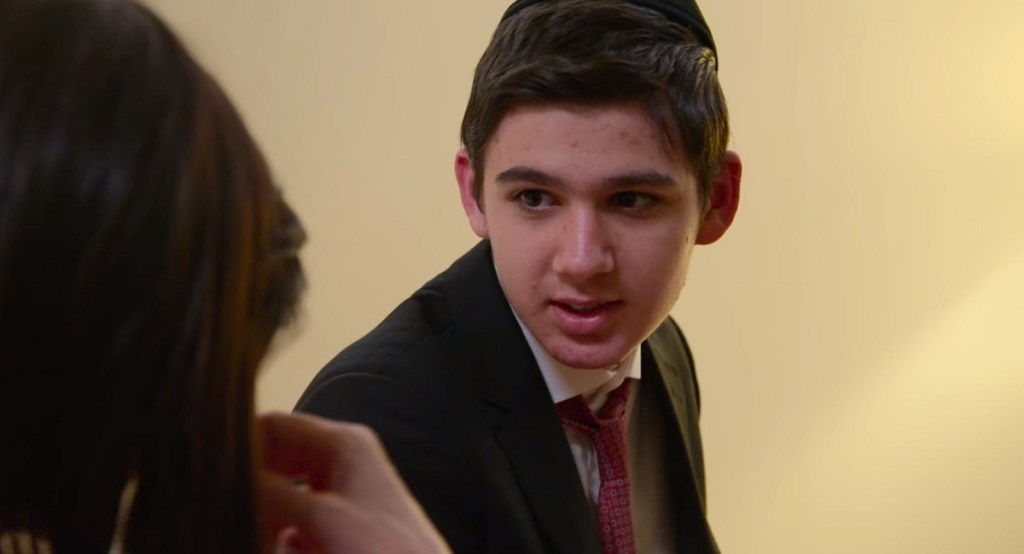 The youngest of Julia’s children is none other than Aron Hendler. The teenager is devoted to his faith and has expressed his desire to be a Rabbi multiple times. Though he is still in school, Aron also creates content for Be Geshmak, a non-profit organization he established. The videos posted on the channel talk about the teachings imparted within the Jewish faith and the importance of God (Hashem) in one’s life. Aron also runs the BeGeshmak Mishnah Yomi movement.

Where is Robert Brotherton Now?

A post shared by Robert Brotherton | My Unorthodox Life (@rpbii)

Presently, Robert Brotherton seems to be pursuing his dream of becoming a Broadway star. He started on this endeavor following his removal from Elite World Company around March 2022 and has made impressive strides in that direction. In fact, he had his 54 Below debut through his original performance in My Unorthodox Christmas Cabaret on November 20, 2022. The Marketing Operations Executive has also been assigned the role of COO at the upcoming Haart Sphere venture, and he’s happily engaged to his partner, Ra’ed Saade, with whom he shares Richard, an adorable Bernedoodle.

Where is Silvio Scaglia Now?

Since his split from Julia Haart, Silvio Scaglia has been embroiled in a legal battle against his estranged wife. In the last few months, he and those close to him have made several claims regarding her image as well as behavior, with none of it seemingly affecting his focus on his own work. As of writing, the co-founder of Freedom Holding and Fastweb serves as the Founder and CEO of SHS Asset Management and is also the Chairman of Elite World Group. On the romantic front, Silvio seems to have completely moved on and is seemingly involved with socialite Michelle-Marie Heinemann. It looks like the two even got engaged around September 2022, though their marriage will, of course, not happen until Silvio’s divorce from Julia is finalized.

Where is Ra’ed Saade Now?

Ra’ed Saade has won the hearts of many through his charming presence on the show. Although he was introduced to us as Robert Brotherton’s partner, he proposed in the finale of the second season to now be his proud fiance. The two have been living together for a long time and are likely to tie the knot very soon. Presently, Ra’ed works in the tech industry while also holding a deep passion for singing. He even creates content for different social media platforms and is always ready to support Robert through the ups and downs of life.

Where is Nathalie Ulander Now?

Viewers met Nathalie Ulander in the show’s second season, thanks to her relationship with Miriam Haart. The couple actually completed a year together in March 2022 and are now seemingly happily living together. Nathalie graduated from Queens College in June 2022 with a double major in International Business and Economics, along with Finance and Business. Before graduating, though, she was the captain of her college’s female tennis team.

We should mention, given that Nathalie is a Swedish citizen by birth, she was worried about being able to stay in the United States after graduation. According to US laws, a foreign student must obtain a working position within three months in order to continue staying in the country, but even that is not a complete guarantee. However, since she is currently working as a Business Development Representative for Reposite in New York City, New York, we do believe her visa issues have been resolved for the time being.

Where is Yosef Hendler Now?

Though Yosef Hendler does not appear much in ‘My Unorthodox Life,’ he holds a crucial place in the Haart family as Julia’s first husband and father of all four of her children. Plus, the bond he and his ex-wife continue to share is quite amicable, especially as they co-parent their youngest son, Aron. In season 1 of the series, Yosef introduced his girlfriend, Aliza Schulhof, to his eldest three children and the viewers. This relationship has since blossomed into a happy marriage, with every family member incredibly supportive. The ceremony was held in August 2021 and was organized by Aliza, a professional party planner. She has since changed her name to Aliza Hendler and also appears to be on good terms with Julia.

Where is Binyamin “Ben” Weinstein Now?

Binyamin “Ben” Weinstein has left his career as a real estate agent behind to pursue his passion for fashion. Since his divorce from Batsheva Haart, he has not been a part of ‘My Unorthodox Life,’ though his ex-wife mentions him. The duo seems to be on amicable terms, and their split was apparently a mutual decision. Presently, Ben works as a Men’s Stylist and can be contacted through his dedicated Instagram page or email. The reality TV star doesn’t seem involved in a committed relationship. Instead, he seems focused on his career and enjoying life to the fullest. As of writing, Ben is based in New York City, though he did recently travel to Abu Dhabi and Dubai in UAE.