How Did Michelle McNamara Die? 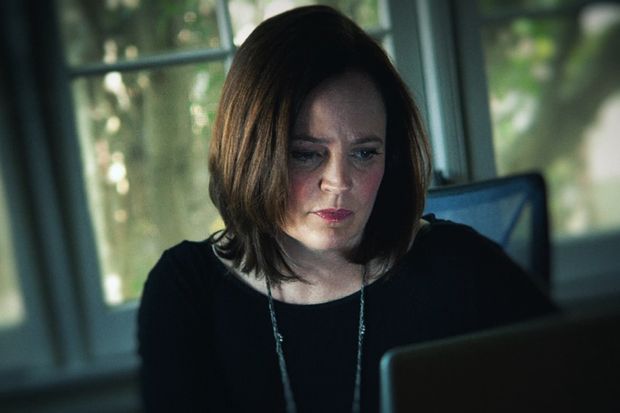 HBO’s docuseries ‘I’ll Be Gone In The Dark’ is a six-part production based on Michelle McNamara’s book of the same name. McNamara was a true-crime author who for years investigated the identity of Golden State Killer (GSK) — a term she coined for the Californian serial killer, serial rapist, and burglar, known as The Original Night Stalker or The East Area Rapist or The Diamond Knot Killer — and then later wrote a book about him.

Who Is Michelle McNamara?

Born on April 14, 1970, Michelle McNamara grew up in Oak Park, Illinois, as the daughter of Thomas W. McNamara, a lawyer, and Rita McNamara, a stay-at-home mother. She and her five siblings, four sisters and a brother, all grew up Irish Catholic owing to her parents’ Irish American heritage. Michelle was always fascinated by true crime and writing, so when she graduated high school, she attended the University of Notre Dame to obtain a bachelor’s degree in English.

After that, she earned an MFA in creative writing from the University of Minnesota and moved to Los Angeles to write in the entertainment industry. Because of her interest in true-crime, which stemmed from the unsolved murder of Kathleen Lombardo that happened two blocks from where she lived when she was young, she became an author. She started gaining an interest in GSK and penned several articles for Los Angeles magazine about the serial killer.

Michelle was not just an author, though, she was a wife as well as a devoted mother. But, while her daughter and her husband, Patton Oswalt, slept, she dedicated her time to investigating cold cases that revolved around the heinous man who was active in the 1970s and 1980s. It was like she was haunted by him but yet was determined to hunt him. Michelle then signed with Harper Collins to publish a book about him and raise awareness about the fact that he was still on the loose.

Unfortunately, before she could publish the book, she passed away. But, Patton Oswalt, who knew of his wife’s dreams, joined hands with true-crime writers Paul Haynes and Billy Jensen to update and finalize the book. And, two years later, “I’ll Be Gone in the Dark: One Woman’s Obsessive Search for the Golden State Killer” was published under her name posthumously. Incredibly, two months after that, in April of 2018, GSK or Joseph James DeAngelo, was caught by the police.

How Did Michelle McNamara Die?

Michelle McNamara passed away on April 21, 2016, via an accidental drug overdose. She had an underlying heart defect, Atherosclerotic Cardiovascular Disease, so when she mixed her prescribed medications of Adderall, Alprazolam (Xanax), and Fentanyl, her heart couldn’t take the strain and she passed away. It happened while she was sound asleep in her Los Angeles, California, home.

The docuseries, though, does an amazing job of honoring her hard work and memories. It features footage of her doing her own investigations of crime scenes, doing interviews with GSK’s victims, spending hours and hours on end reading police reports, and even her happy home life with her husband and daughter. All Michelle ever wanted was to give a voice to the victims and find the perpetrator, and this documentary proves that she did exactly that. (Featured Image Credit: Robyn Van Swank / HBO)

Read More: Where Is The Golden State Killer Now?