Mike Holmes Jr. and Sherry Holmes: Everything We Know 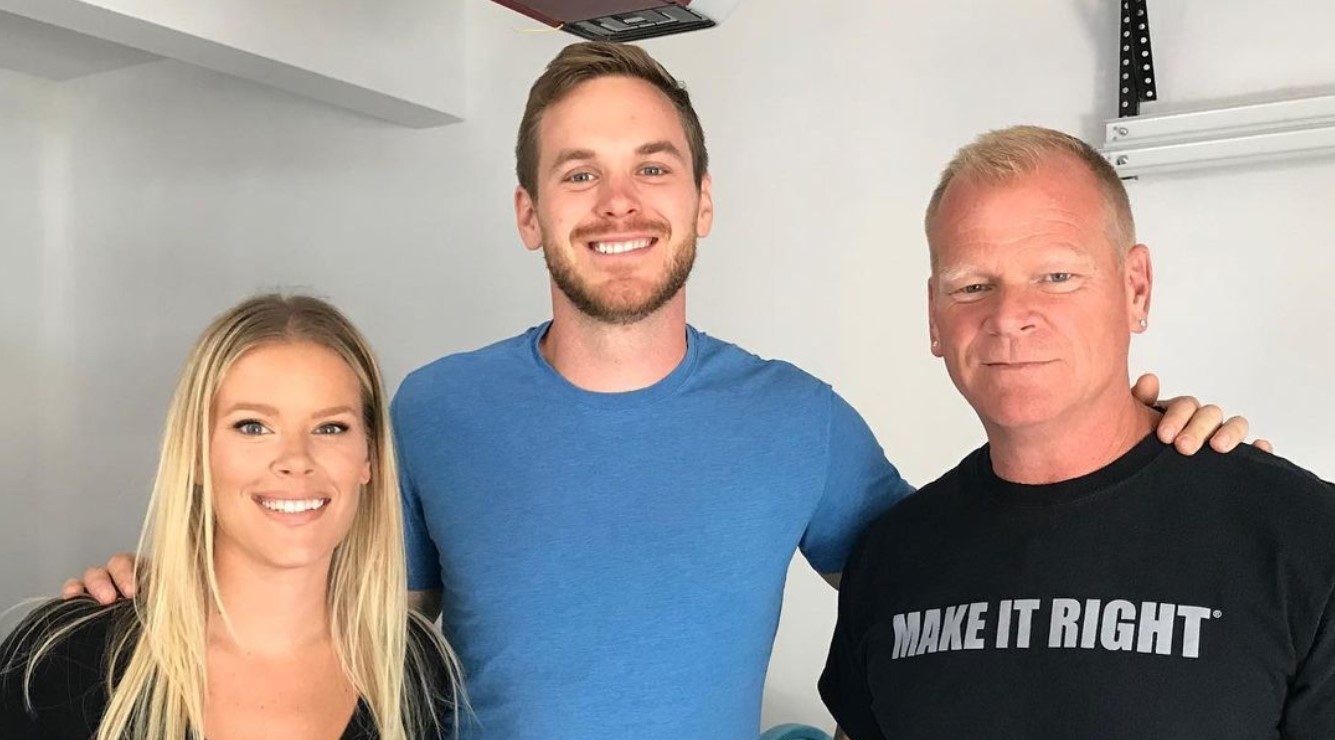 Mike Holmes is a renowned builder, contractor, and reality TV star, who has starred in multiple home-improvement TV shows. His success and dedication inspired two of his children, Mike Holmes Jr. and Sherry Holmes, to follow in their father’s footsteps and make a name in the industry. With the trio now starring on CTV’s ‘Holmes Family Effect‘ amongst other shows, fans have shown quite a bit of curiosity around the Holmes children’s lives. Let’s dig in and learn everything there is about Mike Jr. and Sherry Holmes, shall we?

Mike Holmes and Alexandra Lorex’s middle child, Sherry Holmes, 34, came into this world on June 21, 1987, while their only son, Mike Jr., 32, was born on July 25, 1989. Growing up in Toronto in a tight-knit and loving family, the siblings developed a lovely familial bond with each other. Moreover, Mike Jr. and Sherry are also on wonderful terms with their half-brother as well as their elder sister, Amanda.

Although Mike and Alexandra’s marriage was quite happy initially, the couple faced trouble later. Today the Holmes family is quite well known in the television industry and is worth quite a bit of money. However, they ran into severe financial crises during the recession, and Mike even had to file for bankruptcy in the 1990s. The bankruptcy soured his marriage, and the two ultimately decided to split. Still, the divorce hasn’t affected Mike Jr. and Sherry’s relationship with their parents as they are close to both of them.

With Mike already running a construction business, both Mike Jr. and Sherry grew up surrounded by construction materials and tools. Still, surprisingly, they did not want to get into the construction business. Sources claim that Mike Jr.’s first official job was to sell flowers in Uxbridge. However, with Mike landing a TV contract as a way out of his bankruptcy situation, the family had to get used to cameras, and Mike Jr. was just a teenager at the time of his first on-screen appearance. Although he later mentioned that he was terrified of the cameras, he slowly fell in love with construction and began following in his father’s footsteps.

Sherry, too, had never dreamt of getting into construction, much like her brother. Her only experience in the field came from weekend projects Mike would take on with the family. However, while working in New Orleans to help people recover from the effects of Hurricane Katrina, Sherry realized how much of a difference she could make through construction. That is when she knew she wanted a career in the field and since then has been extra zealous about her work.

Mike Jr.’s first appearance at the age of 14 on the set of ‘Holmes on Homes’ led to an illustrious career as a contractor and reality TV star. He worked on the construction team for a couple of shows, namely ‘Holmes on Homes’ and ‘Holmes Inspection.’ He then began featuring on a host of shows, including ‘Holmes: The Next Generation,’ ‘Holmes and Holmes,’ and ‘Holmes Family Effect.’

Furthermore, Mike Jr. made several appearances on the ‘The Marilyn Denis Show,’ and at present has his new series ‘Holmes Family Rescue.’ Additionally, he has also been credited as a part of the construction crew, and site supervisor on ‘Holmes Makes it Right: Retooled.’

As for Sherry Holmes, she initially worked as a production assistant on ‘Holmes on Homes’ before falling in love with construction and becoming a part of the construction crew. Moreover, she has lent her talent to the construction crew while filming ‘Holmes Inspection,’ ‘Holmes Makes It Right,’ and ‘Holmes Makes It Right: Retooled.’ She then accompanied her brother and appeared on the same shows as him, such as ‘Holmes: The Next Generation,’ ‘Holmes and Holmes,’ and ‘Holmes Family Effect.’ Additionally, fans will be delighted to know that Sherry also makes an appearance on ‘Holmes Family Rescue.’

In August 2017, Mike Jr. exchanged marriage vows with Lisa Grant in a beautiful ceremony. Sources stated that the couple dated while they were teenagers before life took them apart. However, Mike Jr. was always smitten by Lisa and would light up whenever he saw her. Lisa, who now goes by the name, Lisa Marie Holmes, is a registered herbalist and operates The Botanical Apothecary, a holistic clinic for alternative health services. Over time, the couple has built up a wonderful life, and they regularly share snippets of their life together on social media.

Sherry tied the knot with her longtime boyfriend, Blake Steed, in December 2018. Sherry and Blake have built up a loving home and are supportive of each other. The two first became parents back in April 2019, when Sherry gave birth to their daughter, Cali Kay Holmes Steed. Furthermore, in October 2021, they welcomed their younger daughter, Oaklyn Summer Holmes Steed. All in all, Sherry seems to be flourishing in both the personal and professional aspects of her life. And we couldn’t be happier!