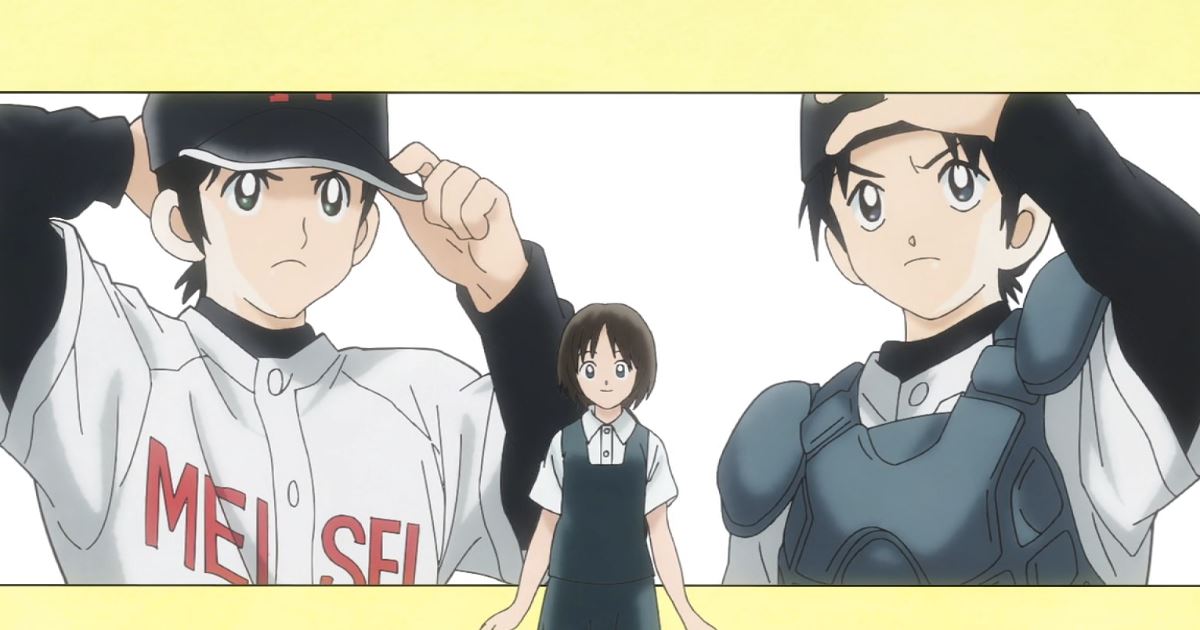 On the surface, ‘Mix Meisei Story’ is just another high-school sports anime that revolves around the lives of two stepbrothers who try to make a name for themselves in their new school. But apart from that, it also brings in several other elements to the story, including family drama and romance. Compared to most other sports anime out there, ‘Mix Meisei Story’ still has some catching up to do when it comes to its popularity, but looking at how great it has been so far, it really does deserve more recognition.

There are certain parts in the anime that will remind you of ‘Slam Dunk’ because of how it balances out its touchy drama scenes with its serious shounen sports-centric action. Its art and animation style is a little old school and that’s probably one big reason why the show is still not so well-known. But since it comes from a relatively small Studio, even the animation is commendable. Overall, ‘Mix Meisei Story’ is the perfect mix of high school and slice-of-life themes that can be enjoyed by pretty much anyone.

Mix Meisei Story Season 2 Release Date: When will it premiere?

‘Mix Meisei Story’ Season 1 premiered on April 6, 2019 and with a total of 24 episodes, it ended on September 28, 2019. The anime has been adapted from an ongoing manga that has 15 volumes so far. Since the manga is ongoing, a few of its recent volumes will not be a part of season 1, which leaves the creators with some content for season 2. Also, as of now, the manga still has a long way to go, so we will certainly see a lot more of it in the future.

The manga was first published in the year 2012, which means that on an average, the mangaka has been producing 2-3 volumes per year. Though its progress is rather slow, we can expect it to have enough content for at least a single cour season 2 by 2020. It is a bit too soon to confirm anything, but as of now, it seems like the anime has a good chance of returning. We can expect some confirmed news regarding ‘Mix Meisei Story’ Season 2 by Fall, 2020. Till then, you should definitely check out our list of other great sports anime shows.

The English dub of ‘Mix Meisei Story’ is available on Funimation.

After a legendary player, named Tatsuya Uesugi, leaves the Meisei Academy High School baseball team, the school is left with a very weak team that fails to keep its record of wins. As it slowly starts to lose all of its fame, two stepbrothers, Souichirou and Touma Tachibana, bring hope with their extraordinary baseball skills. While Souichirou is an excellent catcher and batter, Touma starts to make a name for himself with his excellent pitching. The two second-year boys join the high school team and with sheer determination, they aim to take the team all the way to the National Championship.

Souchirou is Touma’s older stepbrother who is very athletic and is also known for his strategic thinking. More often than not, he also uses his intelligence during baseball games, especially when he’s positioned as the catcher. He also has a younger sister named Otomi and is overly protective of her. He often asks Touma to drop everything that he’s doing to go and accompany their younger sister. He can get a little competitive at times but he later gives up on his position as a pitcher for his bother. He is also quite good looking and he dates many girls throughout his middle school. Later, he falls in love with a beautiful girl named Haruka, but unfortunately, she never really feels the same way for him. He still does not give up and tries to spend time with her by regularly visiting the ramen restaurant where she works as a part-time waitress.

Touma is Souichirou’s younger brother who became a part of the Tachibana family at the age of 6. He has a cheerful and outgoing personality that easily draws people towards him. Coincidentally, Souichirou and Touma were also born on the same day. Touma later tries to compete with his brother and aspires to become a better pitcher than him. Later, because of his super fastballs and also his brother’s kindness, he becomes the main pitcher of the school’s team and his brother becomes the catcher. He also becomes the ace pitcher in his final year of middle school and maintains that position in high school as well.

Otomi is a beautiful and popular girl, who is the youngest sibling in the Tachibana family. She is a talented flutist at the school’s brass band and unlike her brothers, she is really shy and reserved. Touma’s outgoing nature always helps her get along with other people and that’s one big reason why she spends more time with him and even cooks special food for him.