Is Netflix’s Mixtape Based on a True Story? 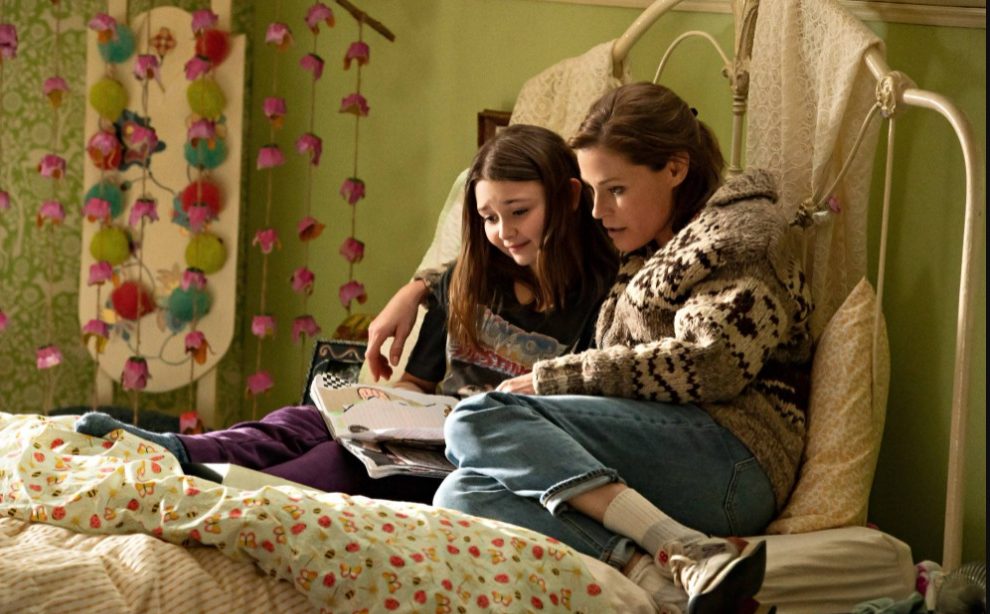 Directed by Valerie Weiss, Netflix’s family comedy film ‘Mixtape’ follows a teenager named Beverly as she discovers a long-lost link to her parents. Orphaned since the age of two, the awkward 12-year-old girl finds a mixtape compiled by her late parents and decides to track down the vintage songs on it. In the process, young Beverly goes on a music-filled and emotional journey along with her friends and some unlikely accomplices like the anti-establishment record store owner.

The film’s quirky plot and vintage setting balance out its heavier emotional aspects, and the eclectic soundtrack brings two diverging generations together. The story is heartfelt and straightforward, making us wonder whether parts of it could be inspired by real events. If you’re wondering whether that’s the case too, you’re in luck. Let’s take a look at whether ‘Mixtape’ is based on a true story or not!

Is Mixtape a True Story?

No, ‘Mixtape’ is not based on a true story. The film is based on a script written by Stacey Menear, with revisions reportedly done by Alice Wu. The story takes inspiration from multiple eclectic interests that Menear put together in his film, most notably those of movement era and music. The protagonist, Beverly, is also a character that the writer conjured in his imagination, down to the distinctive headphones she sports for a large portion of the movie.

Multiple aspects of ‘Mixtape’ draw from Menear’s childhood, including his fascination for underground movements of the era like the Riot Grrrl — a feminist punk movement from the 1990s. He was also driven by his deep interest in music and by wanting to do a film that featured music that one doesn’t hear on the radio (sic). Of course, the central plot device, the namesake mixtape, also stems from the writer’s interest in them. In fact, Menear revealed that he had a collection of mixtapes that he had received over the years and commented on how they were like moments and emotions frozen in time.

The film’s nostalgic 1990s pre-Y2K era thus reflects a lot of the script writer’s interests from his younger days, and the same can be said about the soundtrack. The all-important songs that Beverly’s late parents leave behind in their mixtape are actually songs Menear likes and wanted to include in the movie. Since the script was a personal project that he wrote without being commissioned by a studio or producers, the screenwriter decided to keep the music he thought fit best. A few songs are inspired by Menear’s own mixtapes, while the others result from extensive searches and research.

Lastly, the film’s protagonist, Beverly, is also a fictional character that Menear imagined as an awkward-looking girl with big headphones. While Menear crafted the story, many of its emotional nuances were brought out by director Valerie Weiss, who was drawn to the narrative’s musical and nostalgic themes. Speaking about Beverly’s character and the film, she said: “As a mother of two girls at the precipice of child and adulthood, I felt compelled to direct this story of a 12-year-old girl trying to find her identity through music, friendship, and connection with her young grandmother who is raising her.

Weiss further added, “I knew it was a chance to make a timeless film showcasing the world the way I want my own two daughters and their friends to see it. One that reflects the values they need to make it a better place while celebrating kick-ass music, cool 90’s nostalgia while forging their own identities. A movie that teaches them that nothing is irreparably lost if we can find the courage to connect again.”

Taking the aforementioned factors into consideration, we can thus infer that ‘Mixtape’ is the result of creative vision and inspiration drawn by the scriptwriter from his childhood and love for music. Written as an independent script, the narrative is kept authentic to the writer’s own vision, and despite being entirely fictional, gives us a quaint look at Menear’s interests — both past and present.

Read More: Where Was Mixtape Filmed?