Modern Love Am I…? Maybe this Quiz Will Tell Me Ending, Explained

‘Am I…? Maybe this Quiz Will Tell Me’ is a breezy episode of ‘Modern Love’ season 2 that captures the tumultuous nature of teenage romances. The episode follows a middle school girl, Katie, who finds herself attracted to another girl. This newfound feeling of attraction forces Katie to question her sexuality. Despite the heavy premise, the episode written and directed by Celine Held & Logan George is a very lighthearted exploration of the internet and social media-oriented lives of modern teenagers. The episode sets up a very likable equation between its two protagonists but ends without labeling their budding relationship. If you are looking for some explanation about the episode’s ambiguous ending, here’s what you need to know. SPOILERS AHEAD!

Modern Love Season 2: Am I…? Maybe this Quiz Will Tell Me Recap

In ‘Am I…? Maybe this Quiz Will Tell Me,’ Katie, a teenager finds herself admiring a girl at her school while her friends inform her about a boy, Tyler, who seemingly has a crush on her. Katie’s friends try to push her towards dating Tyler, but Katie insists that she does not like him. The next day at school, Tyler tries to make a move on Katie, but she doesn’t seem to be interested. 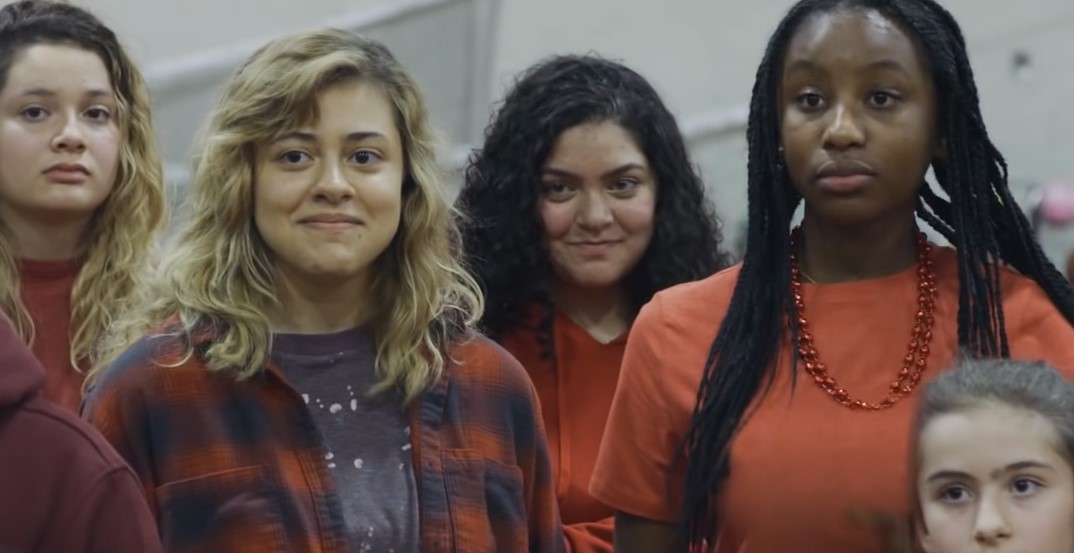 After school, Katie talks to her friends about anime. Alexa overhears the conversation and introduces herself to Katie. The two girls talk about anime and bond. Katie’s admiration starts to turn into attraction. At a school night out, the two girls are inseparable and end up on the second floor, which is off-limits to the students.

Katie kisses Alexa, but the girls are busted. In front of her friends, Katie refuses to accept being with Alexa saying the two do not know each other. The situation becomes more awkward when the girls are punished for breaking the rules. How Katie deals with the whirlwind of emotions resulting from her attraction towards Alexa makes up for the rest of the plot.

Modern Love Season 2: Am I…? Maybe this Quiz Will Tell Me Ending: Do Katie and Alexa End Up Together?

After leaving school, Katie ends up spending a restless night at home endlessly scrolling through social media. She takes an online quiz to find out whether she is gay and tries to make sense of all the things she has said and done. In the morning, she goes to Alexa’s home and waits for her to come back. Alexa arrives, and Katie apologizes for embarrassing her. Alexa admits that she is also attracted to Katie and invites her to breakfast. 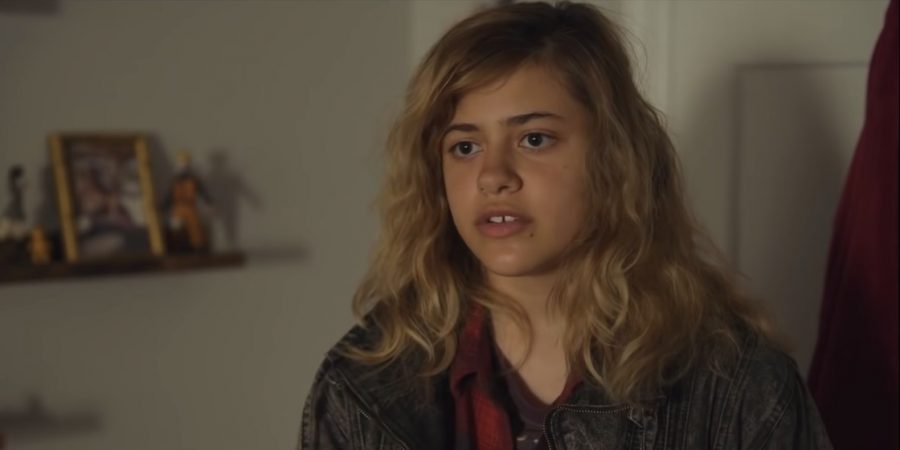 The episode subverts the complexity with which modern LGBTQ+ relationships are portrayed on-screen. The validity of the questions arising from Katie’s conflicting feelings about her sexuality is conveyed seamlessly. The ending signifies that Katie does not need to depend on any external sources to find the answers to these questions. After Katie hears that Alexa also wanted to kiss her, she feels a sense of relief, and her inhibitions fade away.

On the surface, it seems like Katie is worried about being attracted to a girl, but on deeper inspection, we realize that she is also worried about how her feelings can negatively affect Alexa. Both girls may not yet be ready for a serious relationship, but it seems like they are willing to give it a try. Alexa inviting Katie to breakfast, and Katie’s reaction, confirms that the girls are ready to form a romantic relationship with each other.

Is Katie Gay or Asexual?

In one scene, Katie is seen taking a quiz that claims to tell her about her sexuality based on a number of generic questions. During her conversation with Alexa, Katie mentions that she firmly believes she is not gay. She also mentions that the quiz result says that she is asexual. The note on which the story ends makes it difficult to deduce Katie’s sexuality. It is possible that she has been using these outside influences such as social media to suppress her attraction towards Alexa.

The fact that Katie is glad to learn that Alexa is also attracted to her is enough evidence to infer that Katie is not straight. She is in the process of discovering if she is gay or bisexual. Katie uses the quiz result as an excuse to avoiding heartbreak and rejection from Alexa. This might also be the reason why Katie refuses to believe that Tyler likes her. Katie’s character reflects the inner insecurity that modern teenagers carry. In the end, it is clear that Katie is not straight. However, the story is also about the deep-seated self-rejection seen in modern teenagers. The underlying message here is we do not need to check the internet to find how we truly feel.