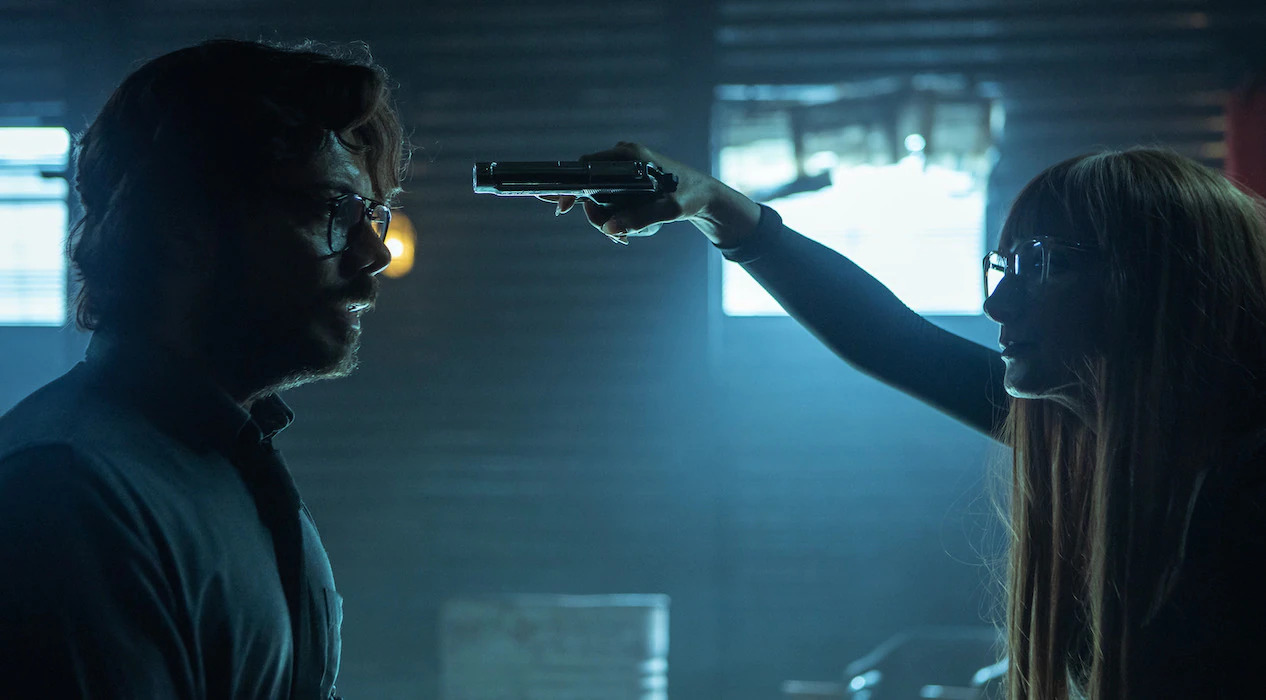 Netflix’s popular Spanish thriller-drama series ‘Money Heist’ returns for the 5th season with an action-packed thrill ride of a season premiere. Titled ‘The End of the Road,’ it picks up right where season 4 ended. Alicia Sierra (Najwa Nimri) finds the Professor or Sergio Marquina’s (Álvaro Morte) hideout and captures him. Meanwhile, after arriving at the Bank of Spain, Lisbon or Raquel Murillo (Itziar Ituño) takes charge of the heist and initiates Plan Rome, which the Professor came up with knowing that the authorities will bring in the military. In flashback scenes, Berlin or Andrés de Fonollosa (Pedro Alonso) meets his estranged son Raphael (Patrick Criado). Here is everything you need to know about the ending of ‘Money Heist’ season 1 episode 5. Spoilers ahead.

After capturing the Professor, Alicia tells him that the only reason he isn’t dead is that she doesn’t want to go to jail as someone will need him for the next 18 years, referring to her unborn child. At the Bank of Spain, after the initial fervor of the reunion recedes, Lisbon gives the rest of the team details on the Plan Rome. 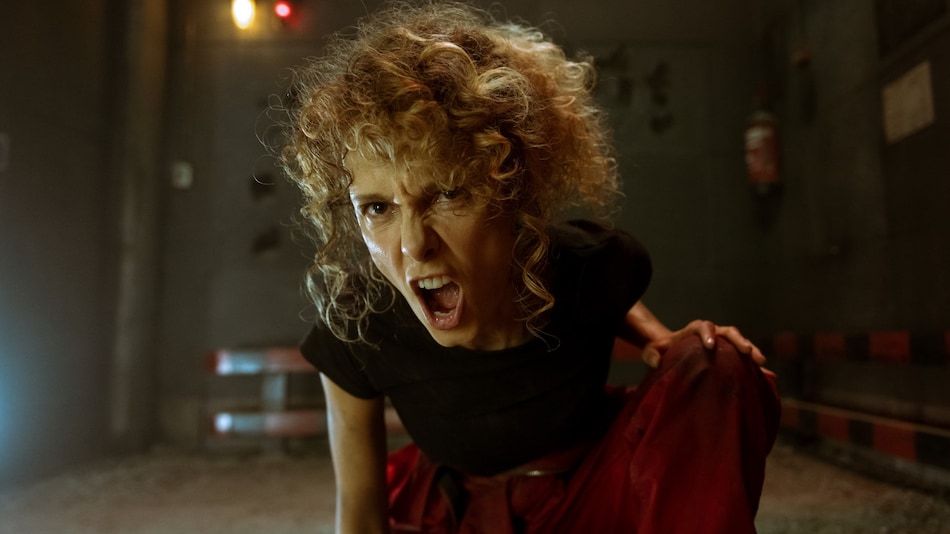 The Professor came up with this contingency plan as he knew when he and the rest of the team rescued Lisbon, the only member of the crew that the authorities still had in their custody, they would feel humiliated and call the military. And that’s what exactly happens. Colonel Luis Tamayo (Fernando Cayo) contacts Sagasta, a commander in the special forces who has led covert operations in Yemen, Afghanistan, and Mali.

However, as most team members didn’t know about the plan, it causes some friction between them. Tokyo or Silene Oliveira (Úrsula Corberó), and Lisbon share a poignant moment, during which the former speaks about her past love, who was killed in front of her. The team soon discovers that Alicia has captured the Professor. With the arrival of Sagasta and his unit, realization dawns on them that they will probably not get out of this alive. Meanwhile, Marseille (Luka Peroš) leads the police on a wild goose chase.

Money Heist Season 5 Episode 1 Ending: What Is Plan Rome? What Is the Stormwater Tank?

As mentioned above, the Professor correctly figured out that after they rescued the captured member of the team (at the time, he didn’t know who that might be), the authorities would try to end the situation as quickly as possible. And like most of the time, the Professor is proven to be accurate. For Tamayo, it becomes a matter of ego and self-preservation. The lives of the hostages don’t matter to him any longer if it ever did. By involving the military, he effectively turns the hostages into prospective victims of collateral damage. Both sides have called the heist a war. And in warfare, the collateral damage is often an unfortunate but unavoidable reality.

The Professor named the plan after Rome because he believed that the heist at that point would resemble the burning of Rome during Nero’s reign. Following his instructions, Lisbon tells the rest of the team to extract the 60 tons of gold they have melted already and leave the rest behind. However, some members, especially Bogotá (Hovik Keuchkerian) and Tokyo, vehemently disagree with the new tangent, fearing that diverting from the original pan will prove disastrous. 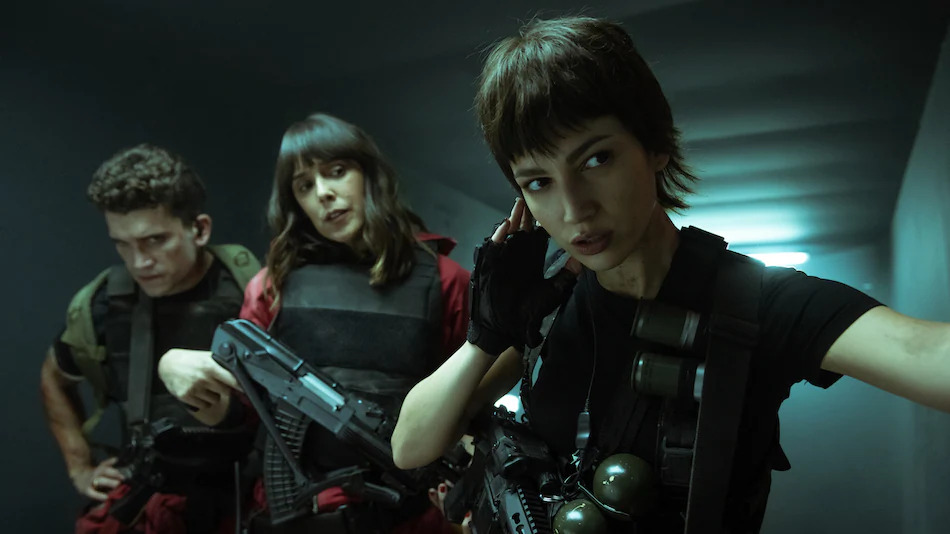 However, they are forced to set aside all their differences and panic collectively when Alicia lets them know that she has captured the Professor and knows about the stormwater tank through which the team has been planning to extract the gold. With that being exposed, the team wonders whether the Professor came up with another plan. But Lisbon claims that this was the only plan they had.

Now, there are still certain things that can potentially salvage the situation for the team. Marseille and Benjamin (Ramón Agirre) are on their way to the hideout. They might rescue the Professor. Furthermore, no one at the Command Camp knows that Alicia has captured the Professor. And Tamayo has instructed his subordinates to falsely implicate Alicia as the traitor who leaked information to robbers. The team can also use this to their advantage.

Does Marseille Get Arrested?

No, Marseille doesn’t get arrested. The professor knew that Marseille wouldn’t be able to get away from the authorities while he was still flying. So, he hatched a plan about how to extract him after he landed the helicopter. Benjamin and some members of his crew pose as sheep farmers. After the police arrive, they claim that the robbers have killed their sheep. As the Professor predicted, the authorities don’t consider Benjamin and his crew guilty as they act indignant and obsessive over lost cattle.

After Benjamin tells the police that the helicopter pilot was picked up by a red Volvo, the same car model that the team used to free Lisbon, they leave to search for it. When they ultimately find it, they discover that the husband of the woman used as a decoy for Lisbon at the court was driving it. Meanwhile, Marseille escapes with Benjamin and his crew.

Why Does Berlin Meet Raphael?

The flashback scenes show Berlin meeting his son Raphael in some town in what looks like Northern Europe. Berlin very characteristically declares to an incredulous Raphael that the latter should apologize to him for being born, coming between his parents, and eventually causing their separation. They go to a high-end restaurant where Tatiana (Diana Gómez) soon joins them. Her presence seems to unnerve Raphael, just as Berlin wants. In his introductory episode, Raphael appears to be an introvert archetype. He even has a pair of headphones around his neck to shut the world out whenever he needs to.

The reason Berlin meets his son is to recruit him for the original Bank of Spain heist. Raphael is an electronics engineer with a post-graduate degree in cybersecurity from the Massachusetts Institute of Technology. Berlin paid for that education, and now it seems that he has come to reap the rewards. Raphael is meant to serve the same role in the original Bank of Spain heist that Rio or Aníbal Cortés (Miguel Herrán) serves at the Royal Mint.