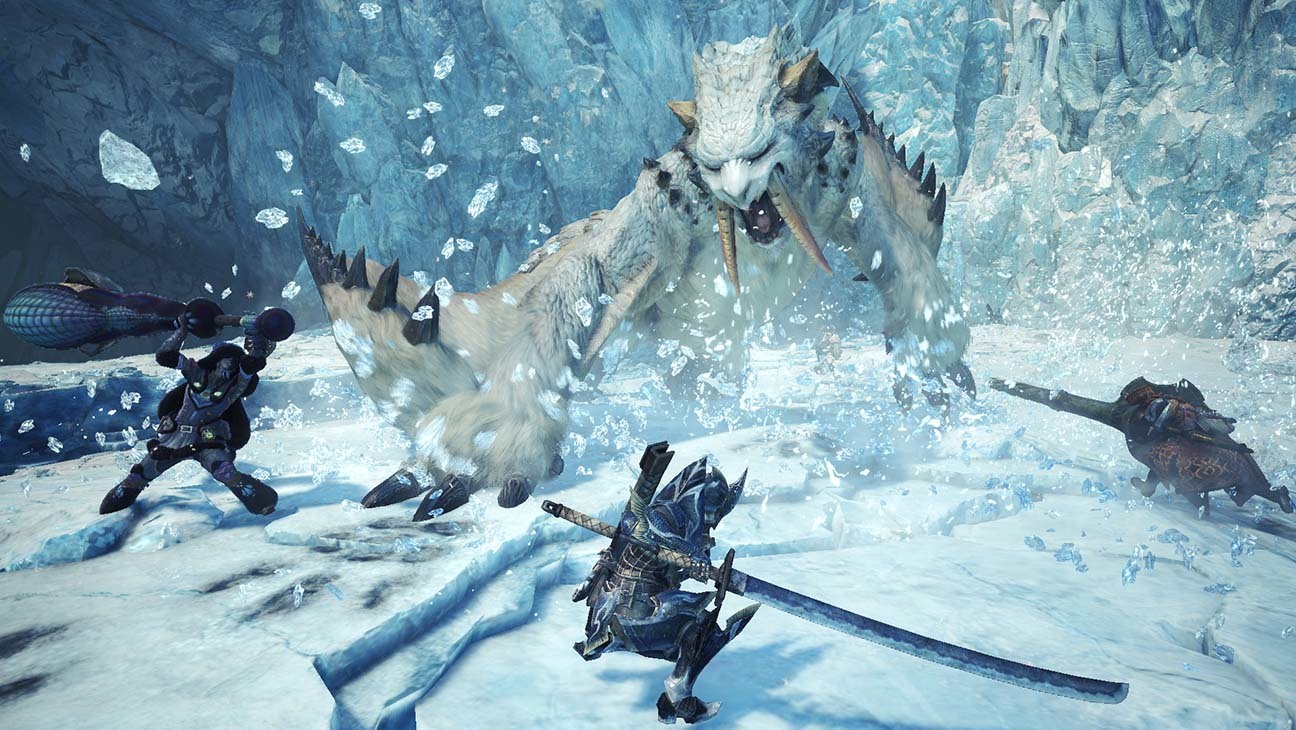 The ‘Monster Hunter’ series of games have long been one of the crown jewels of Capcom’s collection. The series has sold a mind-blowing 55 million units as of June 2019, putting it behind only the ‘Resident Evil’ series in terms of profitability and widespread appeal for Capcom.

As the name would suggest, the franchise, which started out in 2004 with the original ‘Monster Hunter’ for the PlayStation 2, is a fantasy action game with a primary focus on slaying a wide variety of dire monsters across a variety of enchanting locales. A huge part of Capcom’s renaissance in recent years is last year’s ‘Monster Hunter: World’, which launched to near-universal acclaim and managed to shift over 2.5 million units within the first week of its release.

Now the game is about to get its first major fully-featured expansion pass titled ‘Monster Hunter World: Iceborne’, with all new monsters, locations to explore and weapons. Read on to find out everything we know about the latest addition to the esteemed ‘Monster Hunter’ saga.

The first expansion ‘Monster Hunter World: Iceborne’ introduces an all-new subcontinent to the world of ‘Monster Hunter: World’. When a mysteriously alluring song is heard all across the New World, the Coral Highlands native Legiana monsters begin migrating beyond the sea into a hitherto undiscovered polar subcontinent.

The new land is dubbed as the Hoarfrost Reach. A base of operations called Seliana is set up there. Hoarfrost Reach is a frigid land, with endless stretches of snow and unstable ground that could collapse at a moment’s notice. To successfully navigate the harsh tundra landscape, you have to tame certain smaller monsters and ride them in order to track another monster or travel across the map.

The new expansion will feature a number of gameplay improvements as well, including 14 new weapon types with their own unique moves and combos. Every weapon will also feature the new Clutch Claw function, which allows you to grapple onto monsters for even more monster-slaying avenues. Complemented by the new weapons are all new monsters such as the snow swimming Beotodus, the enraged Banbaro, the elder dragon Velkhana and more.

‘Monster Hunter World: Iceborne’ also fleshes out the end game of the base ‘Monster Hunter: World’ with the new Master Rank difficulty, which replaces the erstwhile G Rank from older Japanese releases. The new difficulty level introduces all-new crafting material into the game and ramps up the monster’s power level to a ludicrous extent.

Monster Hunter World: Iceborne Developers: Who Are the People Behind It?

Monster Hunter World: Iceborne Release Date: When and Where Can I Play It?

‘Monster Hunter: World’ released on January 26, 2018, for the PlayStation 4 and Xbox One consoles, with a PC release coming a few months later on August 9. The ‘Monster Hunter World: Iceborne’ expansion is already available to play on the PlayStation 4 and Xbox One consoles, having released on September 6, 2019. The PC launch date is a few weeks away on January 9, 2020.

The ‘Monster Hunter’ franchise is a series of fantasy action RPGs (Role Playing Games) presented from a third-person view. The series started out as a PlayStation platform exclusive but later branched out to several other platforms including numerous Nintendo consoles and the Xbox 360/Xbox One. The fundamental formula of all the ‘Monster Hunter’ games is the same – you take on the role of a hunter, tracking, trapping and eventually slaying a variety of gargantuan monsters across a variety of different regions.

The monster hunting is part of the game’s quest system, which is assigned to you by the game’s NPCs (Non-Playable Characters). Every time you kill a monster, you gain some unique loot that can be used to upgrade your weapons, armor, and accessories, along with various other resources and items littered across the game world. All upgrades are done via the games’ robust crafting system, allowing you to take on even stronger monsters eventually.

2018’s ‘Monster Hunter: World’ adopts much of the same gameplay loop as its predecessors but also introduces several new improvements to make it one of the best ever entries in the series. Thanks to modern technology, the environmental “zones” found in the previous games have been completely eliminated in favor of an expansive yet seamless open world.

The user interface, menu systems, and tutorial sections have also been completely overhauled in order to create a truly next-generation ‘Monster Hunter’ game. Other improvements include significantly improved monster AI for more challenging battles, better physics and a refined cooperative multiplayer experience within a persistent world. All of these changes and more, quickly won over gamers all over the world, making ‘Monster Hunter: World’ Capcom’s best selling game of all time with 14 million-plus copies shipped by October 2019.

You can watch the trailer for ‘Monster Hunter World: Iceborne’ right here.