Crime Junkie: What Happened to Najah Ferrell and Angie Barlow? 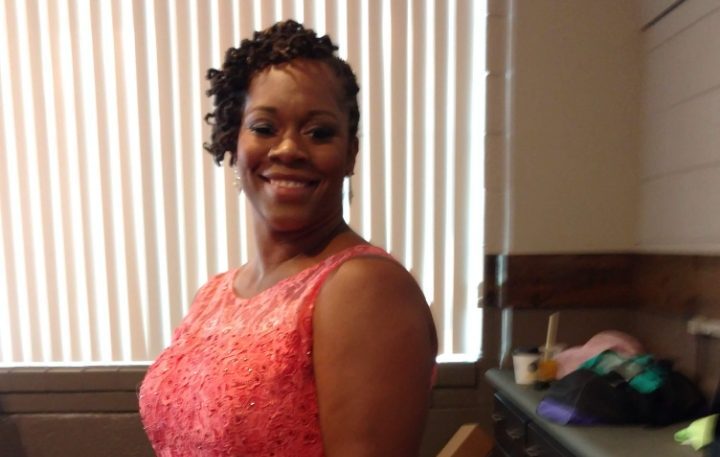 ‘Crime Junkie’ is a true-crime podcast, which takes us into the details of horrific murders, or foul play, that befalls ordinary people. The Indianapolis based podcast turns its attention to two cases, that of Najah Ferrell and Angie Barlow. As we go deeper into the lives of these Indianapolis women, we realize how the law enforcement officials are also baffled by what happened to them. Curious to know more about the women, and if there are any new leads? We have you covered right here.

Who is Najah Ferrell? What Happened to Her?

Najah Ferrell is a 30-year-old mother of two children and three foster children. She was engaged to be married and was last seen at her home near County Road 100 South and Dan Jones Road in Avon, in the early hours of March 15, 2019. She had started a new job at Panera Bread on West 86th Street near I-465 and Zionsville Road. Since her black Nissan Altima was found in the parking lot of the Studio Movie Grill, near the intersection of Michigan Road and West 86th Street, 2.5 miles east of Panera Bread, police deduced that Najah disappeared from the northwest side. Some personal items, which might have belonged to Ferrell, were found around I-465 and Lafayette Road.

What started as a disappearance case, was categorized as a death investigation in April 2019. Fishermen managed to find human remains at a pond off I-65 and 109th Avenue, at Crown Point. However, apart from the foot, a thorough search of the pond did not yield any other results. You can check out the update by the Avon Police below.

**NAJAH FERRELL UPDATE**
Our agency has been notified by Crown Point, IN Police of remains found that have been preliminarily identified as Najah Ferrell. We have investigators enroute at this time to further this investigation. Please be patient as we provide updates.

Najah Ferrell Update: Are There Any New Leads?

Despite the determination to keep Najah’s case alive, the police have been unable to find her. Naturally, it is not possible to have a cause of death without the body. Moreover, the police do not seem to have any official leads either. On March 15, 2020, which marks the first anniversary of her disappearance, the police sent out a plea, asking anyone with information to come forward. You can check out the tweet below.

March 15th 2020 marks the one year mark since Najah Ferrell was reported missing by her family. Our team continues to work with the Indiana State Police and the Federal Bureau of Investigation on this investigation. pic.twitter.com/eiNj20KgQc

As the tweet indicates, there are no suspects and not even enough information to conclude the case satisfactorily, at present. However, with the FBI joining in and all departments pooling their resources, one can hope Najah’s case to be resolved soon.

Who is Angie Barlow? What Happened to Her?

Angie Barlow came from a different walk of life. She was a dancer who went missing at the age of 23. On October 26, 2016, she was invited to dance in a private party at Landmark Apartments & Townhomes of Indianapolis. Since the text message did not include the sender’s name, just an address and some wardrobe requests, it did not sit well with Angie. She forwarded the address to her roommate as insurance, in case she went missing. When she didn’t come home the next day, the roommate informed her parents. They searched hospitals and lockups, before filing a missing person report with the Indianapolis Metropolitan Police Department.

Twelve days after she went missing, the police found her car, a blue Pontiac G6. It was more than eight miles away from the northwest side of the apartment complex she went to. The DNA swabs of the car hinted at blood being found in the backseat. The case went quiet for a while after the discovery. The police continued to follow up on leads. The most notable one came in May 2017, when a call hinted that someone at a home in E. Streeter Avenue was connected to Angie’s disappearance. However, upon investigation, the police arrested multiple people on unrelated charges. You can check out the local news report of the incident here.

All this while, the family kept pleading for someone to come forward with answers if they knew something about Barlow’s case. Finally, the cops received a tip in June 2017. The caller said they’d find Angie’s body in the city’s northeast side. Sure enough, they discovered a body in a shallow grave at a house on E. 43rd Street. Kramer went to the Marion County Corner’s Office to identify her daughter.

Angie Barlow Update: Are There Any New Leads?

Presently, there are no leads in Angie’s case. The Kramers still hope for justice and continue looking for more information about their daughter’s murder. Interestingly, among the people arrested in May 2017, was a woman who stole $7,000 from Angie’s grandmother’s bank account. Beyond that, there is no connection to the deceased. An even more fascinating arrest was made in Angie’s case, soon after the missing person report was filed. The cops noticed a car had been following Angie the night she went to the party. They managed to track down the couple driving the car and brought them in for questioning. One part of the couple also used to go out with Angie, so a connection was made.

However, the couple insisted that Angie had left the private party alive. Since there was no contradictory proof at the time, the cops were forced to cut them loose, and they skipped town. However, at one point, the Kramers were convinced that the two had something to do with Angie’s death. They believed she was set up for murder by the two since they had been trying to get Angie to perform at a private party for months.

Since the police did not extensively search for the couple, it appears that they might not buy into this theory too much. For now, Angie’s case remains unsolved as well, but her loved ones deserve their peace of mind. Perhaps the focus that ‘Crime Junkie’ redirects at these cases, will urge someone to come forward with relevant information. [Cover Picture Courtesy: The Ferrell Family]