Nathaniel Curtis: Everything We Know About the Actor 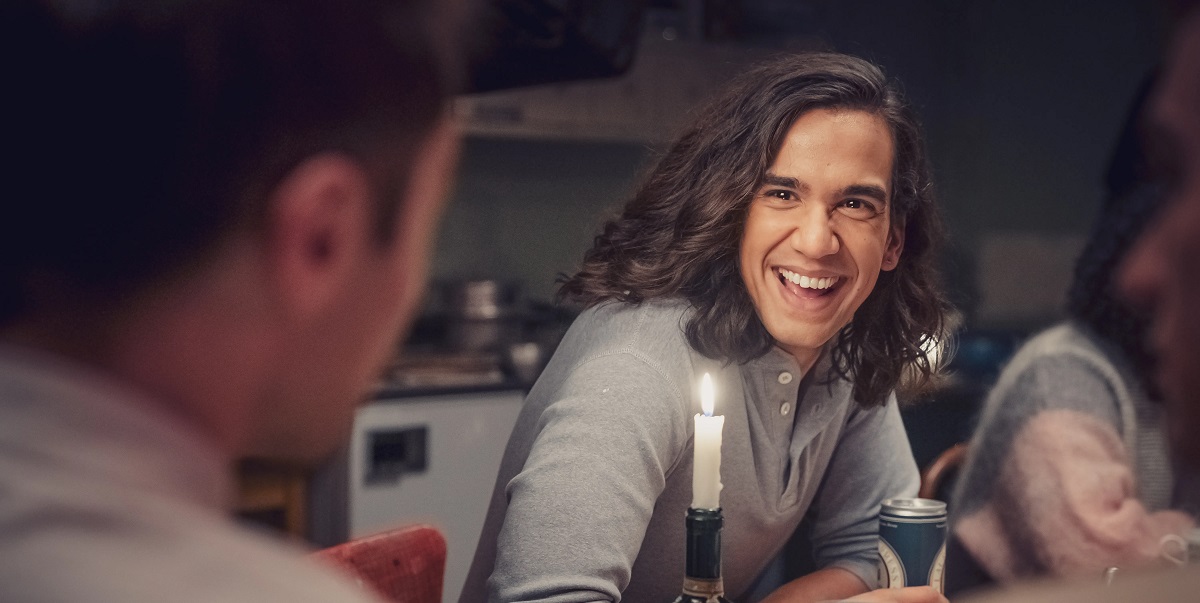 Actor Nathaniel Curtis became highly popular thanks to his portrayal of Ash Mukherjee in ‘It’s a Sin,’ a British historical series. The show is set in the 1980s and revolves around a group of gay men who are living in London, UK. Having moved to the city in order to make their dreams come true, their lives are turned upside down due to the HIV/AIDS outbreak. Through its groundbreaking storyline, the series depicts the struggles faced by the members of the LGBTQ+ community at the time and how the people in power handled the situation.

One of the most intriguing characters on the show was Nathaniel’s Ash, whose story captivated the audience and made many viewers feel represented. The actor was recently also seen in the fifth season of ‘The Great British Baking Show: Holidays,’ where he amazed everyone with his baking skills. Naturally, many fans are eager to learn as much as possible about the talented actor. Well, we are here to share what we know about the same!

Born on December 29, 1990, Nathaniel Curtis grew up in Bournemouth, a coastal resort town in the Southern United Kingdom. His mother is English, while his father is Indian, meaning that Nathaniel is ethnically half-Indian. The actor has an older sister named Sarah and adores his nephew, whom he met for the first time in 2019. According to Nathaniel, his first ever acting gig was in a Nativity play at a young age which helped him fall in love with the field.

Growing up, the actor did not feel heavily represented in the field of entertainment. “Indian characters were either smart or funny, very rarely both. And definitely never sexy,” he explained to Guardian. However, that did not stop him from pursuing his passion for acting, and he kept partaking in school plays and similar events. Nathaniel went on to apply to a drama school at the age of 19 and was selected. In 2014, he graduated at the age of 23 from East 15 Acting School (University of Essex) in Loughton, UK.

After graduating from school, it was hard for Nathaniel to break into the entertainment industry. “I’m so tall, I’m half-Indian [and] the opportunities weren’t really there five years ago,” he told the Independent in 2022. Hence he had to work in retail and charity and even worked as an educator with primary school and special-needs children. The latter ended up giving him a much-needed insight into his role in ‘It’s a Sin.’

After trying to look for possible jobs as an actor, Nathaniel’s luck turned around in 2019 when he was selected for the role of Romeo in Open Bar Theatre’s ‘Romeo and Juliet.’ The actor’s performance even helped him get a nomination for the 2020 Off-West End Theatre Awards. He went on to play the leading role of Ferdinand in Open Bar Theatre’s ‘The Tempest’ in 2020. Some of his audio projects include ‘Torchwood: Cuckoo,’ ‘Auris,’ and ‘Torchwood: The Five People You Kill in Middlesbrough.’

In 2021, the world saw Nathaniel as Ash Mukherjee in ‘It’s a Sin’ and could not get enough of him. His portrayal of a gay teacher who was struggling in his personal as well as professional life earned him praise from viewers and critics alike. Soon afterward, came back to the stage with the role of Britannicus in the eponymous play by Lyric Hammersmith. Nathaniel’s next television role after ‘It’s a Sin’ is equally impressive, given his participation in Netflix’s ‘The Witcher: Blood Origin’ as Brían. The show serves as a prequel to the beloved ‘The Witcher‘ series and introduces many new characters to the fictional universe.

Just after his rise to fame, Nathaniel was seen in ‘The Great British Baking Show: Holidays’ season 5 with many of his castmates from ‘It’s a Sin.’ Like any other contestant on the cooking show, he had to go through three rounds of challenges in hopes of claiming the title of Star Baker in the Christmas-themed episode. Much to his joy, Nathaniel was indeed able to win the competition. As of writing, the actor is apparently working on another television project, which is scheduled to be released sometime in 2023.

As of writing, Nathaniel Curtis is apparently single and seems to be enjoying life to the fullest. The actor has stated that he identifies as queer, though he is unsure if he considers himself gay, bi, or non-binary. However, he is a proud member of the LGBTQ+ community and often talks about the issues relevant to people across the world. He has also shared his experiences regarding how the Indian culture can sometimes be highly unforgiving to LGBTQ+ people.

Though Nathaniel’s dating history has not been officially revealed, he has been rumored to be dating Jessica D’Arcy. Nevertheless, the actor seems to be focused on his career and is looking forward to more projects in the future. When not working, he seems to enjoy the company of his loved ones. We are sure his fans are equally excited to see more of his work and hope for his success in his future ventures.