‘Navarasa’ is a Tamil-language anthology series created by Mani Ratnam. It features a set of short films which explore the nine rasas of the Indian aesthetics theory. ‘Edhiri: Karuna,’ directed by Bejoy Nambiar and starring Vijay Sethupathi, Prakash Raj, and Revathi, deals with the Karuna rasa, which means the emotion of compassion or kindness. The story revolves around a man who commits a murder and the resulting guilt that he faces. If you watched the short film and were left perplexed by its themes and motifs, let us help you with some insights. Here’s what happens at the end of ‘Edhiri: Karuna,’ and what it means. SPOILERS AHEAD!

‘Edhiri: Karuna’ (Edhiri means the Enemy) tells the story of Dheena, a man who arrives at Savithri’s house. Savithri’s husband is an influential man who people often come to for help. As Dheena and Savithri’s husband, Sivaraman speak behind closed doors, the lady hears a loud noise. She rushes towards the room and finds that Dheena has murdered her husband. 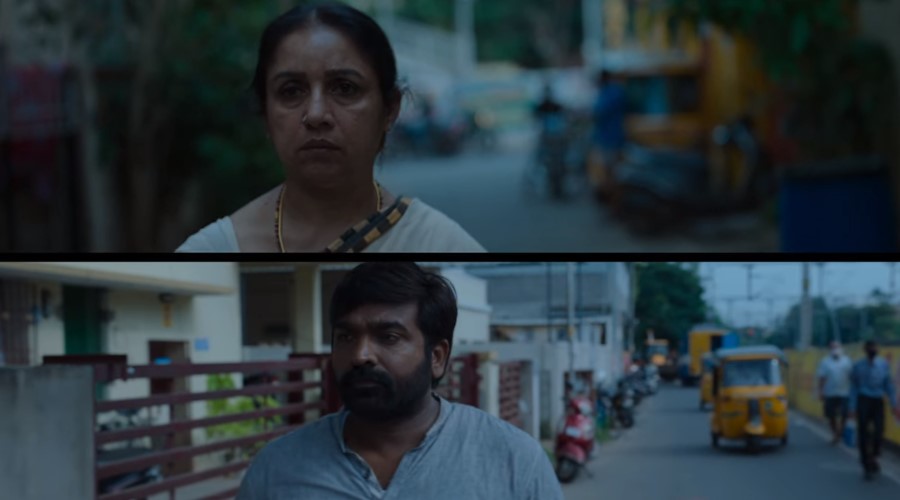 Dheena flees from the crime scene and hides out in an old house. There he meets an old man who keeps trying to talk to him. After some hesitation, Dheena opens about the act of murder that has occurred at his hands. Dheena reveals that his brother went to Sivaraman for help, but even after doing everything as the man said, Dheena’s brother ended up broke and died by suicide. In a flashback, we see: Dheena had gone to Sivaramana’s house as he blamed the man for his brother’s death.

Their conversation takes a heated turn when Sivaraman suggests that Dheena’s brother was too weak to face the harsh realities of life. An enraged Dheena hits Sivaraman, who dies. In the present, we learn that the man Dheena is speaking to is Sivaraman, who appears to be a projection of Dheena’s guilt. The two men talk about compassion and grief and discuss whether it is morally correct to kill someone. Dheena realizes that the only way he can free himself of the guilt is by asking for Savithri’s forgiveness.

Towards the end of the story, Dheena musters up the courage to face Savithri. He arrives at her house and learns that she is at a nearby temple. Dheena meets Savithri and asks for her forgiveness. However, Savithri says that she cannot forgive him. Not because Dheena killed her husband, but because she also feels responsible for his death. 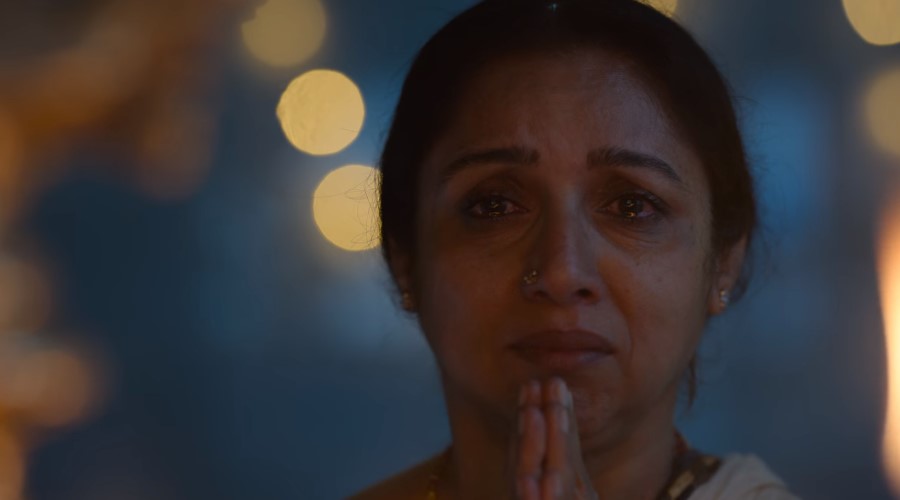 Savithri reveals that she hadn’t been on speaking terms with her husband for almost ten years because of a small argument. However, she feels that she should have set aside her issues with Sivaraman and entered the room to calm down the two men. Therefore, Savithri says that she herself is looking for forgiveness. The story ends with Savithri praying to God.

At the start of the short film, we see a visual parallel between Savithri and Dheena. However, we quickly realize that both are different people. While Savithri is soft and compassionate, Dheena is hotheaded. The shots of the two main characters played parallel to each other foreshadow their shared emotion of remorse with which the story ends. Despite her compassionate nature, Savithri fails to show the same towards her husband, which makes her feel responsible for his death.

Hence, Savithri feels she is in no position to forgive Dheena. Savithri reflects on the tragedy and comes to the conclusion that she played a part in her husband’s death. Had Dheena done the same, he could have been able to show mercy to Sivaraman. Savithri could have blamed Dheena and absolved herself of the guilt, but she chooses not to. Sivaraman could have shown some compassion to Dheena’s brother and helped the poor man. Thus, the entire tragedy was easily avoidable with a little compassion and mercy.

At the start of the story, we do not get a clear view of Savithri’s husband, Sivaraman. It is later when Dheena starts talking to the old man we realize that he is Sivaraman. This particular interaction can be confusing as Sivaraman is killed by Dheena earlier in the story. That is indeed the case, and the person Dheena is speaking to is a projection of Dheena’s guilt combined with his hatred for Sivaraman. 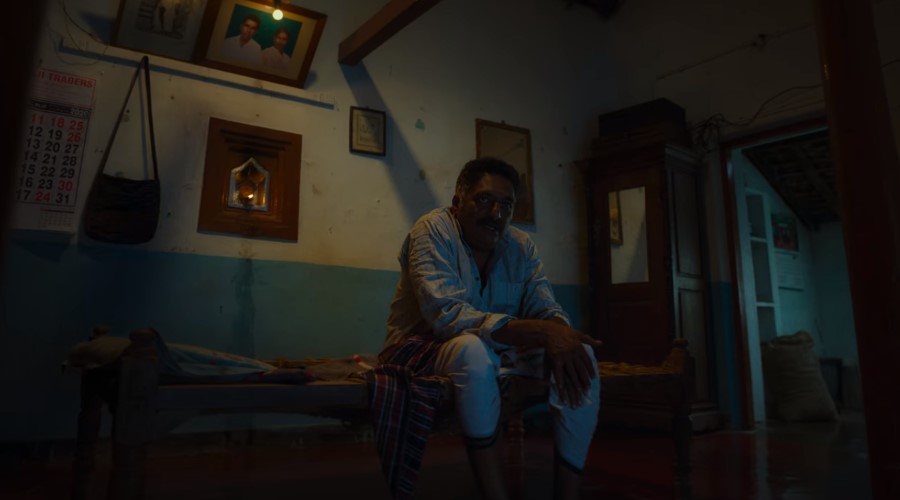 Sivaraman’s words during the conversation seem to justify Dheena’s actions and hint that the man deserved to die. However, that might not be the case, as we do not know whether Sivaraman felt any remorse for the death of Dheena’s brother. Dheena’s version of the events suggests that Sivaraman wasn’t remorseful or guilty, but that could just be one side of the story. Nonetheless, the death of Sivaraman drives the plot forward and gives the audience an interesting moral puzzle to solve.

Read More: Where Was Navarasa Filmed?