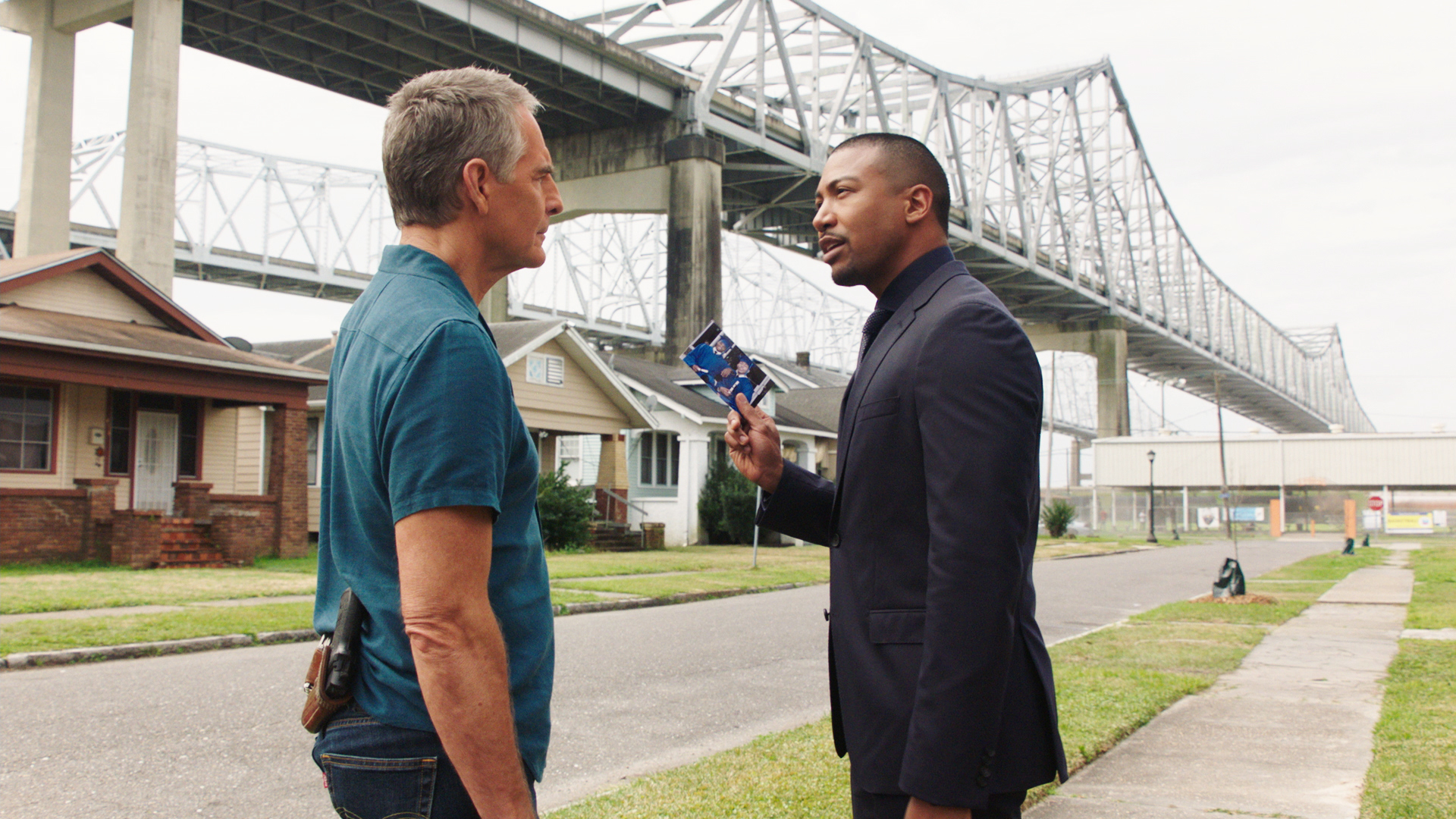 ‘NCIS: New Orleans‘ is back with another episode in Season 6, which has seen our favorite characters taking on several dangerous cases. We’ve also seen Pride trying to deal with his past, which is affecting is efficiency in the field. The last two episodes see the team trying to save a naval engineer’s daughter, and bringing down a dangerous man named Hardin.

Naturally, you might be curious about what goes down in the latest episode. We are here to tell you that and walk you through when and where to watch the upcoming episode.

‘NCIS: New Orleans’ Season 6 Episode 18 is slated to be released on Sunday, March 29, 2020, at 10/9c. Titled “A Changed Woman”, the episode sees the team trying to track down suspects when a Navy sailor turns up dead. Hannah ends up coming to terms with her daughter’s relationship with her ex’s new girlfriend.

The episode starts with an officer from NOPD (New Orleans Police Department) chasing a suspect. While the suspect manages to lose himself in the crowd, the officer is surrounded by people. He notices a man who looks similar. This individual seems to have a gun in his hand, and the officer shoots him dead, believing it to be in self-defense.

After detective Ted kills Petty Officer Third Class Ali Mitchell, he cannot find a gun on the man. Naturally, people believe that Ted used excessive force because Mitchell was black. With racial tensions flaring, the NCIS is called in, due to the victim being a Navy man. It turns out that Mitchell was on track to rise through the ranks, while Ted has had previous cases against him for excessive use of force.

Carter, the new NCIS member, is biased towards Mitchell, but the team knows they have to navigate this case carefully, to keep all sides happy. An investigation turns up that the man being chased is Gerald Young. Since Young seems to have disappeared, the team focuses on tracking him. It appears that Young and Mitchell used to be good friends.

Naturally, the question arises whether Mitchell was involved in this. Meanwhile, the NOPD tries to find the gun. Although unsuccessful at first, they do find a weapon. Pride is under pressure from Washington to provide a united front and go with the NOPD’s statement. However, he states that the gun does not have conclusive evidence, to be called Mitchell’s.

Finally Young comes forth, clarifying that Mitchell had nothing to do with this case. He had his cell phone in his hand and was recording the festivities. Ted thought the phone was a gun. Although Ted is excused, he resigns from the force. Mitchell’s family is compensated by the police department’s insurance fund, and the episode ends with a wonderful funeral service for Mitchell.