Is Netflix’s Get Even Based on a True Story? 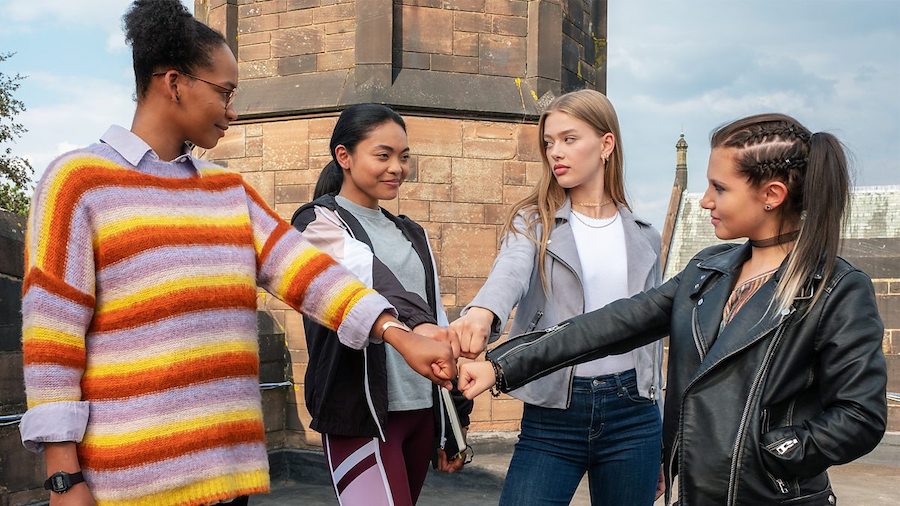 Netflix’s ‘Get Even’ is a dark and twisted drama that follows the story of four teenagers. Kitty, Margot, Olivia, and Bree study at the Bannerman school. They are fed up of the injustice and bullying that is prevalent inside the premises of the institution. When the authorities do nothing about it, the girls decide to take matters into their own hands. They form a secret group called Don’t Get Mad (DGM) and anonymously expose the wrongdoers around them. Their plan backfires when one of their targets is murdered and they are blamed for it.

The show uses its young protagonists to focus on the troubles faced by young people and how a toxic school environment can adversely affect their lives. It is also in sync with youngsters getting fed up of the people in authority to right the wrongs and take it upon themselves to bring about the change they deserve. It is because of these factors that the story hits so close to home. At times, it makes you wonder if it is based on a true story. Here’s what you should know about it.

Is Get Even Based on a true story?

No, ‘Get Even’ is not based on a true story. It is based on a book series of the same name by Gretchen McNeil. The ‘Don’t Get Mad’ series consists of two books, ‘Get Even’ and ‘Get Dirty’, that follow the story of four girls who join forces to fight the system. McNeil had previously written books in the teen genre, but they had been horror stories. With ‘Get Even’, she jumped into the thriller side of it. For the intense drama and twists and turns that appear in the story, she relied on the things she had learnt in her career as an opera singer, which she also considers very influential for all of her stories.

With ‘Get Even’, she wanted to focus on the different kinds of struggles that teenagers go through, from the pressure of their parents’ expectations to the exploration of their sexual identity to the bullying they face at school masked in the spirit of competition. To portray such a wide array of issues, she needed more than one protagonist for the story, which is what led to the group of four girls. In creating their different personalities, she drew inspiration from the classic teen-dramas that she had seen growing up. The films of John Hughes had the most impact on the way she wanted her characters to be. She describes the novels as “John Hughes with a body count”.

Apart from the teen arc of the story, the mystery surrounding the murders is also a critical point in the plot. For this, she was inspired by the works of the queen of crime, Agatha Christie. Calling  ‘And Then There Were None’ as one of her favourite novels, McNeil picked up the mystery factor from Christie’s books. She also read a lot of Christopher Pike, who is known for writing thrillers in young adult category, and has cited it as her inspiration in creating dark stories surrounding teen characters.

Read More: Get Even Filming Locations