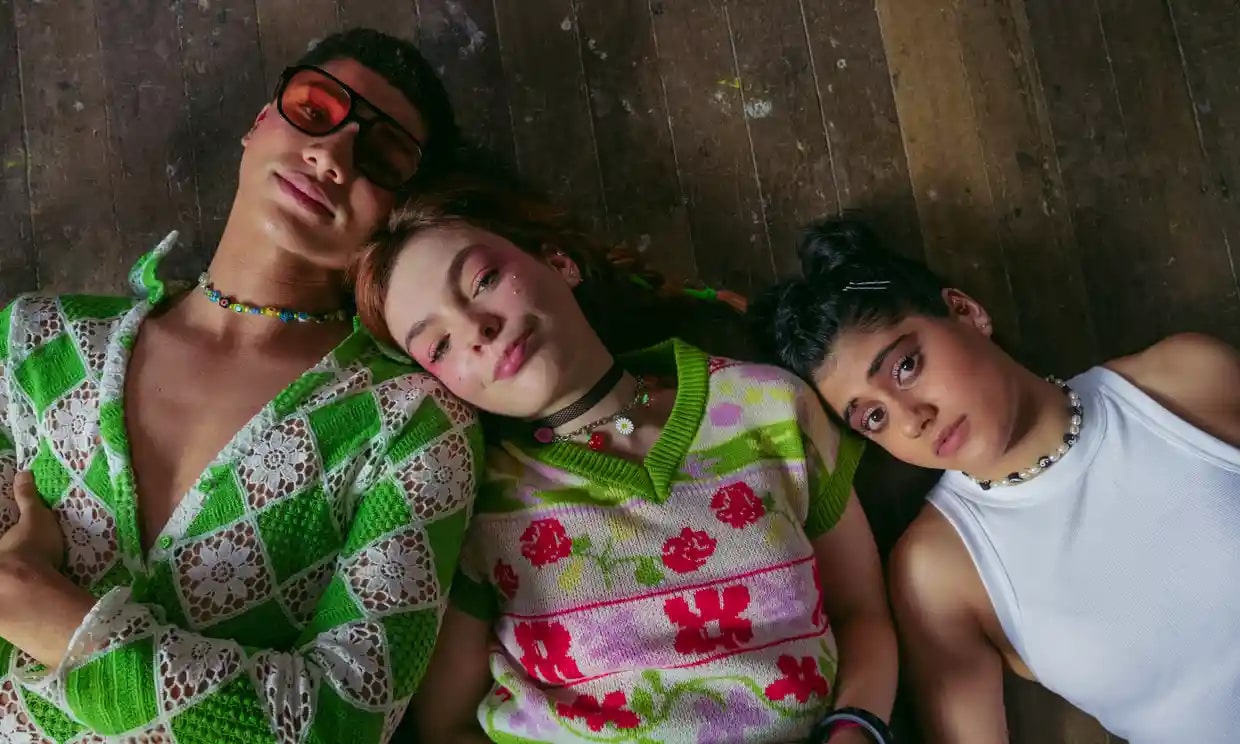 Predominantly set in Sydney, Australia, Netflix’s ‘Heartbreak High’ series is a reboot of the immensely popular Australian show of the same name, which aired in the 1990s. The plot revolves around a group of young adults. One day, Amerie Wadia (Ayesha Madon) reaches school to discover the secret chart of hook-ups that she and her best friend Harper (Asher Yasbincek) have scribbled on a wall have been found. The chart suddenly turns Amerie into a social pariah at school. While others are angry with her because of the chart, Amerie is completely baffled by the sudden change in Harper’s behavior. She befriends two outsiders, Quinni and Darren, and with their help, tries to fix her reputation. Meanwhile, Amerie, Harper, and several other students mentioned in the chart are forced to take a sex-ed class or SLT by the school. Here is everything you need to know about the ending of ‘Heartbreak High’ season 1. SPOILERS AHEAD.

Amerie and Harper have been scribbling about the secret hook-ups among their classmates — real, speculated, imaginary, or wishful — on a wall in the near-forgotten corner of Hartley High for a while before the mural is discovered. Amerie declares this is a nightmare and doesn’t tell anyone about Harper’s involvement. Amerie becomes worried as Harper hasn’t shown up at school yet. When she does, Amerie and her classmates discover that Harper has cut her hair. Amerie tries to learn what has happened, but Harper completely shuts her out.

Amerie and Harper have been best friends for a long time. Harper’s seemingly abrupt decision to end their friendship deeply hurts Amerie, much more than being turned into a social outcast. She knows that there is a chance Harper must be going through something, but every time she tries to find out, Harper refuses to let her get close. Ultimately, Amerie gives up trying, believing their friendship has ended for good.

Meanwhile, Amerie grows close to Quinni and Darren, two outsiders who are busy in their own world. Darren is non-binary. They are forced to move out of their mother’s house because their mother and her current partner don’t know how to deal with them. Darren subsequently moves in with their father, who, despite all his shortcomings, makes a genuine attempt to connect with his child. In the course of the series, Darren grows close to Ca$h, a food-delivery driver who also happens to be a drug dealer and an eshay gang member.

Quinni is a lesbian, a fantasy fan, and on the autism spectrum. She becomes interested in Sasha, a Chinese-Australian lesbian and non-binary student. Almost as long as Amerie and Harper has been friends, the former has harbored a crush on Dusty, the archetypal lead-singer-of-a-band of their class. The relationship between Amerie and Harper further deteriorates when the latter starts dating Dusty. Meanwhile, Amerie meets the new student in their class, Malakai, a Bundjalung basketball jock, who takes an active interest in her.

Following the discovery of the mural, Amerie, Harper, Dusty, and several of their friends are forced to attend the SLT classes run by a teacher named Jojo. The students positively dislike the class, at least at first, and Amerie by association, because her actions have forced the school to conduct the class in the first place. However, in time, Amerie and her friends come to love Jojo and her earnest efforts to help them.

Amerie, Quinni, and Darren discover that there is a second mural underneath one of the desks in the SLT classes. As the series progresses, that chart expands to other desks, once more depicting actual relationships and prospective partners. In the season finale, titled ‘Three of Swords,’ Amerie finally learns what happened to Harper and helps her find closure and justice.

After learning that Harper isn’t responsible for the second graffiti, Amerie feels horrible as she has earlier accused Harper of writing under one of the desks in the SLT classes that Jojo had sex with Amerie. When Amerie reaches Harper’s house, she is horrified to discover that her friend is covered in blood. It turns out Harper’s father attacked her in an alcohol-induced rage, and this wasn’t the first time he had done so.

A few weeks back, Harper and Amerie attended a music festival together. They got separated, and Harper got so drunk that she lost consciousness. When she woke up, she discovered she was in a car with Ca$h and his eshay buddies. Harper quickly realized what was happening. Fortunately, Ca$h opened a door for her while they had stopped for gas, and Harper managed to escape. She headed toward Amerie’s home, but the latter didn’t open the door because she was too ashamed that she was with Spider at the time, their misogynistic classmate. When Harper reached home, her father had an alcohol-induced outburst. Deeply traumatized by the day’s events and heartbroken by Amerie’s apparent betrayal, Harper cut her hair short before heading to school.

Who Made the Second Graffiti?

If the first one was the work of Harper and Amerie, the latter is done by various students attending the SLT classes. Although they remain skeptical about the need for the said classes, they come to appreciate it. They may not be willing to talk to Jojo about their personal lives, but they definitely express themselves in that ever-expanding chart. But not everyone has grown to like the classes. After the rumor about Jojo and Amerie surfaces, authorities are called in, and Jojo submits her resignation.

However, Amerie and her classmates refuse to accept this and organize a protest, during which Amerie finds out that Dusty, Spider, and their friend Ant are behind the disgusting rumor about her and Jojo. It was all apparently Dusty’s idea. She confronts Dusty, who accepts that he did it, claiming that he did it because they all wanted the SLT classes to end. By the end of the season, Jojo is reinstated, and she starts conducting the SLT classes again.

Do Amerie and Harper Reconcile?

Yes, Amerie and Harper reconcile. Although romance is prominently present in the 2022 rendition of ‘Heartbreak High,’ the platonic relationship between Amerie and Harper serves as the core of the narrative of the show. After Harper tells her what really happened, Amerie takes her to her home. Later that night, after Harper has fallen asleep, Amerie visits her mother’s room and breaks down crying as she believes she has let her best friend down twice. She asks her mother to ensure that Harper never has to go back to live with her father again and find a way to have the eshays prosecuted.

Unfortunately, as there is no clear evidence of any wrongdoing on the eshays’ part, they can claim that they were giving Harper a ride home. The police tell Harper as much when she approaches them with Amerie and her mother. Amerie later speaks to Ca$h and urges him to do the right thing. He subsequently finds a video clip from that night in the phone belonging to another eshay. Ca$h sends it to Harper, which leads to the arrest of some of the eshay members, including Ca$h himself, who comes to the class to kiss Darren before he is arrested. However, the main culprit, Chook, is let go because he isn’t in the clip. With her best friend’s help, Harper gets her revenge by burning Chook’s car.

Read More: Is Netflix’s Heartbreak High Based on a True Story?