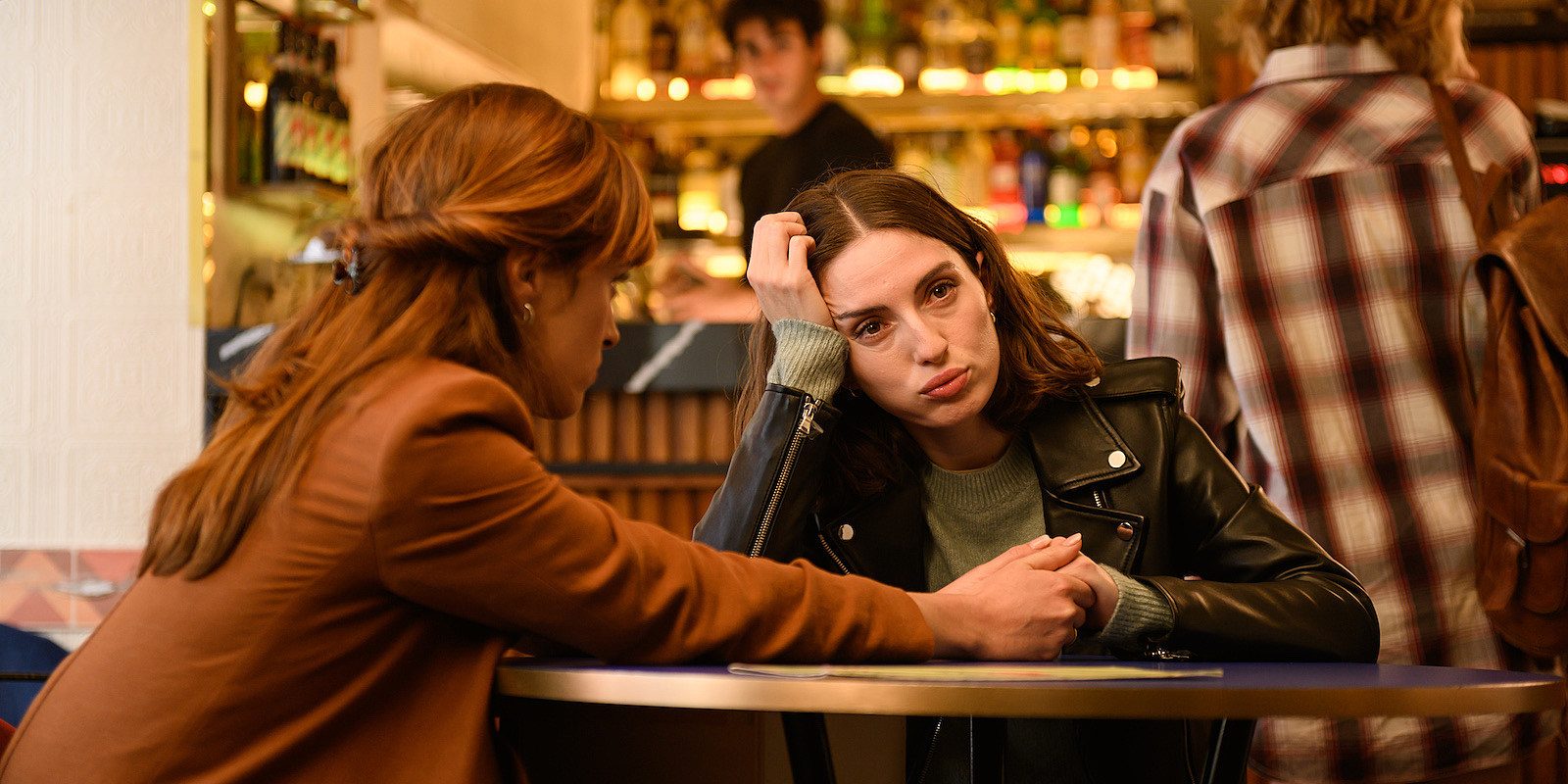 ‘Sounds Like Love’ (also known as ‘Fuimos Canciones’) is a Spanish-language romantic film directed by Juana Macías based on the ‘Canciones y Recuerdos’ (which translates to ‘Songs and Memories’) duology of novels written by Elísabet Benavent. It follows Maca, a young woman stuck at a dead-end job whose life is thrown upside down after her ex, who broke her heart, comes back into her life.

The story isn’t dissimilar to many modern chick flicks that challenge the notions created by older portrayals of romance in cinema. However, it has charming humor, exciting conflicts, and an impactful climax that will certainly force the audience to do some soul searching of their own. If you watched the movie and found yourself confused by its tricky ending, allow us to unravel the film’s events and provide the answers. Here’s everything you need to know about the ending of ‘Sounds Like Love.’ SPOILERS AHEAD!

The plot revolves around Maca, who lives in Madrid and works for an insufferable social media influencer named Pipa. After her break up with her last serious boyfriend, Leo, Maca has focused on herself and her career, which is seemingly headed nowhere because of Pipa’s nature. Raquel, an acquaintance of Maca, offers to help her find a new job. Maca learns that Raquel is dating Leo.

Meanwhile, Maca’s friends Adriana and Jimena also face their own relationship problems. Adriana is caught in an unsatisfying marriage while Jimena finds it challenging to move on from her deceased boyfriend, Santi. Through flashbacks, we learn that Leo and Maca were about to move in together, but Leo left her out of the blue and never apologized. It broke Maca’s heart and gave her emotional trauma.

In the present, Maca gets Leo to apologize to her for what he did. Soon, she gets to see the more mature side of Leo, and the two fall in love all over again. Through Raquel’s contacts, Maca is offered a job that would boost her career. However, the job is in Paris. Therefore, Maca must decide on choosing her future or staying with Leo.

Sounds Like Love Ending: Does Maca End Up With Leo?

During the film’s climax, Leo brings Maca to the same house they were supposed to move in together all those years ago. However, Maca decides to take the job in Paris and moves away, breaking Leo’s heart. In the closing scenes, we see a confident Maca living her life to the fullest. However, in the final moments, Maca is seen kissing Leo, who has seemingly followed her to Paris.

We assure you that this certainly does not mean Maca and Leo end up together and with good reason! Firstly, going back to the scene where Maca and Leo look at the apartment, we see Maca talking to a younger Leo, imploring him to tell young Maca that he is moving to Boston. The scene signifies that Maca now understands the dilemma Leo experienced back then as she is faced with making a similar choice. She makes peace with her past and tells Leo about her decision to move to Paris. However, she tells Leo that he is welcome to come with her, but he is reluctant to leave his job.

Thus, Maca chooses herself and her future over being with Leo. In prior scenes, whenever she feels overwhelmed, Maca is seen running from right to left on our screen. This can be seen as a motif for her being caught up in her past. After making her choice, Maca feels liberated, and for the first time, we see her running from left to right on our screen, which denotes that she is ready to embrace her future, and Maca’s closing voice-over also confirms this.

Thus, Maca goes from being a woman who talks about being empowered and self-loving yet feeling traumatized over her past to actually being an independent and self-sufficient woman. Therefore, tying her ending with Leo would undo the impact of Maca’s journey of self-discovery over the course of the film. We know that Maca has a habit of imagining moments, and her kiss with Leo in Paris is just one of those moments.

Does Adriana Break Up With Julian? Who Does Jimena End Up With?

During the climax, Maca sends a video message to Adriana and Jimena, making amends with them after their fight and explaining her decision to move to Paris. Her message motivates Adriana and Jimena to make similar liberating decisions in their lives as well.

Earlier in the movie, Adriana falls in love with a girl and no longer feels attracted to her husband. Despite this, she tries to continue her marriage. However, in the end, Adriana arrives at her girlfriend’s place with a bag. The scene implies that Adriana has broken off things with Julian and is ready to give their relationship a chance despite previously being reluctant to start over with a new partner.

On the other hand, Jimena learns the truth about Jorge, who tells her that he is an actor hired by her friends pretending to be a reincarnation of Santi. Although he really likes her, Jimena realizes that she is only attracted to him because he resembles Santi. Jimena patches things up with Samuel, a physiotherapist she was seeing before Jorge came into her life. Like her friends, Jimena also decides to make a fresh start in her life and leaves her feelings for Santi in the past.

The collective ending of Maca, Adriana, and Jimena highlights that it is never too late to start life from a new end, and one should find happiness on their own terms. The three friends leave the audience with the message that you must learn to love yourself before you can love another.