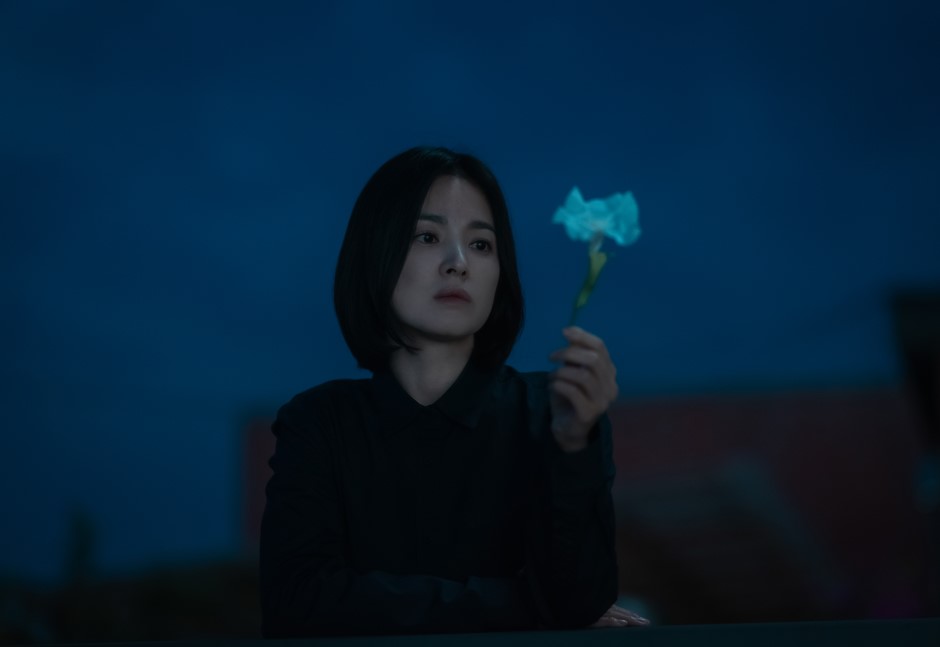 Written by Kim Eun-sook, ‘The Glory’ is a Netflix revenge drama series from South Korea. The story follows Moon Dong-eun (Song Hye-kyo), who is forced to endure vicious bullying from her peers at high school. Even reaching out to the teachers and police doesn’t help, as the families of the tormenters are affluent people, whereas  Dong-eun hails from a modest background. When her own mother betrays her for money, Dong-eun drops out of school and spends several years only thinking about revenge against those who either tortured her or helped cover up the mistreatment she suffered. She eventually gets a teacher’s degree and becomes the homeroom teacher of the daughter of her main bully, Park Yeon-jin (Im Ji-yeon). When she finally makes her presence known, her former bullies realize — beyond their arrogance and privilege — that their reckoning has come.

The main themes of ‘The Glory’ is school violence and revenge. Class warfare also plays an important role in the narrative. In fact, the dichotomy between the tormenters and their victims is the root cause of the horrors Yeon-jin and her lackeys inflict on Dong-eun. Here is everything you might want to know about the ending of ‘The Glory’ part 1. SPOILERS AHEAD.

The series begins with a flashforward to 2022 when Dong-eun acquires an apartment across from the home that Yeon-jin shares with her family. There is a scene there in which the two women confront each other. That is likely something that Dong-eun imagines because their real reunion which happens a few episodes later, is much less violent. The narrative then shifts back to 2004, when a high schooler Dong-eun has finally had enough of the bullying and the inaction of the teachers and reached out to the authorities. But as she finds out, laws are different for the rich and the poor, especially if the officer you are making the complaint to is a childhood friend of your bully’s mother. Yeon-jin and her friends are released only after notifying their parents. The homeroom teacher comes to pick Dong-eun up and later severely beats her when she tries to complain to the principal.

Yeon-jin and her friends truly put Dong-eun through hell. They severely beat her up and burned her skin with curling irons, leaving marks that would never go away. Dong-eun cannot even turn her mother because Yeon-jin’s family pay off the older woman. One day, Dong-eun returns home to discover that her mother is gone. Only one person speaks out in Dong-eun’s favor, the school nurse, but she is forced to resign.

In the end, Dong-eun drops out of school and spends the next 17 years preparing herself. She lets the thoughts of revenge consume her; it becomes the sole purpose of her life. Dong-eun wanted to be an architect when she was younger. She sacrifices that dream at the altar of her vengeance and decides to become an educator so she can place herself as Yeon-jin’s daughter’s homeroom teacher.

Meanwhile, Yeon-jin and at least some of her friends predictably achieved what they wanted. Yeon-jin is married to Chairman Ha Do-yeong of Jaepyeong Construction, and they have a daughter together, Ye-sol. Lee Sa-ra is an accomplished artist, and Jeon Jae-joon runs his father’s golf course. As for the remaining two, that is a different story. Choi Hye-jeon and Son Myeong-o never really fit in with their friends because their parents were not wealthy. As adults. Hye-jeon is a flight attendant, whereas Myeong-o is Jae-joon’s errand boy.

When Yeon-jin and her friends first realize that Dong-eun has returned, they become unsettled, but they continue to underestimate her. Dong-eun recruits an abused wife, Kang Hyeon-nam, to help her gather intel on her former tormentors. In exchange, she promises to kill her husband. While all this is happening, Dong-eun finds herself growing close to Ju Yeo-jeong (Lee Do-hyun), a plastic surgeon with his own share of horrors. His father was killed by the psychotic patient he saved, and the death has haunted him since then. After Dong-eun tells him the truth about herself, he agrees to help her.

In episode 8, Jae-joon realizes certain truths about Ye-sol and begins to make his move. Elsewhere, Yeon-jin figures out how extensive Dong-eun’s plan is, and she is forced to reconcile with her past.

Arguably the biggest unanswered question in ‘The Glory’ revolves around the death of Son Myeong-o, which happens toward the end of episode 5. Although Dong-eun considers him as much responsible for the ill-treatment she received as a young woman as anyone else, she and the man in question come to an understanding. Myeong-o loathes most of his friends and agrees to Dong-eun’s plan of bringing them down, not realizing that she hates him as much as the others.

Dong-eun isn’t the first girl that they tormented. In 2004, Yoon So-hee apparently died by suicide after facing severe bullying from Yeon-jin and her friends. Dong-eun makes Myeong-o believe that So-hee’s body is still there in the morgue when it was already processed in 2004. She convinces him that Yeon-jin killed So-hee and he can earn money by exploiting that. However, by the end of episode 5, Myeong-o turns up dead, and it is heavily hinted that Yeon-jin killed him. Although Hye-jeon and Yeon-jin have the shoes we see on the killer’s feet, Hye-jeon has little reason to kill Myeong-o. In contrast, Yeon-jin has a closet full of secrets.

Either way, Dong-eun plays an indirect role in Myeong-o’s death because she convinces him that So-hee’s body is still at the morgue. Myeong-o has a Latin tattoo on his neck, “Memento Mori,” which means “Remember that you must die.” When Myeong-o was younger, he used to put an I-shaped band-aid over the tattoo to cover it. For Dong-eun, who used to take Spanish classes at the school at the time, the tattoo seems to say “Me I Mori,” which means “I die” in Spanish.

Myeong-o was always an expendable tool for Dong-eun. She might not have actively caused his death, but she is nonetheless responsible for it. She knew that the only thing remotely valuable that Myeong-o had was his life, and she eventually takes it from him.

The abstract strategy board game called Go plays in the narrative of the show. Its thematic importance is underscored by its presence in the opening sequence itself. In Go, a player wins a game by surrounding the opponents’ stones with their own. And that’s what Dong-eun wants to do with Yeon-jin and take everything away from the other woman. Dong-eun learns Go from Yeo-jeong before seducing Do-yeong’s through his love for the game. Their relationship doesn’t necessarily become sexual, but she can potentially cause significant damage to Yeon-jin’s marriage.

Dong-eun figures out that Ye-sol’s biological father is Jae-joon and orchestrates things in such a way that the latter finds out, causing havoc in Yeon-jin’s life. In episode 8, Do-yeong confronts Dong-eun, having learned what his wife had done to the other woman and realizing that he is caught in the middle of a struggle between Dong-eun and Yeon-jin. At this point, Dong-eun holds all the cards. The most important among them is, of course, Ye-sol’s parentage. As part one ends, Do-yeong goes to see his wife, who has broken into Dong-eun’s apartment and found her revenge board. Dong-eun has likely told Do-yeong that he isn’t ye-Sol’s father. Information has power. By telling Do-yeong this, Dong-eun can alienate Yeon-jin from one of the main sources of her affluence.

Will Dong-eun Get Her Revenge?

By the end of part 1 of ‘The Glory,’ Dong-eun has already made significant progress in this regard. She causes the death of her old homeroom teacher at the hands of his own son, and Myeong-o is dead as well. As for Yeon-jin, her life faces an inevitable unraveling. I think we can safely presume that she will succeed in getting her revenge, but the cost of it will be too much to bear for her. A part of Dong-eun seems to know that she is heading toward an inevitable doom and has likely accepted that fate. For her, there is no future beyond revenge. However, with Yeo-jeong in her life, we can hope against hope that she will find a modicum of peace when all this is over.

Read More: Is Netflix’s The Glory Based on a True Story?