Review: Never Have I Ever Season 1 Episode 1 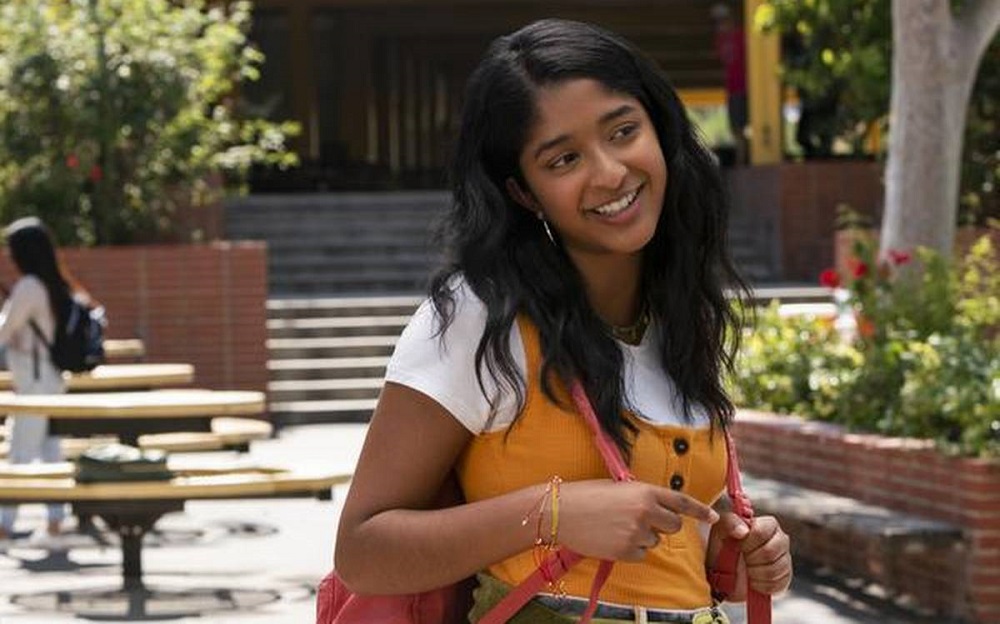 The wave of representation on the screen has started to swell, especially in television. In recent years, we have had great TV shows, especially comedies, about the American experience through the lens of a diverse cultural narrative. Be it ‘Fresh Off the Boat’ or ‘Black-ish’ and its spin-offs or ‘Kim’s Convenience’, the different stories and the edge of diverse cultural experiences allow these shows to soar.

The fact that the writers draw from their own experiences gives authenticity to the stories that hit close to home for a lot of people. For one part of the audience, the relatability steals the show; for another, the introduction to a different structure of family and relations is a fresh serving. Mindy Kaling’s ‘Never Have I Ever’, too, benefits from all of this, as well as from the young talent that shoulders the story.

Never Have I Ever Episode 1 Recap

‘Never Have I Ever’ follows the story of a teenage India-American girl named Devi Vishwakumar. Beginning her sophomore year, she looks back at the events that had spoiled the last year for her, and she prays to the gods about helping her get over her spoiled reputation in school. She comes up with a new plan that will make her as well as her best friends, Fabiola and Eleanor, the cool kids in the school.

We also see her falling head-over-heels for Paxton Hall-Yoshida, the hot guy in the school. She also maintains a fierce rivalry with Ben Gross, who has tagged her and her friends the UN, which does not mean the United Nations. Owing to the events of last year, Devi is also seeing a therapist, Doctor Ryan, who helps her maneuver the challenges of her life.

Never Have I Ever Episode 1 Review

The first episode of ‘Never Have I Ever’ is replete with humor from beginning to end. The pilot introduces the protagonist, with all her flaws and strengths. In Devi, we meet a familiar teenage girl who is trying to make it to the cool club in the school but intends to carve her path in a much different way.

The episode focuses on her Indian upbringing, using the circumstances to create a contrast between her roots and where she wants to go. The humor sprouts from these situations and those who have grown up in a similar household will find it nostalgically relatable. Dropping books on the floor, praying to all the gods on the first day of school, being jealous of your overachieving cousin, and living under the shadow of the comparisons that your parents never fail to emphasize- there is enough to take you on a trip down the memory lane, while also highlighting the habits that you might have retained as adults.

Apart from the funny things, which includes getting magically cured by your crush, the series also keeps in touch with the emotional value of Devi’s story. The trauma of her father’s death, followed by psychosomatic paralyzing of her legs, makes Devi a vulnerable character. While she is a smart and bright student, she also struggles with self-doubt that makes her question her looks and leads her to believe that she needs to prove something by getting a boyfriend for herself. Her wit and sarcasm make her someone not to go up against in a verbal contest, but her hot-headedness also creates a wall between her and those who care about her.

Through the little things in her life, the show elaborates on her insecurities and apprehensions. Maitreyi Ramakrishnan portrays Devi in all these wonderful colors. She keeps us invested in Devi, but also in herself as an actor, to see where she goes from here. John McEnroe serves as the narrator of Devi’s story, and you wonder why an old, white man, who happens to be a sports icon, is telling us the story of a young, brown girl who has no idea what the next day brings for her!