Everything We Know About ‘Godzilla vs. Kong’ 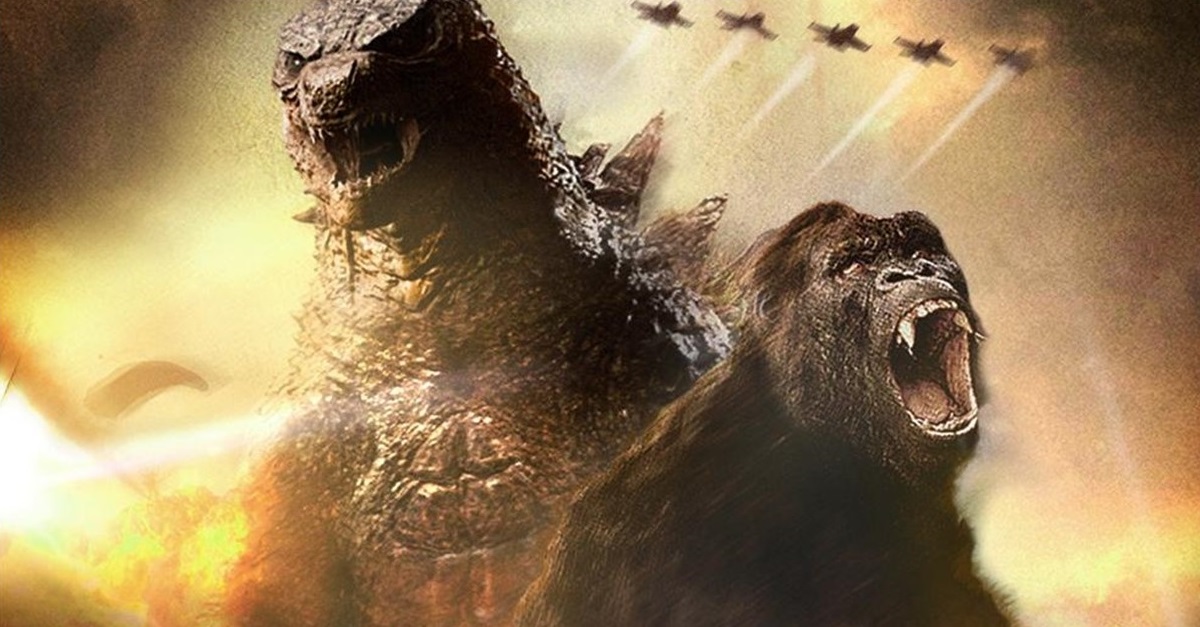 The recent success story of the MCU bearing a ripe, full fruit, Legendary studios in association with Warner Bros. is looking to cash in through various cinematic universes of its own, including the dwindling DCEU that’s barely begun to look up, a budding Pokemon universe that has just been set up following ‘Detective Pikachu’, and a horror universe in the Conjuring films along with several spinoffs being among the most notable ones.

Recently enough, WB and Legendary revealed plans to have a shared universe with Toho’s monsters that are unmistakably icons all over the world, especially Godzilla and his universe, and through the shared stories, have a colossal square off between King Kong and Godzilla, and that is exactly what it is called: ‘Godzilla Vs. Kong’, scheduled for a summer release next year, following two solo Godzilla movies, the first one titled eponymously released in 2014, and the second one, a more recent release called ‘Godzilla II: King of the Monsters’, a direct sequel , along with a solo Kong movie titled ‘Kong: Skull Island’ set in the same universe but years before the present.

The first ‘Godzilla’ that rebooted the entire franchise after the disappointment that was the 1998 film didn’t allude to a shared universe much, but both the next ones: ‘Kong’ and ‘King of the Monsters’ have sufficient easter eggs, verbal and visual references and credits and post credits scenes that set up the battle between the titans. Several new details have emerged in the previous few days surrounding the release of ‘Godzilla II’, and if anything even remotely lying in the realm of monster movies gets your heart racing with adrenaline, then you are in the right place. Read on to find out everything we know about the monster showdown of the decade: ‘Godzilla Vs. Kong’.

Godzilla vs. Kong Plot: What is it About? 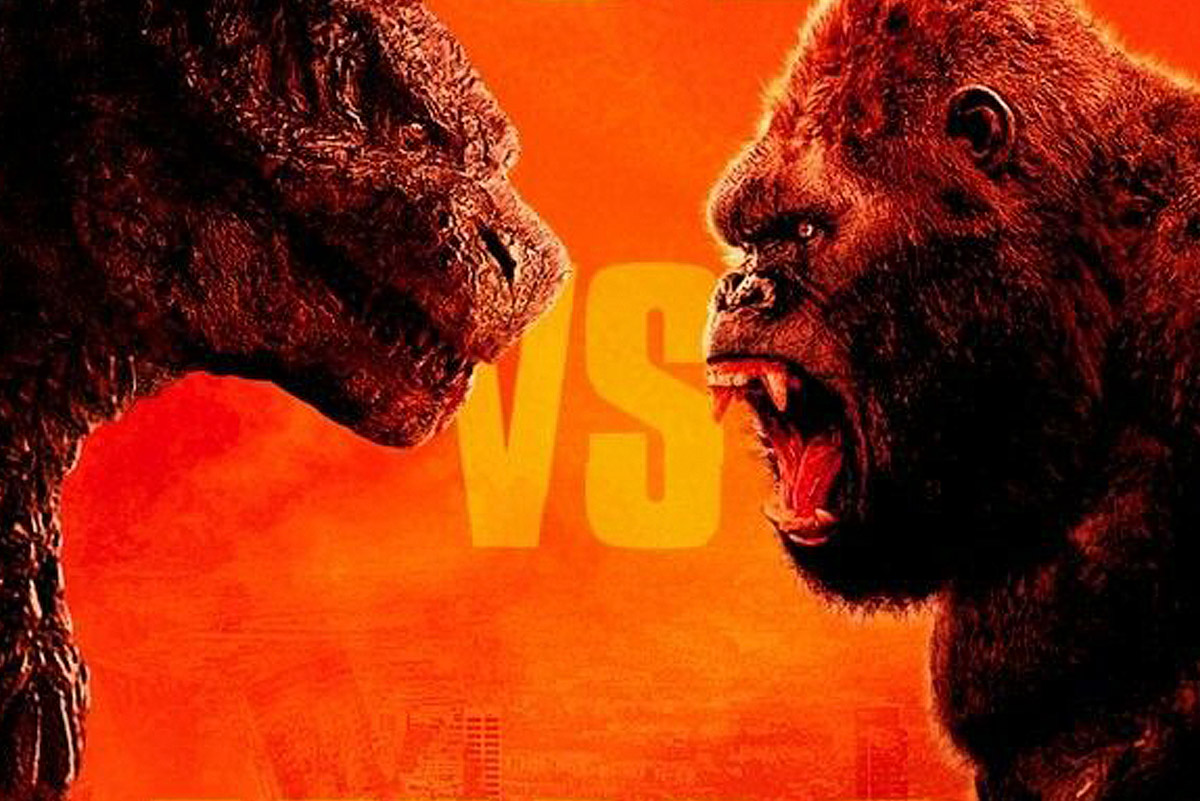 Legendary and Warner Bros.’ official synopsis released for the film states that “In a time when monsters walk the Earth, humanity’s fight for its future sets Godzilla and Kong on a collision course that will see the two most powerful forces of nature on the planet collide in a spectacular battle for the ages. As Monarch embarks on a perilous mission into uncharted terrain and unearths clues to the Titans’ origins, a human conspiracy threatens to wipe the creatures, both good and bad, from the face of the earth forever.” While it is quite extensively written, it also gives out a fair bit of information on what to expect from the monster battle in 2020, if it’s not already in the title. But for now, let’s begin with what we have learned from the endings of ‘Kong: Skull Island’ and ‘Godzilla II: King of the Monsters’.

The post credits sequence of ‘Skull Island’ has Conrad and Weaver held by Monarch after the organisation played a major role in ‘Godzilla’ (2014), correctly confirming as soon as the insignia is seen that the two are connected in a shared universe. The two are shown cave paintings that the team had discovered during their expeditions that showed Godzilla, Mothra, Rodan and King Ghidorah, with the last one expressly stating that Godzilla and Ghidorah would surely be squaring off in a sequel, setting up ‘Godzilla II’, while Brooks exclaims that Kong wasn’t the only king.

Coming to the second, more important one. The post credits scene of ‘Godzilla II’ doesn’t have much in store for ‘Godzilla vs Kong’, possibly setting up another direct sequel for Godzilla alone, with a fisherman handing over Ghidorah’s decapitated head to Jonah (Charles Dance), possibly hinting at Ghidorah’s revival. The important information regarding this sequel is revealed as the credits roll: newspaper clippings show the fate of the world post Godzilla’s battle with the monsters, including Monarch now divulging all their information on Titans to the world, Mothra regenerating in a cocoon, and most importantly, Titans beginning to converge on Skull Island, alongwith cave paintings showing Godzilla battling Kong, foreshadowing the events of the crossover sequel next year. However, it is what will bring Godzilla to the home and kingdom of Kong that remains open to speculation, and what draws them to battle together. The hint might be in the synopsis. 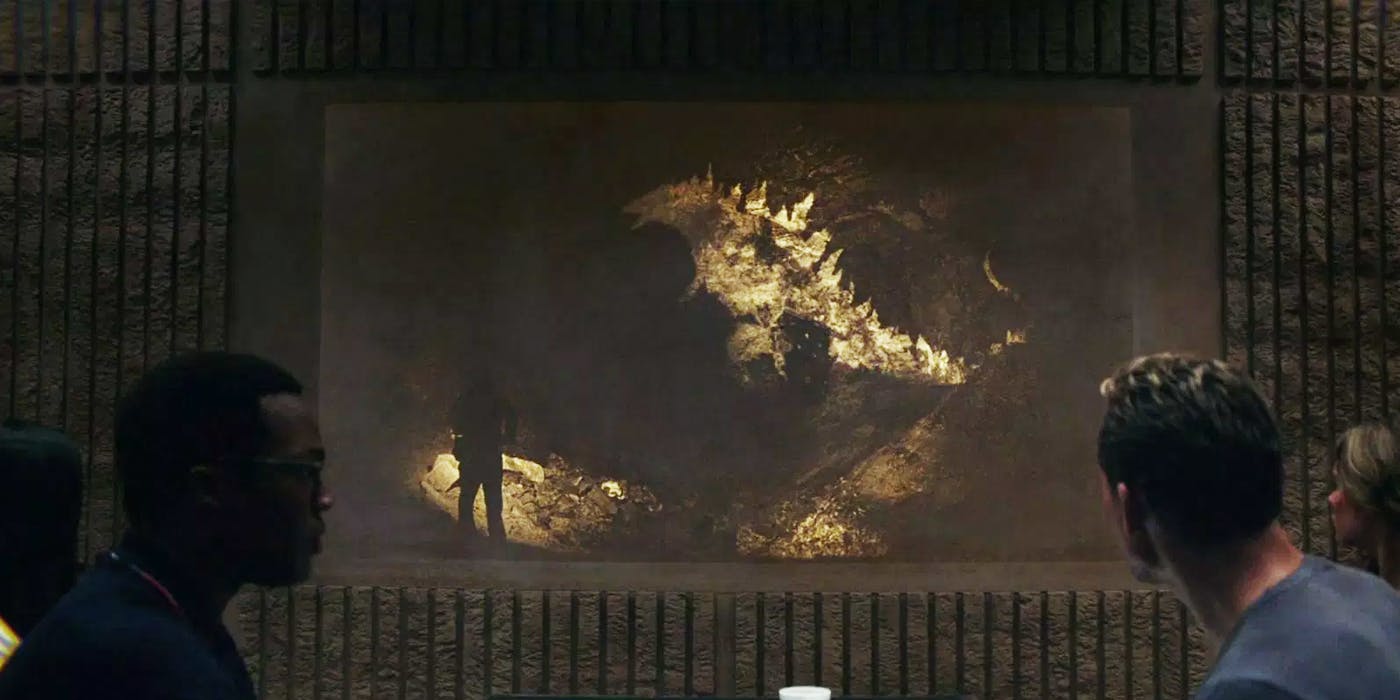 For starters, as with the other movies in the franchise, I can see Monarch playing a very important role in this one too. The news clipping that states the titans converging on Skull Island, and Monarch embarking on a perilous mission into uncharted terrain, unearthing clues to the titans’ origins ought to have a direct relationship with each other. While I do not expect a deep dive into Titan history, a fair bit of glimpse of where the “Kong” faction of monsters came from, akin to a short introduction to the underwater city Godzilla lived in as an extension of the hollow earth theory would be great. Similarly, along with that, there might be room to accommodate more Toho monsters that Legendary now has access, and more importantly rights to.

The second theory, while I still fathom its viability, would state that the ever belligerent humans would be the cause of the conflict between the two titans. Now stating that Godzilla and Kong battle it out finding themselves on the opposite side of being the saviours of our race is a bit of a tall claim, but not entirely implausible. Plus, the cave paintings denote that this titanic battle has happened before, so there’s that, even if we don’t why they fought earlier or who emerged victor among the two. The writers have however stated that Kong will be a bit more aged and rugged in this film, seeing as though many years have passed since his first appearance in this universe. 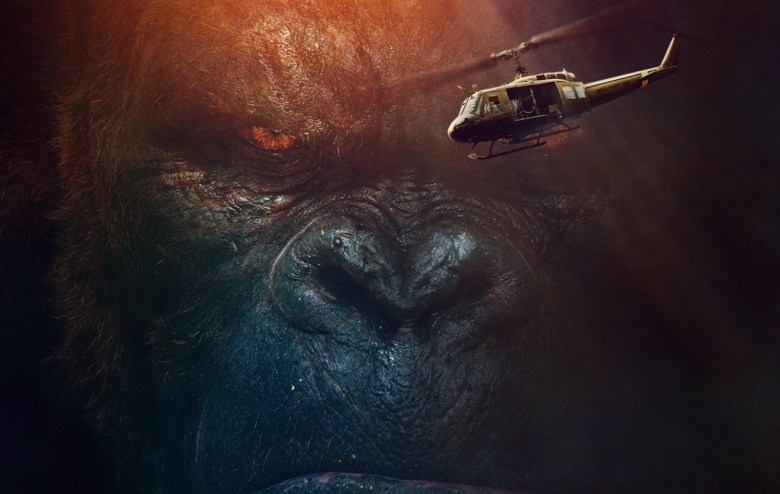 Another reasonable assumption here would be that the film could completely or partially take the ‘Batman v Superman’ route, or the same route that any movie that literally has the versus in the title would take: build up for the final battle from the beginning, ending with the two realising that they are on the same side, and in the end teaming up to take down the bigger foe. Another monster maybe? To counteract that, director Adam Wingard has also stated that unlike the 1962 ‘King Kong vs. Godzilla’ that left things on an ambiguous note, this one will have a definite winner.

Godzilla vs. Kong Cast: Who is in it?

‘Kong: Skull Island’ was set back in 1973, so it makes sense that none of the cast members from that film would be returning for ‘Godzilla vs. Kong’ that looks like it’s set in the modern-day and time. Looking at the way ‘Godzilla II’ ended, with the survivors of the battle flying off as they looked at Godzilla claim his title as king of the monsters, while other titans bowed in front of him, it would seem that ‘Godzilla vs. Kong’ could be a direct sequel to this film, making it imperative for several of the cast members from this one to return for the crossover battle and travel to Skull Island.

In the same vein, Millie Bobby Brown and Kyle Chandler from the principal cast of ‘Godzilla II’ have been announced to be returning for ‘Godzilla vs. Kong’, while Vera Farmiga from this film won’t, seeing as though her character sacrificed herself in the battle between Godzilla and Ghidorah. Zhang Ziyi as Dr. Chen and Van Marten are others among the returning ones from ‘Godzilla II’. Several new cast members have been announced to be added to the lineup, including Alexander Skarsgard, Rebecca Hall, Brian Tyree Henry, Eiza Gonzales, Jessica Henwick, Lance Reddick, Julian Dennison, Demian Bichir and Danai Gurira have all been cast in new, undisclosed roles.

Godzilla vs. Kong Crew: Who is behind it? ‘Godzilla vs. Kong’ is being directed by Adam Wingard, who has before this primarily worked on a couple of recognisable horror flicks. Like many other franchise effective films, ‘Godzilla vs. Kong’ and this shared universe in general followed the model of the writer’s room, with the group being led by Terry Rossio and including several top writers including Patrick McKay, J. D. Payne, Lindsey Beer, Cat Vasko, T.S. Nowlin, Jack Paglen, and J. Michael Straczynski. To add to that, Michael Dougherty and Zach Shields, director and writers respectively of ‘Godzilla II’ were brought on board to ensure franchise continuity and that certain themes and character motives were carried forward from ‘Godzilla II’ to this movie. As with the previous outings in the franchise, the film will be produced by Legendary Studios and distributed by Warner Bros.

Godzilla vs. Kong Release Date: When will it premiere? 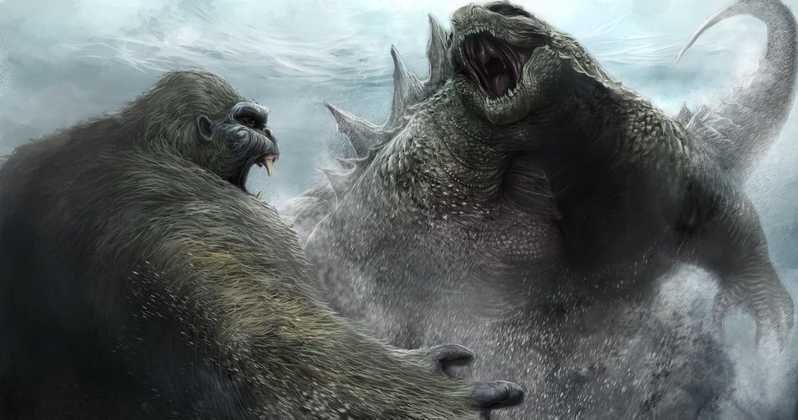 WB made the smart decision of keeping the two teams working on ‘Godzilla II’ and ‘Godzilla vs. Kong’ separate, allowing them to fast-track the two projects individually. While the first film in the shared universe came out in 2014 and the second one did in 2017, the third and fourth one seem to be releasing pretty close to each other, also contrary to the regular time gap for franchise films to release being at least 2 years, considering everything. ‘Godzilla vs. Kong’ is all set to release on March 13, 2020 release.