New Extended ‘Hellboy’ Trailer Raises a Little Hell of Its Own 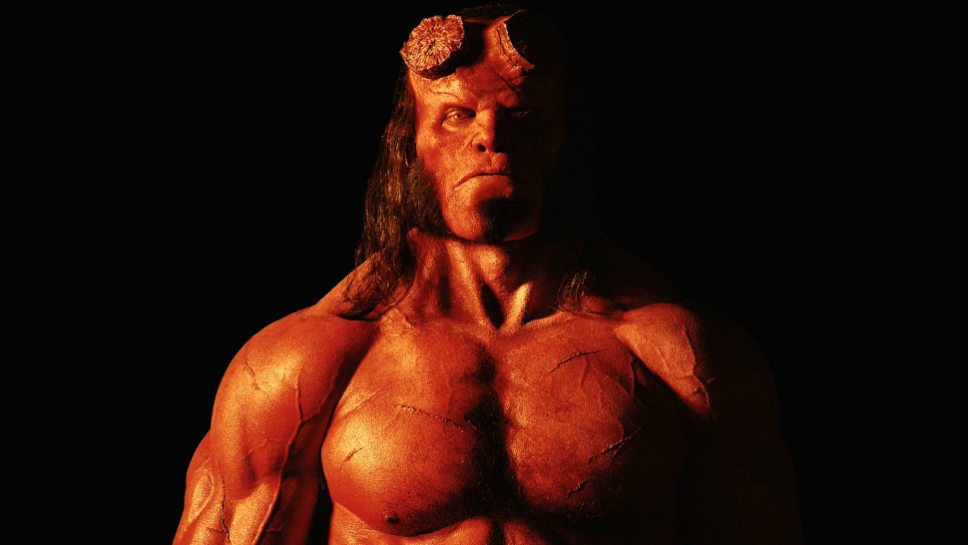 A new extended trailer of the highly anticipated ‘Hellboy’ is out. For the fans eagerly waiting for the film, the trailer gives new insights. We get an extended look at David Harbour as Hellboy or Big Red, as the trailer delves deeper into the conflict with Milla Jovovich‘s character, Nimue the Blood Queen, who is bent on bringing destruction to the human world. The external conflict seems to be compounded by an internal conflict Hellboy will have to face regarding whether he wants to side with Nimue or humankind.

The trailer starts off by diving into the mythos of Hellboy, tracing his origin story. Fans of the comics might recognize the cameo from one of the character’s most iconic villains, Rasputin. We are then taken through a dizzying journey of action, gore and smart quips from Hellboy as Nimue tries to get him to join her cause, while he is bent on saving the very world that fears him. Notably, we are also introduced to Daniel Dae Kim’s character, Ben Daimio’s, were-jaguar form.

The new ‘Hellboy‘ movie, produced by Lionsgate, is set to release in April 12, 2019. The upcoming film is going to reboot the franchise that was previously helmed by Guillermo Del Toro. Now, under the guidance of Neil Marshall of ‘Game of Thrones‘ fame, this will be the first R-rated movie to feature the comic characters created by Mike Mignola for Dark Horse Comics. Check out the trailer below:

The first trailer, which you can check out here, showed Hellboy in all his fiery glory, complete with the horns and a flaming sword. Those familiar with the comics might have recognized this more classical look. We were introduced to a Hellboy trying to adjust to being among humans who naturally found it difficult to accept the monstrous creature. However, the trailer dealt with this otherness using humor, unlike the previous ‘Hellboy’ movies. We were also introduced to Ian McShane’s character as Professor Bruttenholm, Hellboy’s adoptive father and the head of the Bureau for Paranormal Research and Defense (BPRD). While the first trailer only teased the conflict between Nimue and Hellboy, the second trailer kicks it up a notch, escalating it into an all-out war.

The first trailer, despite being a refreshingly new take on the ‘Hellboy’ franchise, came nowhere as close to the coolness that the second trailer effortlessly exudes. With a cover of Deep Purple’s ‘Smoke on the Water’ playing in the background, the trailer does not hold back on showing the monsters we can expect in the movie. With scenes of bloodshed and mega battles, this is a grungier and more actionable Hellboy that we can get behind.

What are the characters’ motivations in the movie?

Harbour defined his character in an interview with Empire, saying, “There’s really a sense that you’re actually killing things, even if they are giants or monsters. You’re chopping their heads off, you’re bathing in their blood and you’re feeling the complex feelings of actually cutting the heart out of another thing. We’re taking the time to deal with the fact that Hellboy is a killer. He’s a weapon.”

Jovovich, strangely, found her character as the antagonist to be sweet. She expressed surprise at why everyone wanted to stop her character when all Nimue wanted was the unison of the worlds of humans and monsters. Notably, Hellboy becomes pivotal here, as a half human and half demon. He is destined to bring the apocalypse, but in reality, he just wants to be a good guy, according to what Harbour told USA Today.