Insidious 5: Everything We Know 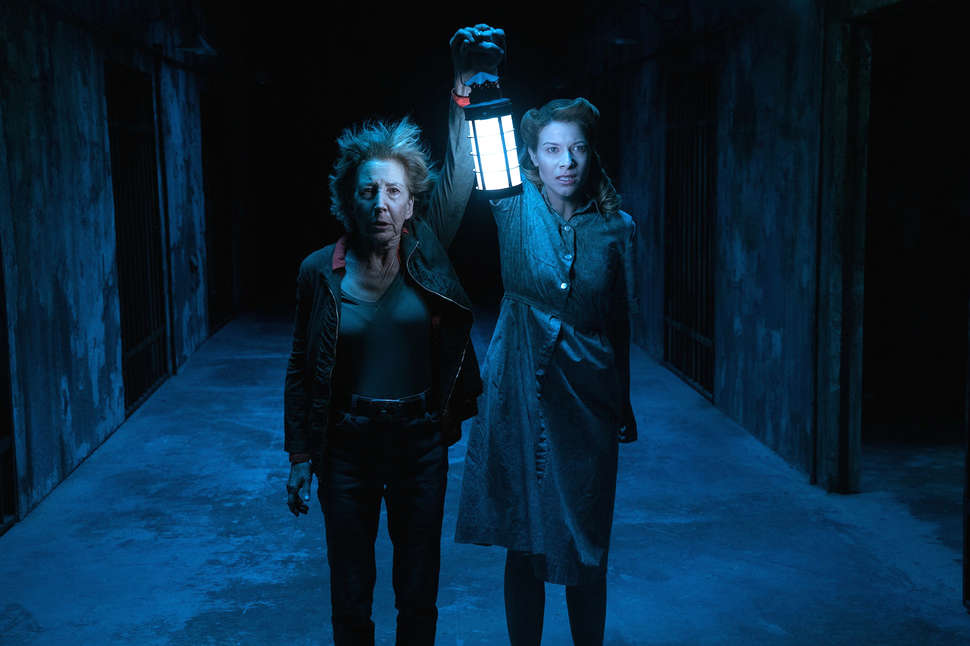 Horror movies are some of the toughest to make and yet some franchises manage to get their fans hooked, with intriguing storylines and the right amount of scares. There have been some very successful horror franchises over the years, but the ‘Insidious’ franchise is still going strong. There are four ‘Insidious’ movies already, over the course of eight years, with ‘Insidious: The Last Key’ releasing in 2018.

The franchise is the brainchild of James Wan and Leigh Whannell, with Jason Blum’s Blumhouse Productions backing the films. The stories of the films are described as case files of demonologists and give us peeks into the terrifying supernatural world.

The first two movies deal with a couple whose son suddenly enters a comatose state, thus becoming a vessel for ghosts in the astral plane. The family comes under attack from demons belonging to a hellish realm called “Further” and they seek to take what the family values most- their life. The third movie is a prequel, where the psychic who helped this family attends another case of a young girl who calls out to the dead. The fourth film is about the psychic’s own family becoming haunted.

Usually, in horror franchises, the later movies rarely do as well as the first one. However, in the case of the ‘Insidious’ franchise, it has only improved over time, with the fourth movie becoming the highest-grossing film in the franchise, bringing in $167 million worldwide against a budget of merely $10 million. Naturally, the money alone is enough to warrant another ‘Insidious’ movie, but people attached to previous projects have also opened up about the possibility. Thus, we bring you everything we know about ‘Insidious 5’.

Insidious 5 Plot: What Can It Be About?

The ‘Insidious’ franchise has introduced us to the past, and present of the character of Elise Rainier, the parapsychologist who is at the center of the film’s universe. However, as viewers know, Elise actually dies in ‘Insidious: Chapter 2’, which limits her presence in the movies. Naturally, she cannot appear in plots that are set after the events of the second movie, unless she appears in a supernatural form. This is something that the makers of the franchise have left alone for now, since the third and fourth films are firmly prequels, investigating Elise’s past. However, now that the story has been told, reports suggest that the fifth film will not be a prequel.

What could the plot be about, in this case? Well, as the franchise has proven, the Rainier family has another medium, Imogen. She could easily become the protagonist of the story as she follows in Elise’s footsteps. Centering the story around Imogen opens up several possibilities, since the character is younger than the more experienced Elise, and is still coming to terms with her powers. Thus, ‘Insidious 5’ could be along the lines of an origin story for a new hero as we see Imogen tackle supernatural cases. Despite the story being about Imogen, there is no reason why Elise will not be present. It is extremely likely that she will be in “Further”, the supernatural realm, and thanks to Imogen’s powers, it might be possible for Elise to guide and help Imogen in her cases.

Coming to the case itself, it remains unclear for now what the ‘Insidious’ franchise will show. However, there is sure to be a haunting and a family that needs help. In all likelihood, Imogen will be the one lending the helping hand in the upcoming film. The story will definitely be a good one since Wan and Whannell rarely run out of ideas to make scary horror offerings that are bound to leave the audiences satisfied and in the mood for more.

Overall, the choice to make Imogen the new face of the franchise from ‘Insidious 5’ makes the most sense since the character’s youth will allow for a more visceral and physical experience, while the franchise will potentially be opening itself up to many more years of movies, because Imogen is bound to go on many adventures over her lifetime, as compared to Elise, who we met when she was already old and highly experienced.

Insidious 5 Cast: Who Can Be In It?

Actress Lin Shaye opened up about ‘Insidious 5’, saying “I think there is another one, that they have a story for that and it is very different. The last one, for me to have realized the character’s past, present, and future of my character, was a gift. I don’t know if there’s a script being written, but I think there will be another ‘Insidious’ movie.” She continued speaking about her character saying that there is a good chance of her being in the film as a ghost in the “Further”. This would definitely make the plot more spooky. Apart from her, Caitlin Gerard is likely to reprise her role as Imogen Rainier.

It remains to be seen if new cast members are added depending on the direction the franchise takes, but these two actresses should be reprising their roles.

Insidious 5 Crew: Who Can Be Behind It?

While it would be really cool to have James Wan returning as the director, chances are he will just help develop the project along with Whannell, who is likely to return as the scriptwriter, having worked in that capacity on all four films. Since Adam Robitel did a fantastic job with ‘Insidious: The Last Key’, we are entertaining the possibility that the franchise might bring him back to helm the fifth movie as well.

Blumhouse Productions under Jason Blum is sure to be involved in the fifth movie since the franchise has helped the production house make some easy money, delivering high returns on relatively small investments.

Insidious 5 Release Date: When Can It Premiere?

The ‘Insidious’ movies usually release with a two-year gap between them. The fourth film released in 2018, but 2019 is almost coming to a close and there has been no news about a fifth film yet. Thus, our best guess is that ‘Insidious 5’ will release sometime near the tail end of 2020, but is most likely to have a 2021 release.

‘Insidious 5’ does not have a trailer yet but do check out the trailer for ‘Insidious: The Last Key’, that is, the fourth movie.