Plants vs. Zombies 3: Everything We Know 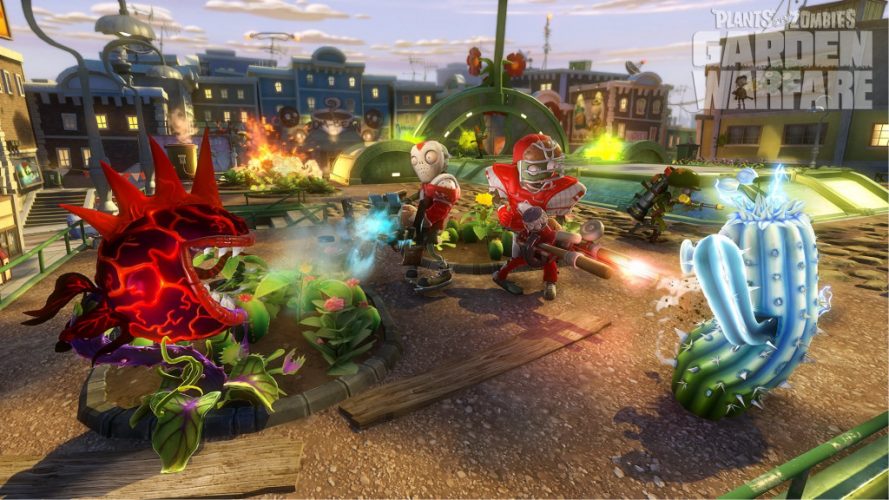 In the past, the world of gaming has been brimming with strategy games, most of which, are seemingly clones of one another. But if you believe that you’ve had your share of tower defense games, you’re probably wrong as PopCap—one of the better known casual game developers—brings you ‘Plants vs Zombies’. Despite having the basic mechanism of other similar games, it’s the charm and overall appeal that makes it stand out from the crowd. The game also brings in elements of comedy by introducing goofy zombies who range from dancing Michael Jackson types to aquatic zombies who ride the waves with dolphins as they approach your home.

Even when in action, despite being suitable for almost all ages, the game delights you with its amusingly animated attacks and characters without going too overboard with it. It also has a very memorable soundtrack that gets more intense as the game begins to level up. The subtle grunting and moaning noises made by the zombies add to the tense-environment of the game as they slowly lurch towards your yard.

Most of all, each new level of ‘Plants vs. Zombies’ brings you “something special” that completely hooks you on to it. Overall, regardless of what you think about tower defense games, ‘Plants vs. Zombies’ will certainly have something new in store for you and will restore your faith in the dying genre. That being said, a new version of the game was recently announced and here is everything we know about it.

Plants vs. Zombies 3 Plot: What is it About?

‘Plants vs. Zombies’ has a simple tower invasion setup where a mob of “fun-loving” zombies is determined to invade your home. In your defense, to destroy close to 26 different types of zombies, you can only rely on zombie-zapping plants that surround your home. From peashooters to walnuts to cherry bombs, these plants come with a myriad of attacks where each emulsifies the zombies in a very distinct way. Each zombie has unique abilities of its own, so in order to effectively destroy all of them, you must strategize on which plant you intend to use and you must also be able to productively plan your limited supply of seeds and greens.

To add to the fun, several obstacles like swimming pools, setting sun and creeping frogs are also induced in the game, depending on the mode you’re playing. Speaking of the mode, you have five different modes to choose from—Adventure, Mini-Games, Puzzle, Survival, and the relatively relaxing Zen Garden. The main Adventure mode involves multitudes of setups that span across 50 levels. In of these distinctive layouts, you get to slay zombies through the day, throughout the foggy night and even in a swimming pool or at the rooftop of your home.

As a player, in ‘Plants vs. Zombies’, you place different types of plants and fungi to protect your home from a rabble of zombies. Each of these plants possesses different offensive and defensive abilities and you’re supposed to plan their use accordingly. Unless bitten a clove of garlic, the zombies don’t usually stick to one of the five lanes that lead up to your home. Planting costs “sun” and this can only be collected during the daytime to later bloom the plants and fungi. Almost all the plants are only capable of attacking the zombies of their respective lanes. As the game progresses, you can also unlock new defensive and offensive abilities.

To keep things interesting, the game exposes the player to many distinctive layouts and levels. It all starts off on a huge front yard and as the game advances to new levels, the exposure to the sun diminishes and only restores itself when the player is able to cover a fixed number of yards with the plants. In the last few levels of the game, the player is exposed to nighttime pool levels where some thick fog covers the entire screen. This fog disables you from using most of your plants. In the final rooftop level, the player must battle a huge robot who has been created by a crazy zombie scientist named Dr. Zomboss. There also various set points throughout the game where the player is either warned through a letter by zombies or self-addressed by Crazy Dave to organize for an ambush.

Each player begins the game with a restricted supply of seed pack sorts and seed pack slots that have to be used for many levels that follow. The number of slots may be inflated through purchases with in-game cash. At the beginning of every single level, the player is exposed to all the kinds of zombies that he/she might encounter at a given level and taking that into context, the player has to choose the types of seeds he/she wishes to carry to that level. Certain plants, like mushrooms, are nocturnal and just because they require less sunlight, they are ideal for nighttime attacks. But each plant is only confined to one particular function and because of this, most plants are only effective against certain kinds of zombies. For example, mushrooms have magnetic abilities so they can only be used against zombies that possess metallic objects.

The zombies come in all shapes and sizes and each of them is specialized in different attributes such as speed, damage tolerance, and abilities. There are also some overpowered zombies who wear makeshift armor and can literally jump or fly over the plants. Some can even summon new zombies from the ground and create an entire army. At some point, a player will have to face huge swarms of zombies.

A player can also use lawnmowers to destroy zombies who are somehow able to cross the lane. However, any zombie who crosses the lane for the second time will be able to enter the house of the player. With this, the music of the game abruptly changes and while all the other plants and zombies stop moving, that particular zombie slowly enters the house.  Soon after this, the game comes to an end and with an ear-deafening scream in the backdrop, a message pops up saying “The Zombies Ate Your Brains!!”

In its Pre-Alpha state that is available right now, the game will be free to access for the limited number of users who are able to get in. But since its constantly going through developmental changes, progress made by users will be reset each time. ‘Plants vs. Zombies 3’ largely resembles the first and the second game in context with its aesthetics and will have a similar portrait mode tower defense setup where you have to drag and drop different plants to protect your home from zombies.

There is also a new upgrade feature for the plants that has something to do with tacos but we don’t know much about right now as the game is constantly being developed. Apart from that, after its final release, the game will probably launch as free-to-play with in-app purchases ranging up to $99.99. Like the previous editions, we can also expect some new addictive mechanisms in this one that will get you hooked on to it.

Plants vs. Zombies 3 Developers: Who Are The People Behind It?

An internal gameplay concept of “Garden Warfare” was first produced by a team at EA Games. After they created a prototype for it, it was taken up by PopCap Games and its team gave commenced its development by giving it more structure. The new version of the game will also be taken up by PopCap Games and unlike the previous versions, it will probably not involve too many in-app-purchases.

Plant vs. Zombies 3 Release Date: When And Where Can I Play It?

As of now, PopCap Games has only announced that the game is still under construction but fans can still find its Pre-Alpha version on Google Play Store. They also confirmed that only a limited number of players will be able to play it right now and its Pre-Alpha version will be handed out in phases. This initial version is available for Android 6.0 or higher users. No release window regarding its final release has been announced yet, but we can expect Plants vs. Zombies 3 to release by Q3 2020.