‘Shrek 5’: Everything We Know 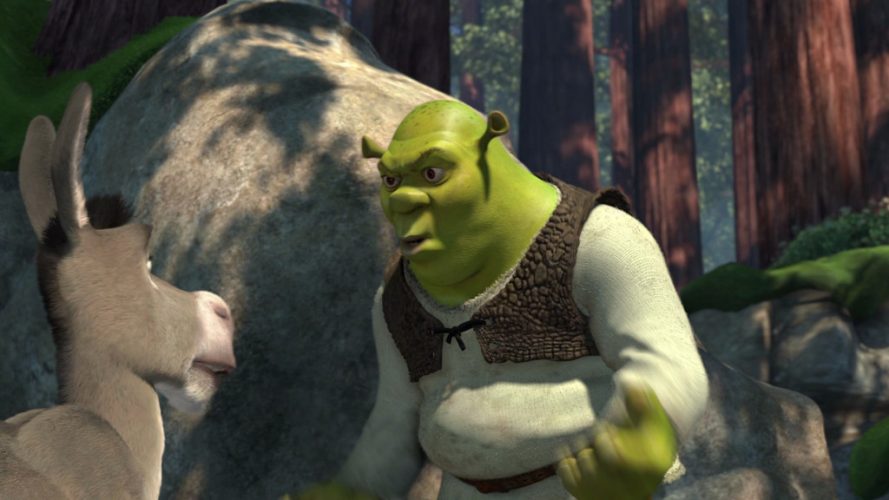 William Steig’s picture book ‘Shrek!’ got made into animated movies by DreamWorks Animation. Thus, the ‘Shrek’ franchise was born. It told us the story of an ogre living in a swamp. Although gruff at the start, the ogre eventually goes on several adventures with his best friend. Donkey. These adventures help him to find love, make more friends, and become a more likable ogre overall.

The movies managed to give Disney a serious run for their money when they came out, with the new take on fairy tales, turning many a trope on its head. We eventually became extremely fond of the characters, while the risque jokes and emotional narratives made us sit and watch in wonder. While the sequel to the first movie seemed to be even better, somewhere down the line, the franchise forgot to keep innovating. Soon enough the same formulaic approach became somewhat old, and by the time we came to ‘Shrek Forever After’, in 2010, no one really cared about the ogre and his many hijinks.

That being said, it is not completely possible to forget a favorite franchise, and fans have been looking forward to the fifth installment that has been in works for quite a while. Details are scarce but we do know that the project is being made. Thus, without further ado, let us tell you everything we know about ‘Shrek 5’.

Shrek 5 Plot: What Can It Be About?

The script for ‘Shrek 5’ is already complete and while it has been described as being very personal and very fun, by the scriptwriter, not much else is known about where the story will go. That being said, there have been some reports that ‘Shrek 5’ is going to be a reboot and not a sequel. Not sure how the fans will react to this, but according to us, this is a pretty good idea for a couple of reasons.

Firstly, it has been quite a while since the fourth story released, and it does not make sense for the fifth to pick up after ‘Shrek Forever After’, especially since it was the lowest-grossing movie in the franchise. Moreover, the idea is to start with a new slate, making use of the new animation technologies available. DreamWorks could be looking to take a page out of Disney’s playbook, and opt for a live-action animation.

In terms of the story, we could potentially see Shrek and Donkey return for more of their adventures. Since the universe has grown, new characters could all play important parts in how the movie shapes up. A reboot could also see the story following Shrek and Donkey’s children, though it would be wise to have some of the old characters remaining, so as not to baffle viewers with completely new characters. There have also been some suggestions that we could see Shrek at an old age, perhaps living out in the swamp and his next adventure could take place closer to home.

One thing is for certain, we know that ‘Shrek 5’ will attempt to tell a unique story, taking pains to distinguish itself as being different from just another film in the franchise. It remains to be seen what direction it takes to present us with a fresh story.

The cast of ‘Shrek 5’ is sure to include some of the popular actors who have lent their voices before. These include Mike Myers as Shrek, Eddie Murphy as Donkey and Cameron Diaz as Princess Fiona. Apart from that, Puss became a well-loved character due to his swagger and showmanship. Thus, we can expect the character to be back in the fifth movie, with Antonio Banderas lending his voice again.

Apart from that, we have to wait and see if any new characters are added, considering it would mean new actors lending their voices to bring these roles to life.

Shrek 5 Crew: Who Can Be Behind It?

The crew of ‘Shrek 5’ remains unknown for now since the project is moving along. The story comes from Christopher Meledandri, who has promised to make the film a priority though he has other projects on his plate. The script comes from Michael McCullers who has worked on projects like ‘Austin Powers‘ and ‘Boss Baby‘. In fact, it is McCullers who has assured that the story will surprise us and how he is incredibly satisfied with the way the script has turned out.

Shrek 5 Release Date: When Can It Premiere?

‘Shrek 5’ has had multiple delays but as of now, a tentative release date has been fixed for September 2022. The news came after it was discovered that Universal Pictures had blocked a date for an untitled DreamWorks’ movie in September 2022, leading us to believe that is when we get to see ‘Shrek 5’.

‘Shrek 5’ does not have a trailer yet, but you can check out the trailer for ‘Shrek Forever After’ to get an idea of what the upcoming film might be about.