Nichole Holmes From Marriage or Mortgage: Everything We Know 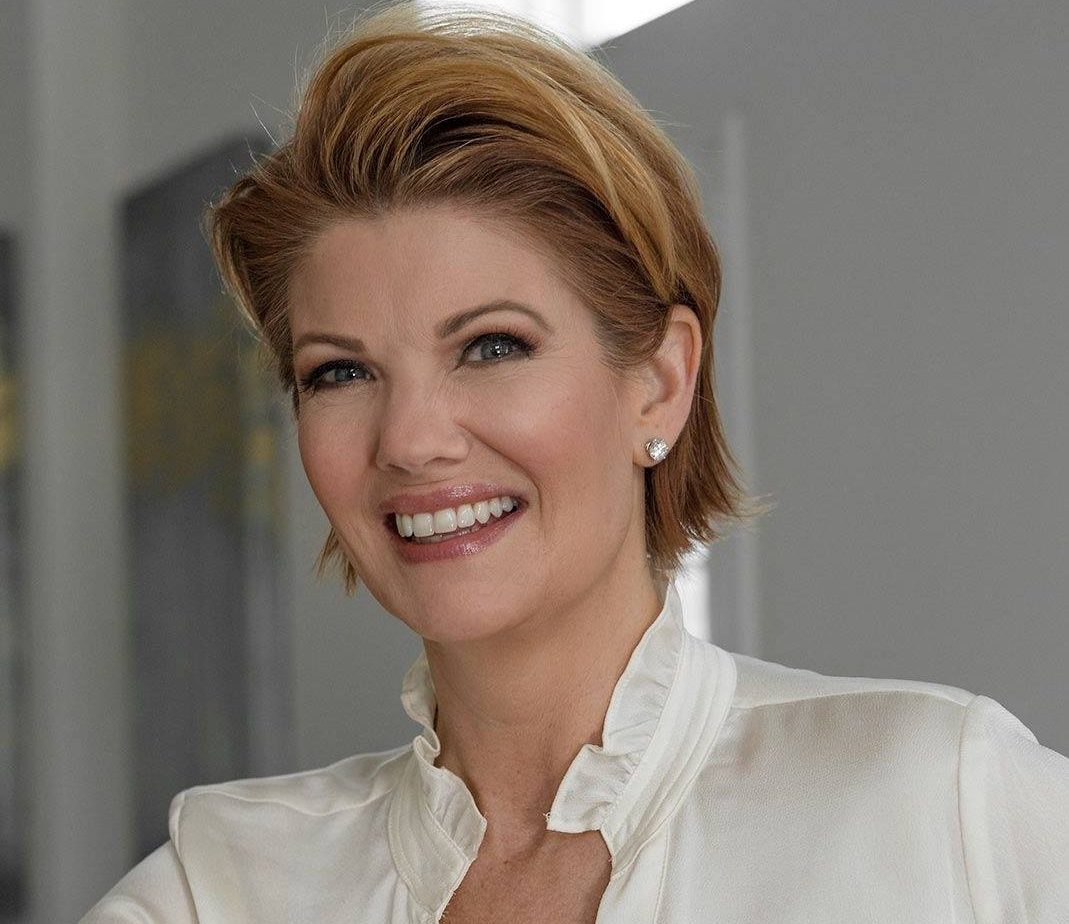 Netflix’s ‘Marriage or Mortgage’ asks newly engaged couples whether their savings are better used in a lavish and luxurious wedding or a dream house of their own. This exciting twist in pitching marriage vs. real-estate is what attracts viewers to the reality TV show. At first, the couple is made to experience what an extravagant wedding or a dream house will feel like, and in a thrilling conclusion, they are made to choose between the two.

While famed wedding planner Sarah Miller represents team marriage, the successful and brilliant real estate agent, Nichole Holmes, represents team mortgage. Nichole’s winning attitude and lively personality immediately garnered her a big fan base after she appeared in the reality show. Naturally, her fans are interested to know everything that there is about their beloved real estate agent. Don’t worry, we have got you covered!

Nichole Holmes was born in Illinois on March 30, 1974, to Mikie and Lynn Holmes. The 46-year-old grew up alongside his sister, Michelle, in a tight-knit family in Marion. Nichole attended Marion High School from where she graduated in 1992. After graduation, she enrolled in John A. Logan College and earned an associate’s degree in general studies in 1994. She then received a BS in radio/television from the Southern Illinois University in 1997. 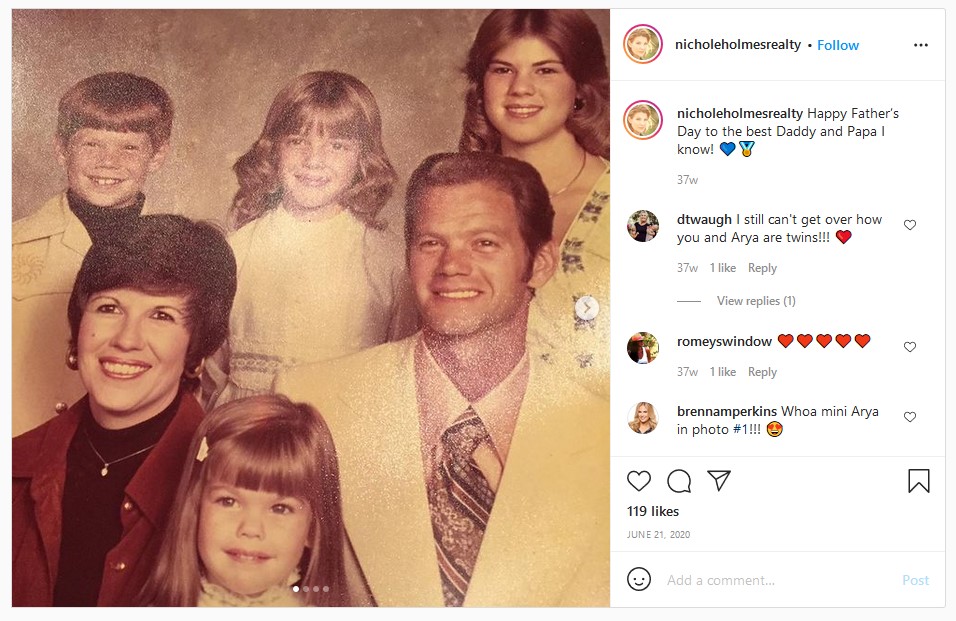 Before finding success in the real-estate business, Nichole had dipped her feet into modeling and is even a former contestant for the Miss USA pageant (1995), where she bagged the 2nd runners up prize and won the title of Miss Photogenic. While Nichole kept crossing milestones in the world of real-estate, her sister, Michelle, is an image/styling consultant who runs a successful bridal and pageant boutique in Marion. The real estate agent still keeps in touch with her family members and loves to spend time with them. 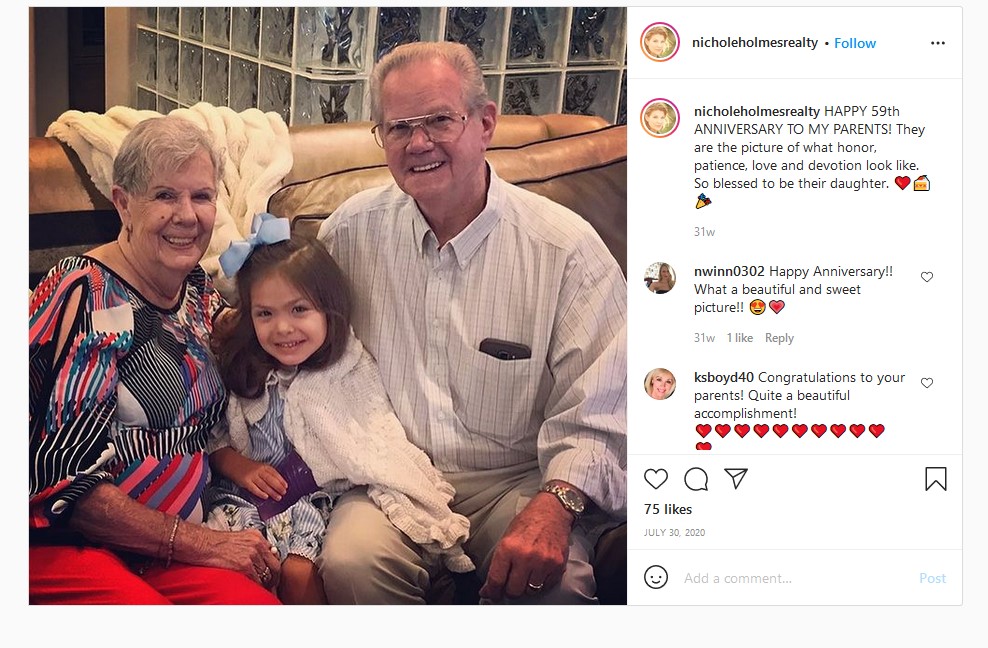 After her stint with modeling, Nichole Holmes completed her education and took up the profession of selling houses in Nashville, Tennessee. As per her Linkedin page, Nichole has been working as an affiliate broker at PARKS since August 2017, marketing luxury homes in the Nashville area. The talent agent is hugely successful in her job and has accumulated a high rating compared to other real estate agents in her area. Her hard work and tenacity made her reach heights and gave her the excellent opportunity to co-host ‘Marriage or Mortgage’ with Sarah Miller.

In an interview with SFGate, Nichole said that she was a hopeless romantic and chose a big wedding over a dream house when she first married. Her first marriage ended in divorce after seven years. This divorce was what turned Nichole into an efficient investor as she said, “Well, fast-forward seven years, and I got divorced. And then I was amortizing how much everything cost, and what it cost per year that the marriage lasted, and I was, like, “Wow, that really wasn’t a smart financial decision on my part!” 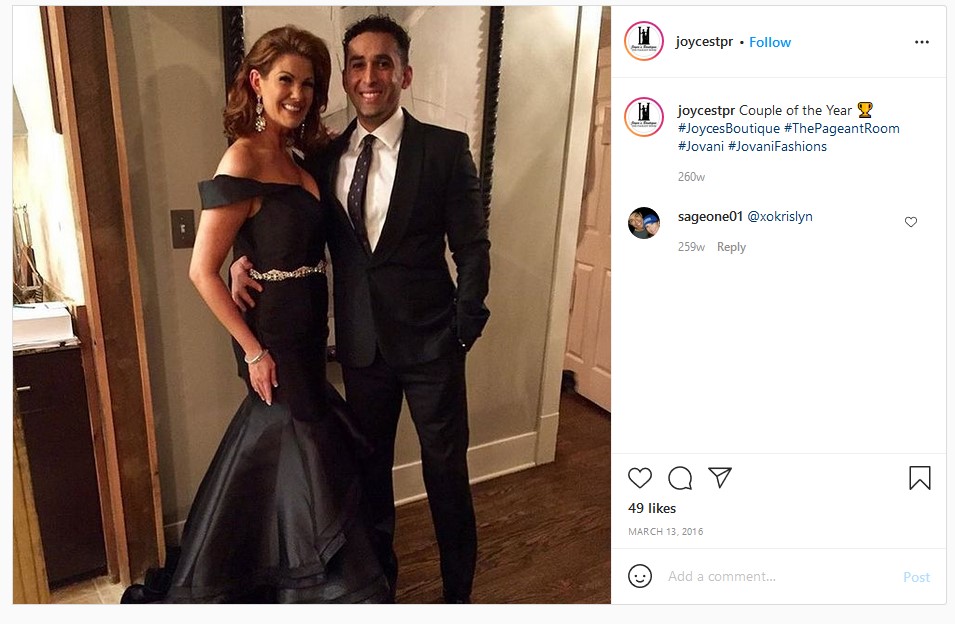 After her first divorce, Nichole met Ali Frazmand in Nashville. Ali is a former real estate broker and the owner of the Nashville-based printing company, Printers Press. They got married in a low-key courthouse wedding in 2015 as Nichole didn’t want an extravagant marriage after her first divorce. At the time of the marriage, Nichole was almost five-months pregnant. A few months later, she and Ali welcomed their beautiful daughter, Arya Holmes Frazmand, who was born two months premature. 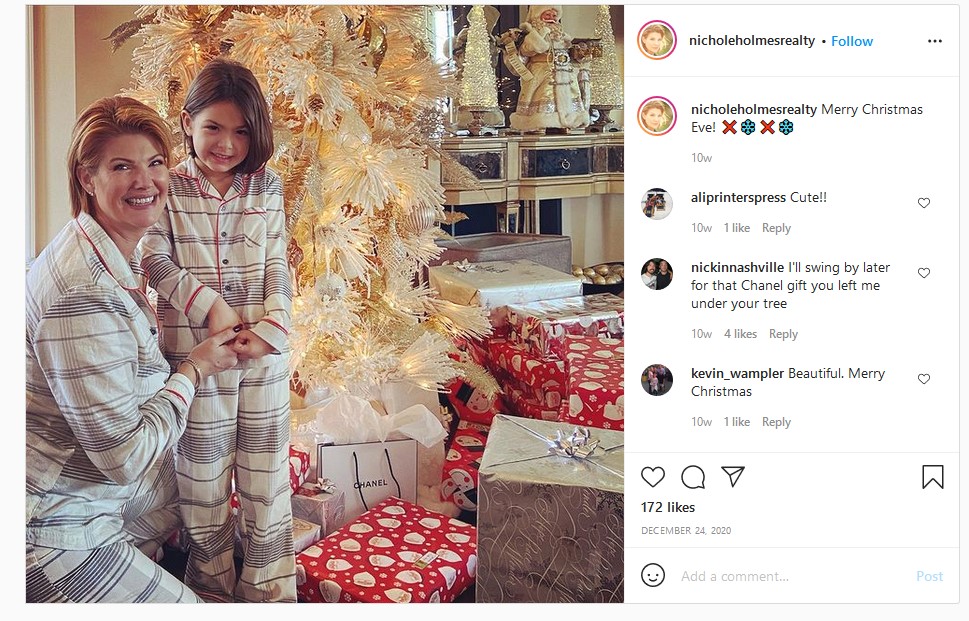 Troubled at first, the little girl recovered quickly after spending a short time in the neonatal intensive care unit (NICU) and was able to go home with her happy parents. For a while, the family of three enjoyed themselves, but Nichole’s marriage to Ali too ended in a divorce. The couple, though, remained on friendly terms with each other, and Ali recently congratulated Nichole, through a Facebook post, on the release of ‘Marriage or Mortgage.’

As of now, Nichole does not seem to have a romantic partner, but she shares a beautiful relationship with her daughter. The real-estate agent spends most of her free time with Arya, as is evident through her social media account, full of beautiful and fun pictures of the two. Presently, Nichole Holmes lives with her beloved dogs, Liza and Archie, and her daughter, Arya, in Nashville, Tennessee.

Read More: Sarah Miller From Marriage or Mortgage: Everything We Know