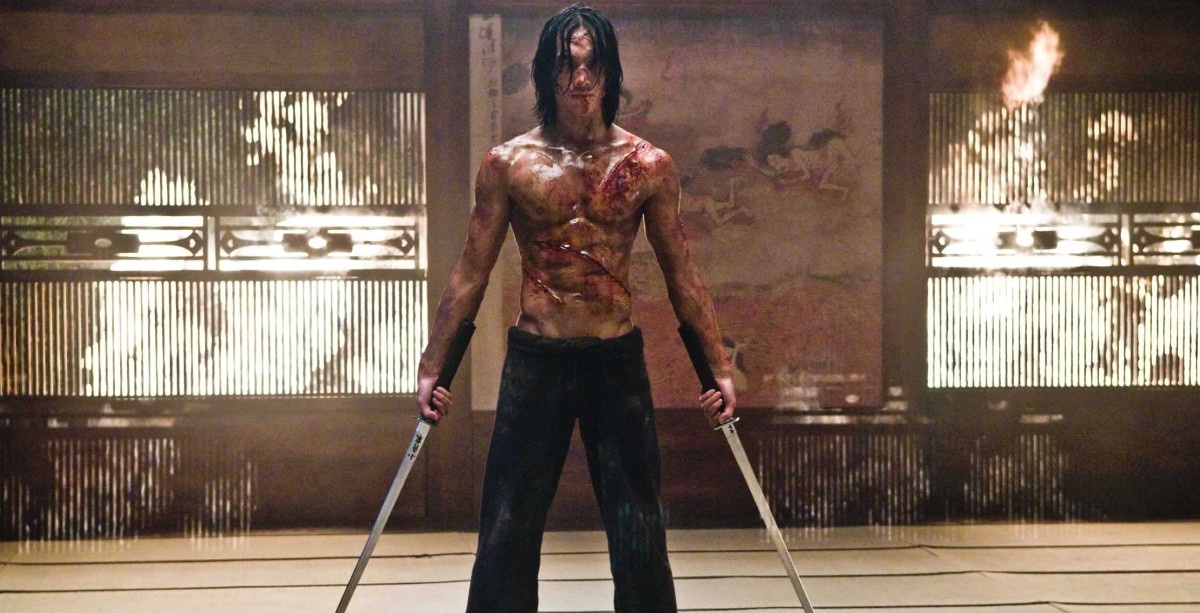 The involvement of Lana and Lily Wachowski (‘The Matrix‘) in any project ensures that it will be visually mesmerizing, and ‘Ninja Assassin,’ on which they serve as co-producers, is no exception. The story revolves around Raizo (Rain), one of the many orphans taken in by the Ozunu Clan and put through brutal training to turn them into ninjas. During the training, Raizo develops a romantic bond with a fellow disciple, Kiriko (Anna Sawai).

However, she is killed on the orders of the clan leader, Lord Ozunu (Shô Kosugi), after she tries to escape from the life of murder and servitude. This sets up a chain of events that eventually culminates in Raizo turning on Ozunu and the clan. Here is everything you need to know about the ‘Ninja Assassin’ ending. SPOILERS AHEAD.

The film begins with a Yakuza leader named Hollywood (Sung Kang) getting a tattoo. He receives an envelope filled with black sand. The elderly tattoo artist knows exactly what it is and recounts his first encounter with ninjas. Hollywood and his men laugh off the tattooist’s seemingly preposterous statement. But he is soon proven to be terrifyingly accurate as a figure wrapped in shadows suddenly becomes animated and kills them all.

‘Ninja Assassin’ has two predominant timelines. One follows Raizo in the past, from the time he was brought into the clan to when he left, while the other depicts the current events. The sole source of happiness in Raizo’s otherwise bleak life under Ozunu’s cruel tutelage is Kiriko. Her optimism and willingness to draw Ozunu’s ire to help others deeply influence Raizo, and the two of them begin to harbor romantic feelings for each other.

Although she is evidently gifted, Kiriko becomes disillusioned about the life of a kunoichi or a female ninja. She decides to escape and asks Raizo to join her. As he isn’t ready to discard Ozunu’s shackles at the time, he declines. Kiriko is then found and killed by Raizo’s rival, Takeshi (Rick Yune). After successfully killing his first victim, Raizo is ordered to kill another defecting kunoichi. The similarity between this girl and Kiriko forces Raizo to make the choice that he always had to. 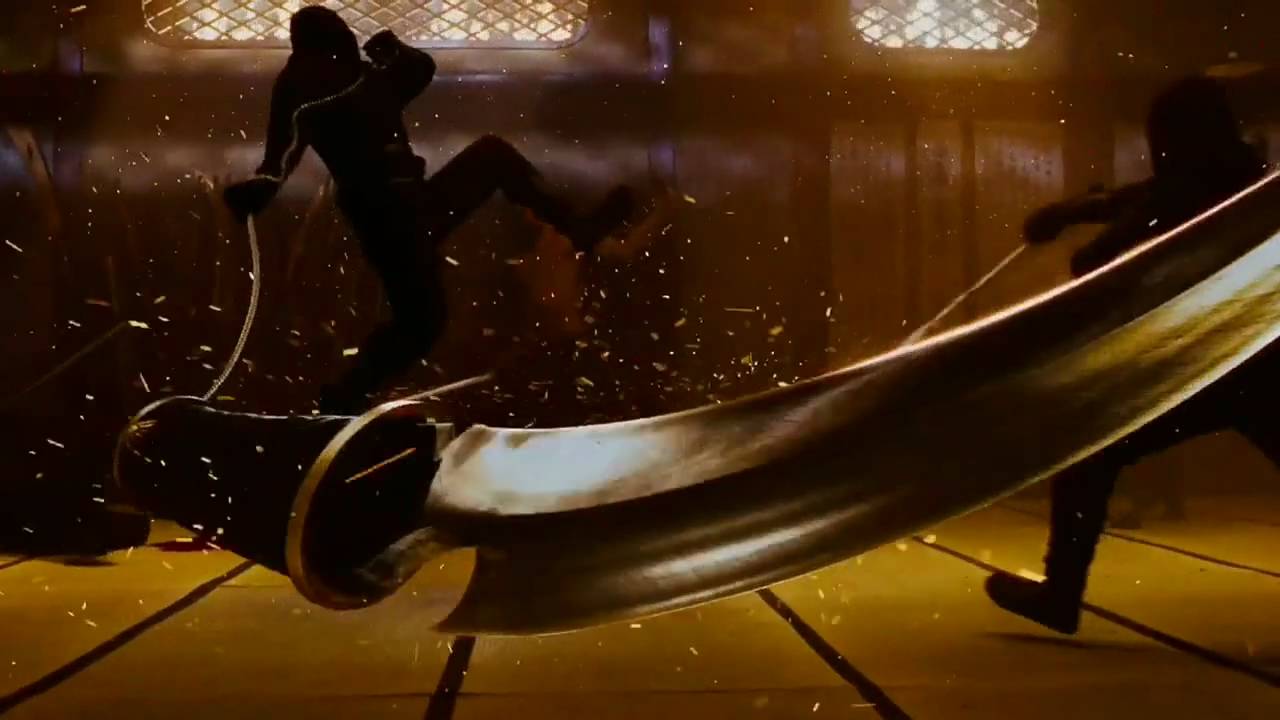 He rebels against his maker and leaves a large gash on Ozunu’s face, just like the latter had done to Kiriko. Raizo subsequently makes it his life’s mission to gain vengeance on Ozunu. In the present time, Mika Coretti (Naomie Harris), a forensic researcher working for Europol, discovers that clans of ninjas are still active in the modern-day scenario, committing high-profile assassinations for governments and private parties.

She reveals her findings to her immediate boss, Ryan Maslow (Ben Miles), who is forced to forego his initial skepticism because of the overwhelming evidence that Mika brings to him. Almost inevitably, the Ozunu Clan comes after Mika. This is when she meets Raizo. After he saves her from the clan’s first attack, they decide to work together to bring Ozunu and his entire operation down.

During his climactic battle with Ozunu, Raizo quickly discovers that the older ninja is more than a match for him. Ozunu uses his shadow blending technique so seamlessly that even Raizo, a trained ninja himself, can’t spot his movements. Ozunu declares that Raizo is the most talented student he has ever had, and he was grooming him to be his successor. Instead, Raizo has brought about the clan’s destruction. Ozunu defeats Raizo and is about to kill him when Mika intervenes, firing her gun at Ozunu. Although she fails to kill him, she buys Raizo some precious moments of respite. 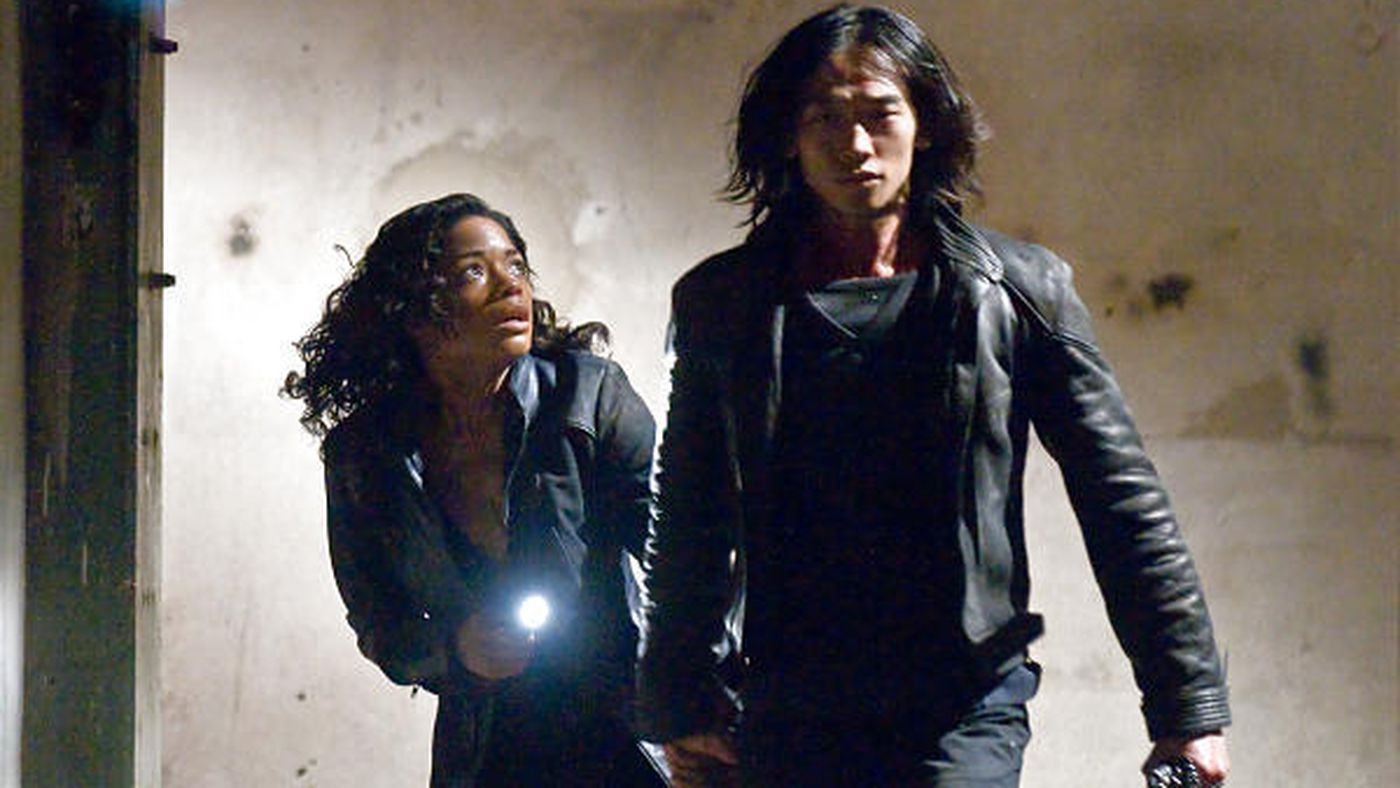 However, in exchange, it appears that she pays the ultimate price when Ozunu seemingly stabs through her heart. Believing that he has lost yet another person he cares about to the monster before him, Raizo finds power and drive deep within himself and resumes fighting. He copies Ozunu’s shadow blending technique and quickly inflicts several serious injuries on his old master. When Raizo finally kills Ozunu, it’s not just vengeance for Kiriko and his own lost childhood, but Mika as well.

Throughout the film, Raizo keeps mentioning that Mika has a special heart. Initially, he says this as a reference to her courage. He repeats it after the climax, this time meaning it literally. Like the elderly tattooist that the audience has met in the film’s opening scene, Mika’s heart is located on the right. This is a real, albeit extremely uncommon, medical condition called dextrocardia with situs inversus. This is what saves her life when Ozunu stabs her. Although she immediately loses consciousness, the wound turns out to be not fatal.

For centuries, the Ozunu Clan has collected children from all over the world and then trained them to become ninjas of the next generation. These children are indoctrinated to perceive the clan leader as their father and fellow ninjas as siblings. Some of these children become so psychologically twisted due to the training that they learn to draw perverse pleasure from the acts of killing and torturing. Takeshi is one such youth.

On the other hand, there are young men and women like Raizo who are horrified by what they are forced to do but clamp down on their emotions, knowing death awaits on the other end of insubordination. But Kiriko is a member of a rare 3rd group. She rebels against Ozunu’s authority constantly and downright rejects it when she is ordered to do something that contradicts her personal sense of honor.

She dreams of freedom and a life away from the bloodshed and Ozunu’s absolute control. After her death, Raizo inherits her dreams. He couldn’t accompany her when she tried to escape from the clan and partially blames himself for her death because of this. He carries around the broken watch of his first and only victim as a full-fledged Ozunu Clan ninja as a reminder that until Ozunu is alive, he can never be completely free.

During their fight, Raizo tells Ozunu that he will take the first breath of his life after killing the older man. And that is what he does afterward. He climbs the same wall that Kiriko climbed during her escape. As he stands on top of the wall and looks at the mesmerizing scenery surrounding him, he takes a deep breath, effectively assuring himself that he is finally free.

How Are Ninjas Still Active Currently?

According to the ‘Ninja Assassin’ mythology, there are 8 other ninja clans aside from Ozunu, and they are all apparently active. For centuries, they have killed people in exchange for money, and the amount of money required to hire them has always been 100 pounds of gold, which, as the film establishes, is a little over $1.5 million when fictional Russian Prime Minister Zukoff is assassinated. They still use the ancient weapons: katanas, daggers, and throwing stars. Raizo’s preferred weapon is a modified version of kusarigama (chain-sickle), even though he is equally adept at using a katana.

The masters of the Ozunu Clan also seem to have the ability to heal themselves. The ninjas in the film are so well-trained that even the members of special forces armed with modern weapons are no match for them. To shift the battle in their favor during the raid at Ozunu Clan’s headquarters, the soldiers fire flares towards the sky, brightening their surroundings. This diminishes the advantages for the ninjas, who are more accustomed to fighting from the shadows, and ends up being one of the primary causes of the Ozunu Clan’s fall.