Only Murders in the Building Episode 1 Recap and Ending, Explained

‘Only Murders in the Building’ is a comedy series with a murder mystery twist from creators Steve Martin and John Hoffman. The show’s premiere episode opens in the midst of a gruesome murder and introduces us to three true crime enthusiasts who band together to solve the mystery of their neighbor’s death. However, the more compelling mystery lies within the true nature of these characters. Without further ado, let’s dive into the episode’s events. Here’s everything you need to know about the ending of ‘Only Murders in the Building’ episode 1. SPOILERS AHEAD!

Only Murders in the Building Episode 1 Recap

In ‘Only Murders in the Building’ episode 1 titled ‘True Crime,’ we meet Charles, an actor who used to be the star of a 90s cop show; Oliver, a washed-out Broadway director; and Mabel, a young and mysterious girl. The three live in the same apartment building, the Arconia, and share an enthusiasm for true crime podcasts. They are practically strangers until a fateful event occurs.

One day, after the trio finds themselves in the elevator along with a resident named Tim Kono, they each go to their homes and listen to their favorite true-crime podcast. However, the fire alarm is rung, and the residents have to empty the building as the police arrive to investigate a death. Charles, Oliver, and Mabel run into each other at a restaurant.

There they bond over their love for true crime podcasts while sharing precariously little about their personal lives. They return to the building and learn that the deceased is Tim Kono. The trio sneaks into the crime scene to see the dead body and suspect it to be murder while the police think it is a suicide. Charles, Oliver, and Mabel launch their own investigation and make it the basis of their true-crime podcast.

Only Murders in the Building Episode 1 Ending: What Is Inside the Package?

Charles and Mabel realize that the night Tim died, he was carrying trash even though each floor in the building has its own garbage chute. Charles and Mabel take Oliver to the garbage area, and they search for clues. They find letters from Tim that hint he was tired of being lonely and killed himself. However, sometime later, Mabel recollects that Tim had an issue with his packages being misdelivered. 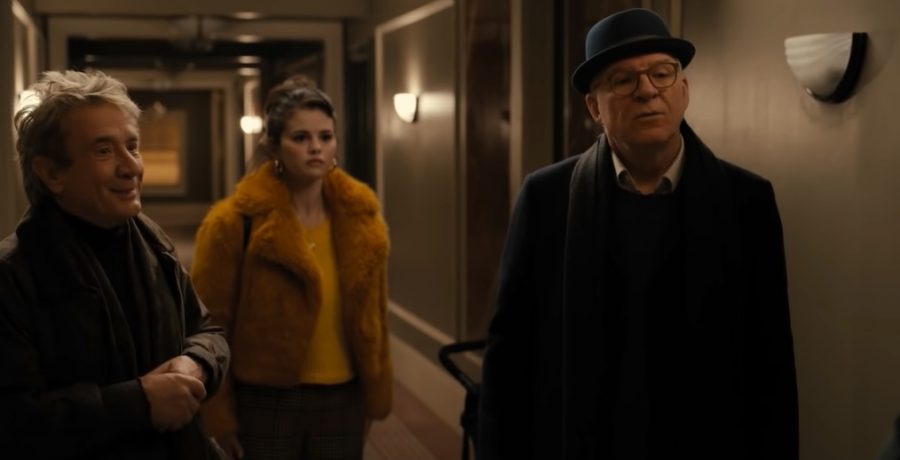 The night Tim died, he was complaining about a misdelivered package on the phone. Mabel and Charles figure out that the package must’ve been delivered to Buddy’s apartment. Buddy is the head of the building’s board, and the duo sneaks into her apartment. There they find a package addressed to Tim. Inside the package is a ring.

From Tim’s tone, it is evident that the package was important to him. He also did not show any signs of distress or suicidal tendencies. A person who was waiting for a ring to likely propose to someone he loved and therefore wasn’t lonely couldn’t possibly die by suicide. This makes the trio suspect that Tim was murdered. The letters they find serve as misdirection, but the ring reaffirms their doubts. Thus, the first episode’s ending efficiently sets up the mystery, and it is now up to Charles, Oliver, and Mabel to solve it.

Towards the end of the episode, it becomes plenty evident that Charles, Oliver, and Mabel are hiding something and do not fully trust each other. Charles is hiding something personal, and it is hinted that his partner left him. Oliver is hiding that he is unemployed and is financially strapped. However, it is Mabel who is hiding the darkest secret. 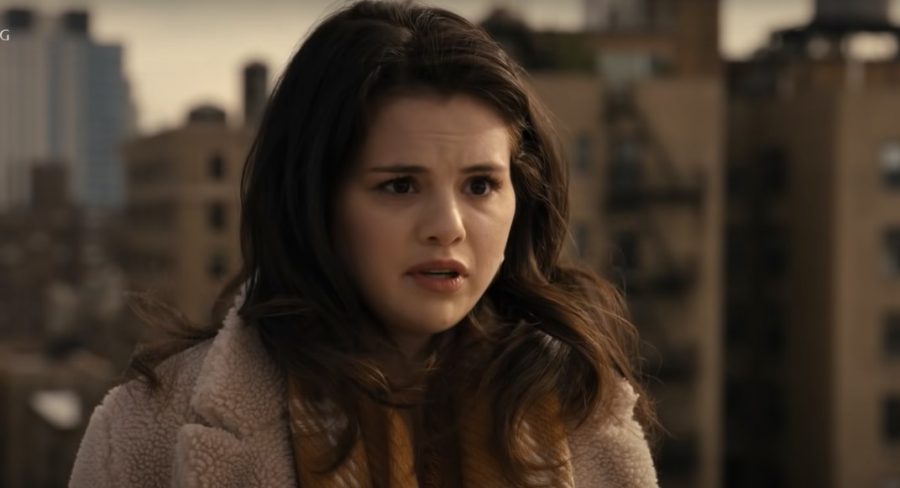 Earlier in the episode, she tells Charles that she is remodeling her aunt’s apartment at the Arconia. Initially, Mabel does not want anything to do with Charles and Oliver. However, she becomes more involved in solving the mystery than the two older men. On the surface, it seems like she is just interested in true crime and looking for a way to deal with her loneliness. She tells Charles that she had a group of close friends dubbed “The Hardy Boys” with whom she solved mysteries as a kid. Mabel is no longer in touch with her friends, and it seems like she is trying to make new ones by solving this mystery.

However, the real reason why Mabel is so invested in solving the case is that she knows the victim. We get a confirmation of the same in the closing moments of the episode. Tim was a friend of Mabel and one of “The Hardy Boys.” What makes the twist even darker and the mystery more compelling is that Mabel does not admit to knowing Tim in front of the police. It also explains why she is one step ahead of Charles and Oliver and finds all the important clues. She shares a personal connection to the victim, and only time will tell whether Mabel had a hand in Tim’s death.