Only Murders in the Building Episode 3 Recap and Ending, Explained

The third episode of ‘Only Murders in the Building’ takes a little detour from Charles, Oliver, and Mabel’s investigation as the men focus more on their true-crime podcast. The trio goes through all the information they have collected and tries to identify a key suspect. It becomes clear that the killer is someone from the building itself, but do Charles, Oliver, and Mabel get any closer to catching the killer? Here’s a breakdown of the episode’s events that should help you figure out the answer. SPOILERS AHEAD!

Only Murders in the Building Episode 3 Recap

In ‘Only Murders in the Building’ episode 3 titled ‘How Well Do You Know Your Neighbors?’ Charles and Oliver continue recording the podcast while Mabel focuses on remodeling her aunt’s apartment. We get a brief look into Oliver’s past as a successful Broadway director. The trio meets up to discuss the various suspects based on the complaints about Tim they have gathered.

As per Oliver, the prime suspect is a resident named Howard, whose cat, Evelyn, also died on the same day as Tim. Tim had threatened to shoot Evelyn if she bothered him again, something Howard had complained about to the building manager. Therefore, Charles and Mabel decide to interrogate Howard while Oliver tries to bring onboard a sponsor for their podcast. During their conversation with Howard, Charles and Mabel realize that Howard faints at the sight of blood. Therefore, he cannot be the killer.

Oliver convinces his old friend and producing partner, Teddy, to sponsor the podcast. However, he is forced by Teddy to drop the podcast’s first episode early. Charles and Mabel feel that their podcast will be a disaster without any theories or a prime suspect. A chance encounter with a famous musician who happens to be a resident of The Arconia gives Oliver his new prime suspect.

Only Murders in the Building Episode 3 Ending: Who Is The Prime Suspect? Is Winnie Dead?

Towards the end of the episode, Oliver takes it upon himself to filter out the prime suspect from the list that the trio has made. However, despite going through the list multiple times, no suspect stands out as Tim’s murderer. When Oliver returns home, he finds a note left on his door that threatens him to end the podcast. Inside the apartment, Oliver finds his pet dog, Winnie, lying on the ground in distress. 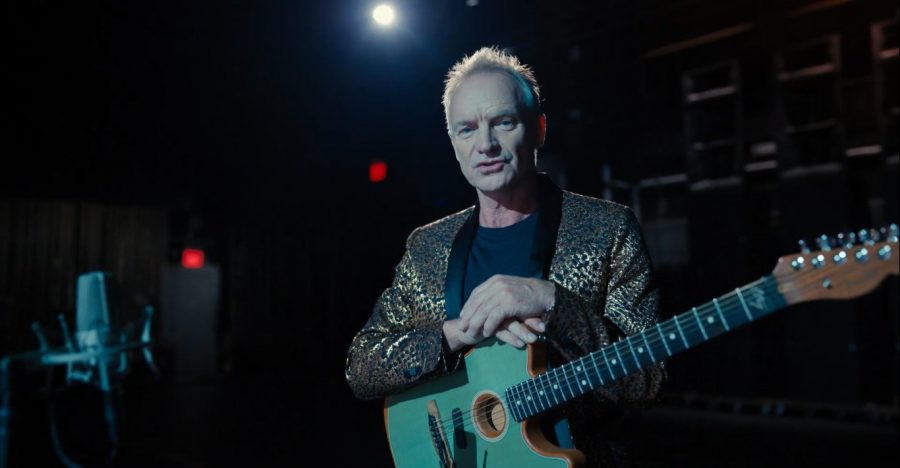 Earlier in the episode, Oliver runs into popular musician Sting, who dislikes dogs. When Oliver tries to talk to him about Tim’s death, Sting aggressively denies knowing anything and accuses Oliver of insinuating that he killed Tim. Therefore, when Oliver finds Winnie, who seems to be poisoned, his suspicion turns to Sting. While it is possible that Sting is the killer, it is likely a misdirection.

Since Charles and Oliver are oblivious to the information Mabel discovered in Tim’s apartment, they don’t see the full picture. Therefore, any suspect they round off is mostly going to be innocent. The killer does not want to see the details of Tim’s death spreading through the podcast and only poisoned Winnie to threaten Oliver. When Oliver gets back home, Winnie is still moving. It is safe to say that the adorable pooch isn’t dead just yet. It is possible that someone is keeping a close eye on the trio and trying to mislead them.

What Is Written on the Note Mabel Finds? What Other Clues Does the Trio Find?

In the end, Mabel is going through the various items she found in Tim’s apartment. Among them, she finds some letters and a note. The note is a reminder to reach a place known as “G.M” on Shore Road on January 31, at 4:30 pm. This is perhaps the biggest clue Mabel has found after discovering the ring. So far, we know that on the night Tim died, a hooded person was seen running up the building when everyone was evacuating. Before his death, Tim had purchased a ring for someone. Hence, it is likely that he had a fiance. 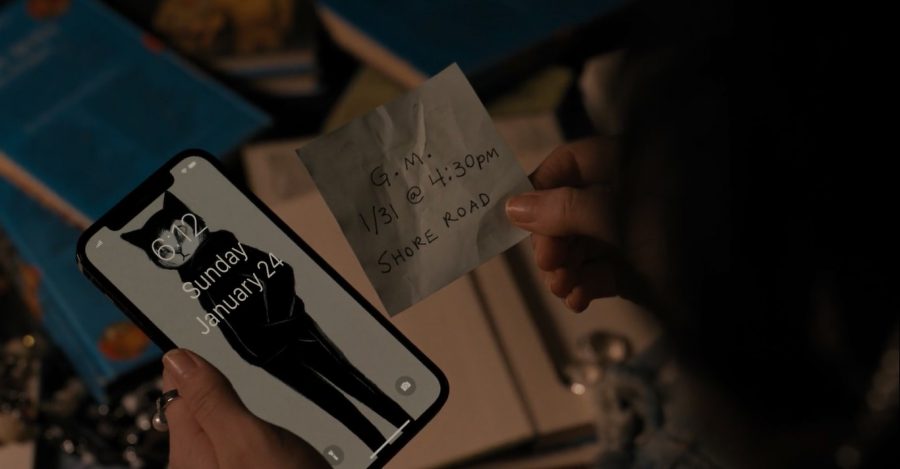 Tim also knew that his friend, Oscar, did not kill Zoe, but he remained silent for some reason. Oscar is now out of prison, but his whereabouts remain unknown. Tim was going through a financial crisis after he was fired from his job. All things considered, the mystery of Tim’s death has various layers. The pieces of the puzzle obtained so far only form the corners while the main picture is still obscure. One thing is for sure, Tim was murdered, and there is a killer on the loose in The Arconia.

Read More: Only Murders in the Building Episode 4 Release Date: What to Expect?