Does ‘Onward’ Have an End-Credits Scene? 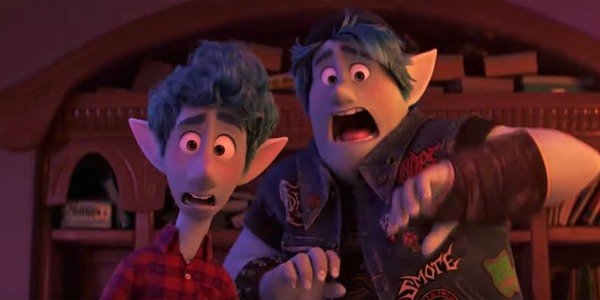 ‘Onward‘ is the latest animated movie from Pixar and recounts a wonderful tale of two brothers who go on an exciting quest. Set in a world of magic, we meet Ian and Barley. The children’s father seems to have passed away before Ian was born, and Barley was very young. However, they have a chance to bring him back to life, using a magic staff. When the spell only brings back their father’s legs, the siblings embark on a journey to complete the spell, and meet their father, before time runs out.

Normally, animated movies tend to add a mid or post-credits scene to set it up for a future sequel. Naturally, you might be wondering if ‘Onward’ heads in the same direction. We have got you covered in that regard. SPOILERS AHEAD.

Does ‘Onward’ Have a Mid or Post-Credits Scene?

No, ‘Onward’ does not technically have a mid or post-credits scene. However, if you stay on until the very end, you will see ownership of some of the things mentioned in the movie. One of the prominent aspects is the Gelatinous Cube, which fans might recognize from Wizard Of The Coast’s ‘Magic: The Gathering’ ( a collectible digital card game). Moreover, some of the role-playing games in the movie also resemble ‘Magic: The Gathering’.

Apart from this small nod, ‘Onward’ packs most of its message in the final moments of the film. Towards the end of the quest, Ian loses faith, while Barley tries his best to bring back their father. In the process, they have to fight a rock dragon. Ian allows Barley to meet their father, while he fights the dragon.

The ending proves Ian’s own realization that he’d always have Barley beside him. Since the message is about making friends along the way, Ian understands that his father might not have been there for him, but Barley always was. He also figures that Barley needs to see their father more than he does because Barley cannot lean on anyone the way Ian leans on him.

The siblings make up and share a hug. We see how Ian makes friends in school, and the brothers seemingly go on another adventure to the park, when Ian makes their vehicle levitate. Notably, the story is deeply personal to the director, Dan Scanlon, whose father’s demise prompted the movie. Scanlon captures the relationship between himself, and his older brother, through Ian and Barley respectively.

Thus, the movie’s ending, which sees the siblings’ reconciliation, as they move on from the death of their father, also justifies the title. Ian needs to move forward in his life, instead of getting hung up about never having met his father. This is exactly what he succeeds in doing, as he forges new bonds by the end of the movie.

To digress slightly, while ‘Onward’ does not have a mid or post-credits scene, you might want to go to the theater a little ahead of time. This is because a short movie based on ‘The Simpsons‘ will play before the film. Starring Maggie Simpson, the film is titled “Playdate with Destiny”. You can check out the official tweet about the short film’s screening, below.

To conclude, ‘Onward’ might not have a mid or post-credits scene, but the film gets the message across in the final moments. It is a championing of the bond between siblings. Even without teasing an upcoming sequel, ‘Onward’ could very well get a follow-up movie, where we see how Ian and Barley’s relationship plays out, now that they are both more confident of what kind of individuals they are.

With Ian being bequeathed the wizard name, Wilden the Whimsical, by his father, it is not hard to imagine the young boy embarking on yet another thrilling quest.