Oogiebear Shark Tank Update: Where Are They Now?

ABC’s ‘Shark Tank‘ is a popular reality series with an intriguing premise featuring multiple high-profile investors, more commonly known as “Sharks,” looking to invest in new business ideas. Entrepreneurs from all over the country have the opportunity to pitch their ideas in front of the Sharks and hope that they impress the financial giants. Over the years, many beloved products people use in everyday life have been featured in the show.

Season 14 started with a live episode and some unique products. Among them were Sina and Nina Farzin, who pitched their company Oogiebear, which sells baby booger pickers. The unique concept and the Sharks’ reaction have made many curious about the company and its product. If too want to know about the same and are wondering what Oogiebear is up to these days, we have your back!

Oogiebear: Who Are They and What Do They Do?

The business was started in 2015 by Maryland parents Sina and Nina Farzin from Maryland. When her eldest child, Ariana, was just a toddler, Nina struggled to keep her child’s nose clean, especially during cold and flu seasons. As a pharmacist, she was dumbfounded that there were no safe and healthy options in the market to help keep her child’s nose clean, leading to healthy breathing habits. Nina’s husband, Sina Farzin, is also a medical professional specializing in sinuses, oral cavities, and airway blockages. 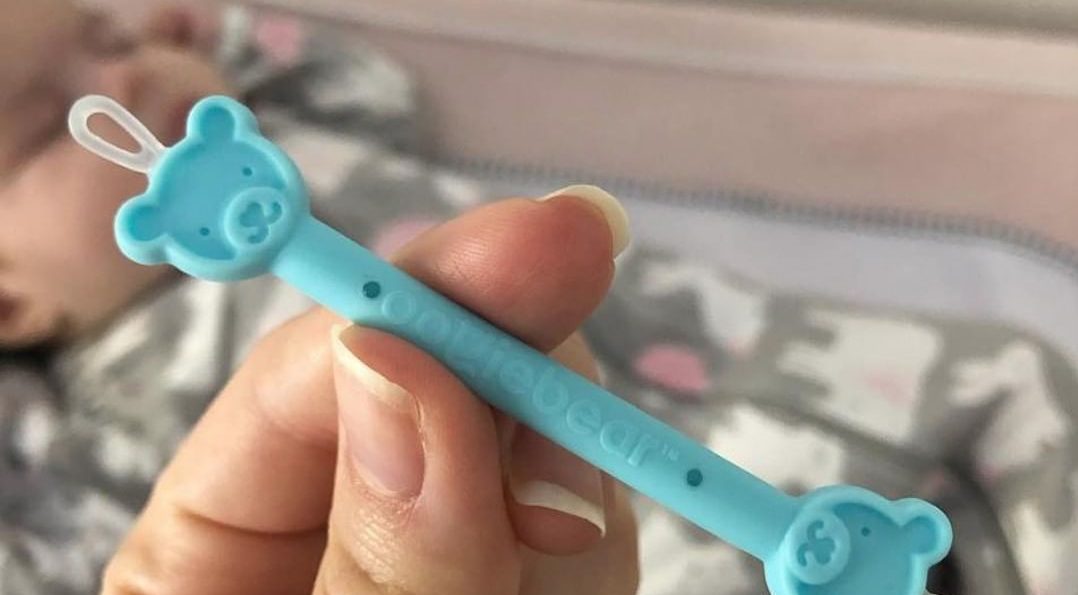 Though the Farzins never thought they would enter the business market, their needs and desire to help others led to the creation of Oogiebear. Combining their minds and skills, the Maryland couple developed an original booger removal tool. Their patented design helps keep the nostrils clean and safely removes all kinds of boogers from the nasal cavities. The double-ended tool aims to completely clean children’s noses and ease any issues that may arise from blocked airways.

Interestingly, the removal tool is as visually appealing as it is efficient, and its bright color helps it stand out. The company’s trademark bear head at the end of every Oogiebear tool increases the cuteness factor and ensures that it does not go too far into a baby’s nose. The idea germinated with the Farzins’ three children’s discomfort and now aims to help other kids breathe better.

Oogiebear: Where Are They Now?

Currently, Oogiebear has diversified and aims to put more baby care products on the market. The company has already started selling teething toothbrushes, ear cleaners, aspirators, nose balms, chest rubs, and more. They have even incorporated LED lights in some tools to allow parents to see better. According to Sina and Nina, Oogiebear has made over $15 million since 2015. On the show, the duo claimed that since the start of 2022, they had made $5.4 million in sales, with $1 million in profit.

As one can imagine, such high numbers helped the company garner the attention of the Sharks. Oogiebear products are available on their official website and at Target, Buy Buy Baby, Nordstrom, Walmart, and Amazon. While a basic Oogiebear booger picker will set you back by $12.99, the rest of the products range from $9.99 to $19.99. Moreover, you can also find different bundles, kits, and gift boxes for up to $55.

Given their recent appearance on Shark Tank, the company’s product sales will likely increase. Add in their recent partnership with Barbara Corcoran and Robert Herjavec, and the company may see rapid growth in the upcoming time. We wish the Oogiebear team the best and hope they find immense success in their future ventures.