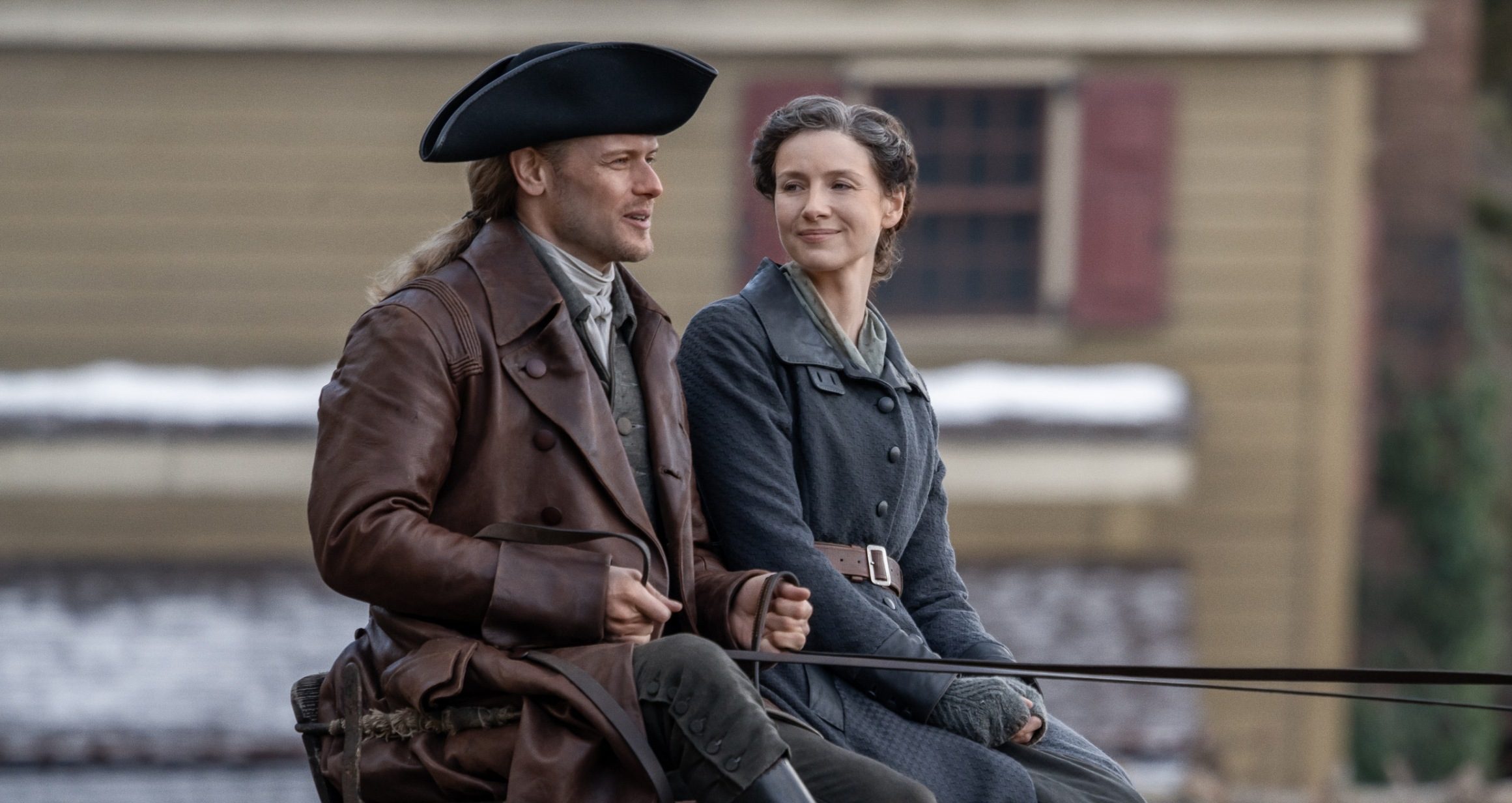 Lord John shares his concerns with Jamie. Back in Fraser’s Ridge, Roger and Brianna’s marriage gets tested. Jamie talks to Aunt Jocasta about Fergus’ decision to stay at New Bern. Since the episode ends with significant developments concerning Jamie’s fate, we have decoded the same. Here are our thoughts! SPOILERS AHEAD.

The fifth episode of season 6, titled ‘Give Me Liberty,’ begins with a flashback that depicts Flora MacDonald helping Charles Stuart to escape from British soldiers after the Battle of Culloden in June 1746. Governor Martin reads Jamie’s resignation letter and ponders over whether he will join the Rebels to fight against the British Crown. Jamie meets the leader of the Sons of Liberty and expresses his interest to join the cause. He attends Flora MacDonald’s gathering and listens to Flora talk about strengthening the Loyalists’ unity and loyalty toward the British Crown. Aunt Jocasta lets Jamie know that Fergus is happy to stay in New Bern to run a printing shop.

In Fraser’s Ridge, Roger spends most of his time with Amy McCallum as he repairs her cabin. Roger’s action stirs rumors in the settlement that Amy is trying to steal Brianna’s husband. Brianna confronts Roger about the same and the latter realizes that he should put an end to his time with Amy. When Roger does, Brianna reveals to him that she is pregnant. Meanwhile, Lizzie suffers from malaria. The Beardsley twins take care of her. Malva cuts the fingers of a dead body to perform a love charm. Marsali prepares to leave for New Bern to join her husband Fergus with their children.

After the meeting with Governor Martin, Lord John talks to Jamie about the latter’s loyalty toward the Crown. Even though he initially lies to John, Jamie later reveals to his friend that he is going to join the Rebels and attend the meeting of the Sons of Liberty. Conflicted between Jamie’s friendship and his loyalty to the British King, John tells his friend that he cannot avoid a raid but can try to stall the soldiers for him to avoid the arrests. Jamie rushes to the meeting and warns the other members of the organization about the impending raid. The Sons of Liberty members avoid the arrest with the help of Jamie.

Even though Jamie is a valuable asset to the organization, the leader of the organization, Cornelius Harnett, expresses his doubts concerning Jamie upon learning about his attempts to save a Loyalist printer from the Rebels. Harnett’s doubts leave Jamie dispirited. He explains that he was merely protecting the liberty of the printer to publish whatever he feels suitable. When the organization fails to realize Jamie’s notion of liberty to live unharmed, irrespective of one’s political position, he thinks about discontinuing his association with the organization.

However, Jamie may not walk away from Harnett and his organization yet. Jamie is aware that the organization can understand his notion of liberty and he may give them another chance to listen to him. Since Jamie rescues them from a mass arrest, Harnett and the other members may not be in a hurry to reject Jamie as well. As the Crown and the governors try their best to not let the opposition sustain, Harnett may consider Jamie as a strong ally rather than mistaking him for a Loyalist sympathizer.

Who is the Prisoner with an Emerald Stone?

After rescuing the Sons of Liberty members, Jamie gets ready to leave Wilmington for Fraser’s Ridge with Claire. Right before he starts his journey, Claire listens to someone whistling a tune. In the closing scene of the episode, it is revealed that the individual behind the tune is a prisoner of the British army, who also possess a single emerald stone. The person can be the thief who stole Flora MacDonald’s emerald necklace. If not the thief, he must be somehow connected to the robbery since he has the missing emerald stone.

The person is most likely a time traveler like Claire and Brianna. The tune he whistles is a British march named “Colonel Bogey March,” composed in 1914. Since he whistles the same in 1773, the individual should be a time traveler. He can be Wendigo Donner, a Native American activist, who travels through time to prevent the genocide of the Native Americans. Since the Revolutionary War is about to start, Wendigo must be in a hurry to guide the Native American communities to security. If not Wendigo, the person must be a new time traveler arriving at the New World, whose intentions aren’t yet known.