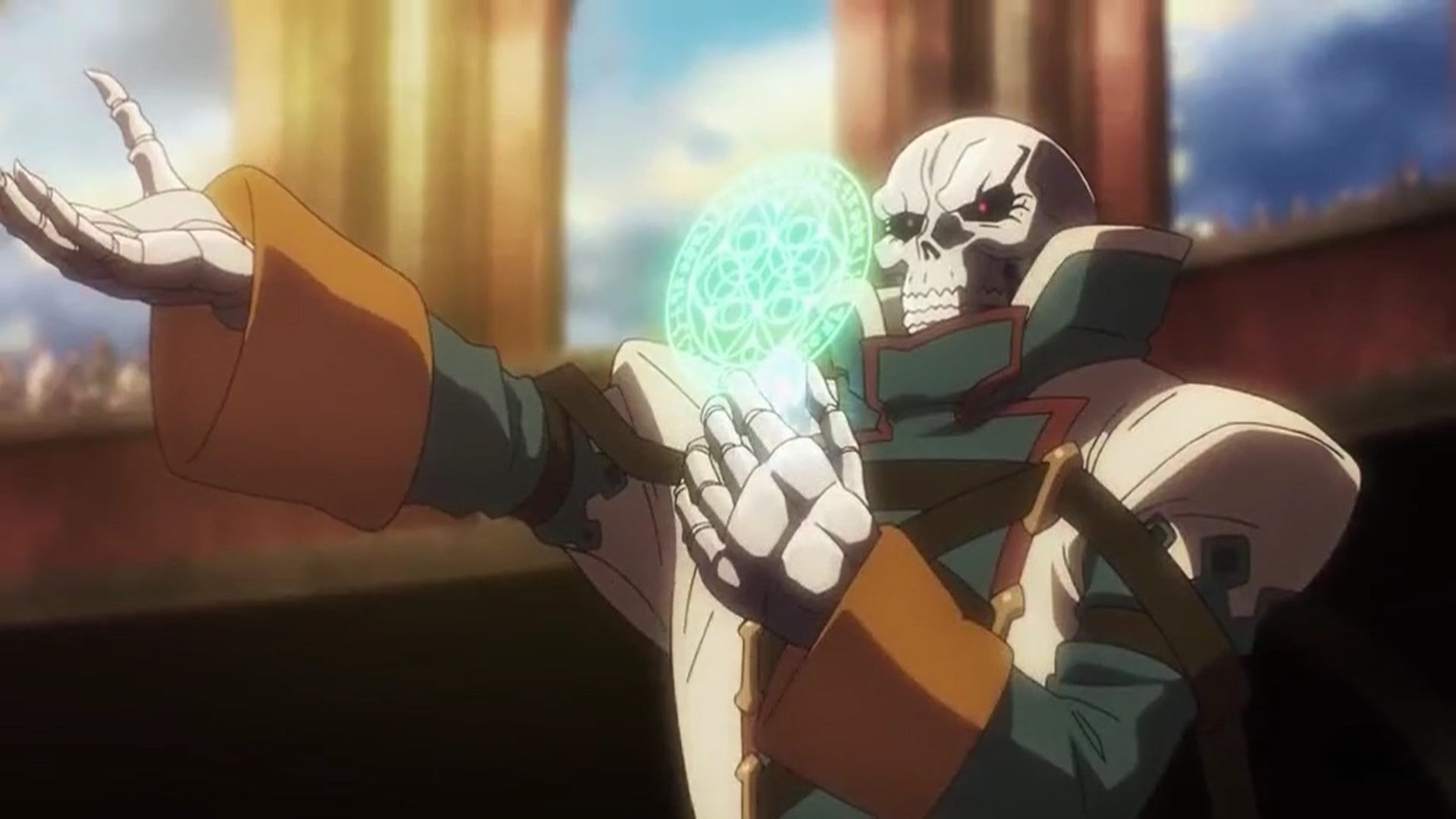 In the fourth episode of ‘Overlord’ season 4 titled ‘The Ruler of Conspiracy’ Momonga does everything in his power to fix a meeting with a promoter who can help him get a fight with the Warrior King at the Colosseum. Meanwhile, he also opens up about his plans to recruit adventurers from the Baharuth Kingdom who will explore the world for him. Here’s everything you need to know about the ending of ‘Overlord’ season 4 episode 4. SPOILERS AHEAD!!!

Before leaving for the Baharuth Kingdom, Momonga openly talks about rejecting the plans of world domination with his close allies. He opens up about his plans to work for the people and to create a utopia where everyone can lead a happy life. In the present time, he along with the adventurer guild‘s head reaches the Imperial Capital Arwinter without formal permission. Although he is warned that there may be consequences for his recklessness, Momonga argues that he knows the emperor Jircniv Rune Farlord El-Nix so he will probably be forgiven. 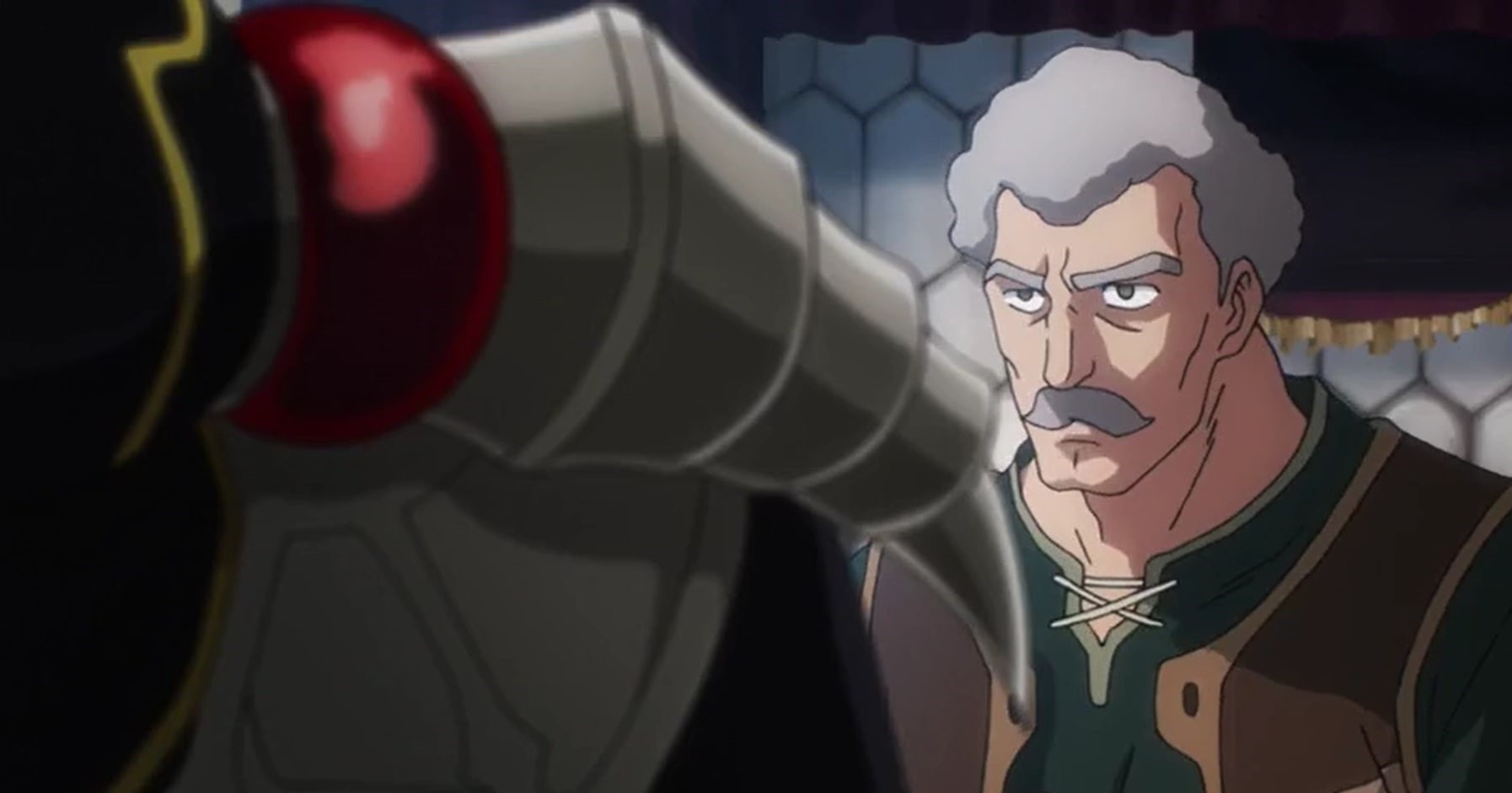 Momonga shares his plans to make an institution where the talent of adventurers can be nurtured properly. In order to fulfill this desire, he hopes to use his fight with the Warrior King as means to draw the attention of the people of Baharuth Kingdom. Therefore, he consults Ainzach the biggest promoter in the kingdom who can make the battle possible. However, instead of talking directly to him, he first sends the adventurer guild’s head to fix a meeting. Meanwhile, he discusses a few important things with Fluder.

When Fluder provides critical intel that he has managed to gather, Momonga gifts him the Book of the Dead. Although Fluder is thrilled, he can only manage to read the book with Momonga’s glasses. The following day, Momonga finally meets the promoter. Before they discuss the fight, the promoter shows the ruler of the Sorcerer Kingdom his collection of weapons unbeknownst to his identity. As they sit down to talk, Momonga finally drops his mask and introduces himself to the promoter. 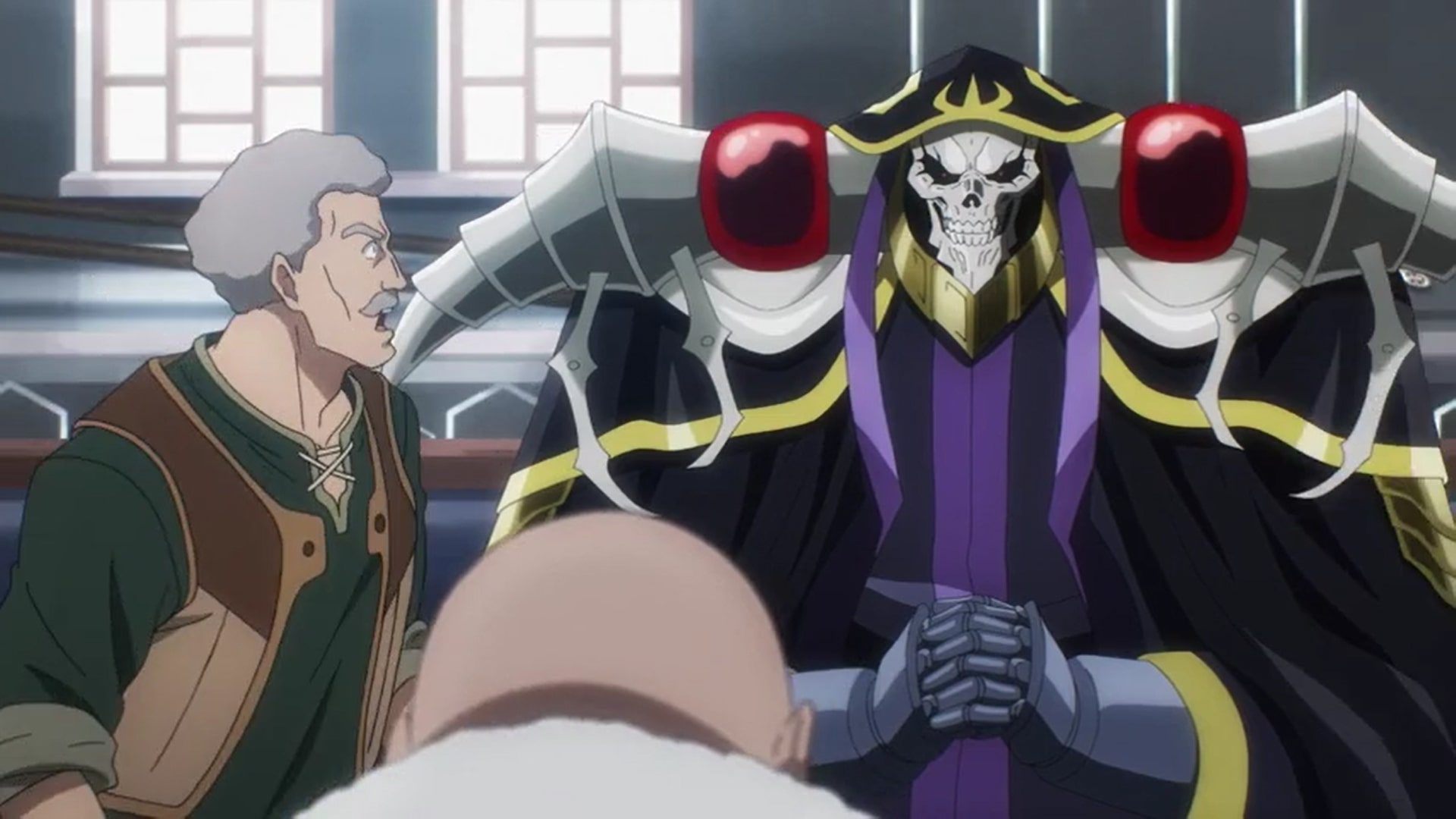 Momonga does not hide his desires and gets straight to the point. Although the promoter is not unhappy with the fight, it appears that Momonga’s powers concern him. Therefore, he asks him about the spell that killed hundreds of thousands of people. It turns out that Momonga can use it only once in a decade. Once he has answered all the questions, the promoter finally appears a bit satisfied and agrees to set up the fight in the Colosseum.

Overlord Season 4 Episode 4 Ending: Does Momonga Defeat the Warrior King in the Colosseum?

After a lot of strategizing and preparation, the day of the battle between the Warrior King and Momonga finally arrives. The Colosseum is filled with the loud cheering of the crowd when the Warrior King finally makes his entrance. Unfortunately, Momonga does not get a similar reception. The Warrior King is wearing a shield that covers all of his body and without much ado, the two begin to fight against each other. 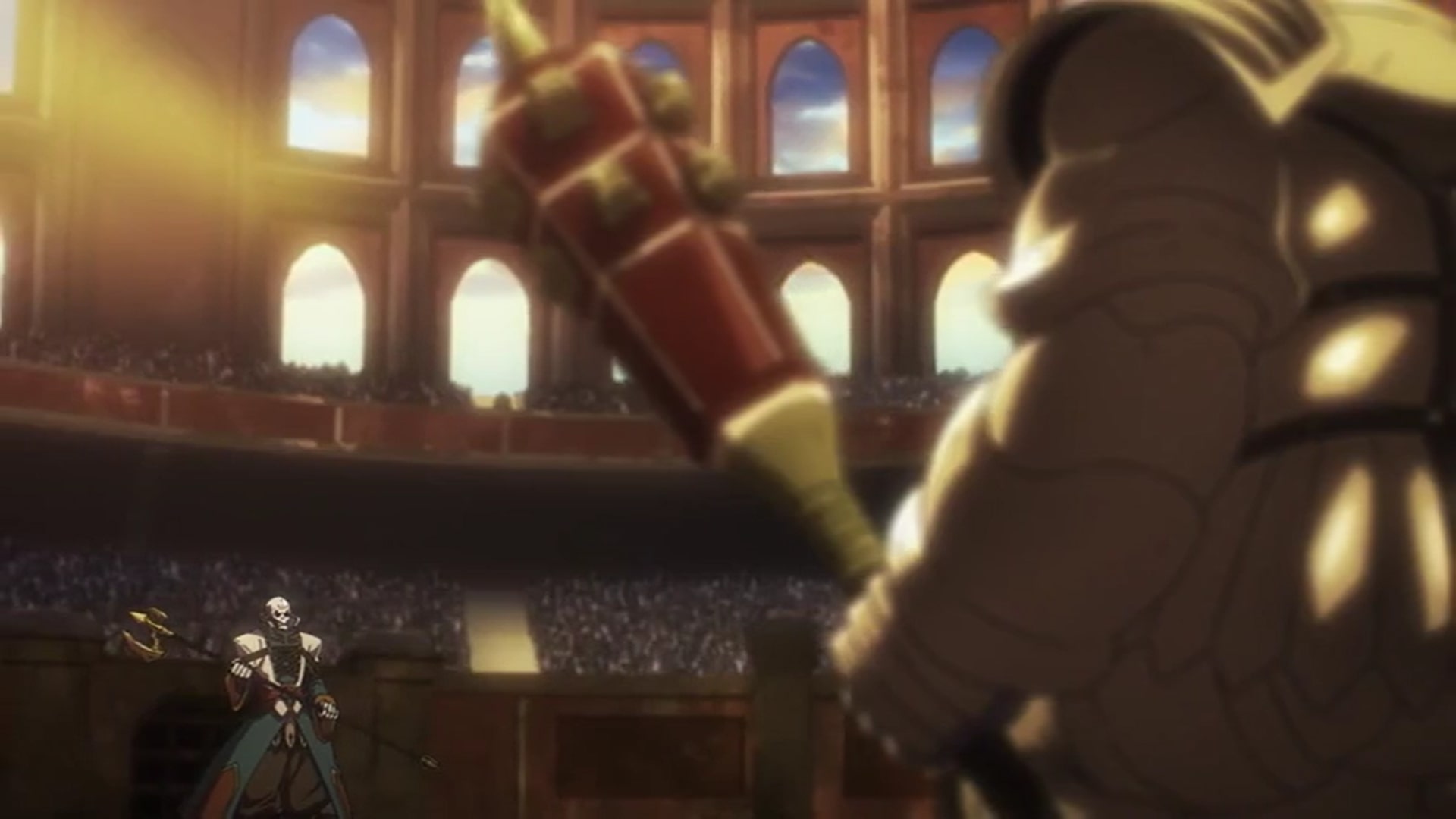 Momonga easily dodges all the attacks of his adversary and manages to strike some powerful blows in the meantime. As the intensity of the attacks increases, it becomes increasingly clear that Momonga is far more powerful.The Warrior King also realizes the same thing and is quite respectful towards his enemy despite having a few injuries.

As the fight unfolds, he starts using all his strength but could not even scratch Momonga. Accepting his defeat, the Warrior King asks Momonga to show his true powers before he kills him. The two fighters pay each other respect and Momonga fulfills his enemy’s enemies as he strikes his last blow that kills the Warrior King.

Why Does Jireniv El-Nix Want to Make Baharuth a Vassal State of the Sorcerer Kingdom?

After Momonga defeats the Warrior King without much effort and manages to stamp his authority in the minds of people, he has a few words to share with them. He invites the adventurers who wish to explore the world to come to the Sorcerer Kingdom as he will help them nurture their talent.

Momonga also argues that he does not intend to use them as mere of war like other kingdoms in the world. Following his speech, Nix begins to feel insecure about his own kingdom and people. So, when Momonga comes near him, he asks him directly to turn Baharuth into a vassal kingdom. Although Momonga asks him to discuss the matter later, Nix tells his guards that he intends to join the Sorcerer Kingdom because his political maneuvers have failed miserably.

In fact, Momonga has managed to see right through them and act accordingly. With his impressive show of strength in the Colosseum, now Nix is not left with many options. Therefore, realizing that he may fall eventually, Nix decides to secure some autonomy of his kingdom by making it a vassal state of the Sorcerer Kingdom.