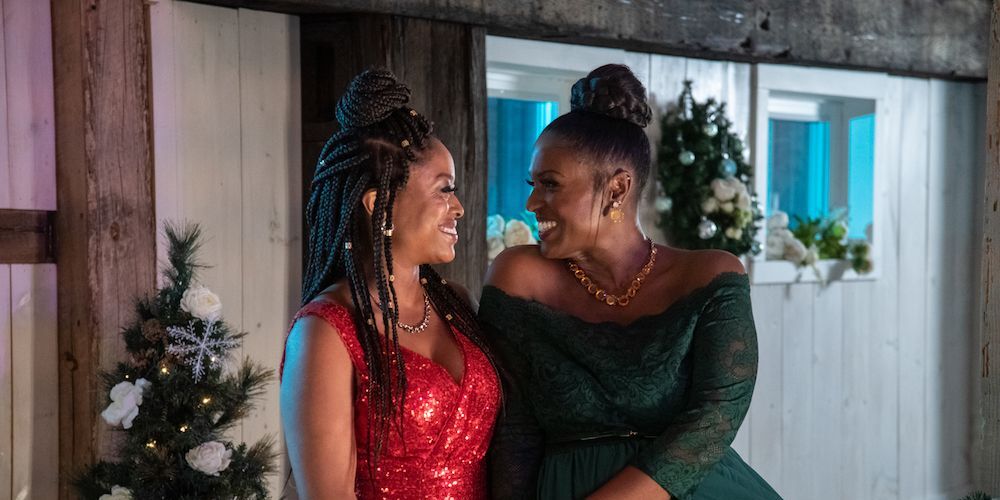 Directed by Jerry LaMothe, ‘A Sisterly Christmas’ is a warm and fuzzy Christmas-themed comedy movie. The fun Oprah Winfrey Network original drama revolves around two sisters who have been at odds since the death of their mother. They are polar opposites – while one loves everything about Christmas, the other is a bit of a Scrooge. On the eve of Christmas, they come closer upon the surfacing of a shared childhood enemy, who is now a famed Broadway singer.

Families come first in this festive-themed drama, and the decorated ambiance is a treat for the eyes. Most of the storyline unravels in a holiday resort as the sisters hit the jackpot when their aunt sends them on vacation together. But you may want to identify the locations where the movie was filmed and learn more about the cast ensemble. Without further ado, let us get to the specifics.

‘A Sisterly Christmas’ was filmed in its entirety in Canada, especially in and around the province of Ontario. Principal photography took place in the first half of 2021. Nicknamed “the Great White North,” the snowy, bright, and mountainous country has become a hotspot for film and television production over the decades.

State-of-the-art production facilities and skilled technicians ease the process of production to a great length. Moreover, the provincial government offers tax credits to lure producers and filmmakers to the region. Let us now take you through the locations where the movie was shot!

The film was primarily filmed in Ottawa, Ontario, the capital city of the country. The production crew filmed extensively in and around the city, capturing a few iconic locations and some unusual ones. The cast members also kept fans on the hook by sharing posts on social media.

Situated near the south bank of the Ottawa River, the city is characterized by great Victorian architecture and historically significant museums. The crew presumably filmed some scenes in Toronto as well. However, the cast and crew members have been careful not to divulge details regarding the production.

Among the core cast members are Deborah Joy Winans and Lisa Michelle Cornelius, who essay the roles of sisters Kristina Marshall and Vicky Marshall. Winans’ notable works include the family drama ‘Greenleaf,’ while Cornelius appears in the acclaimed comedy-drama ‘Band Ladies.’ On the other hand, Neil Whitely of ‘Nightmare Alley’ fame plays the role of Colton Fisher.