Party Down South: Where Are They Now? 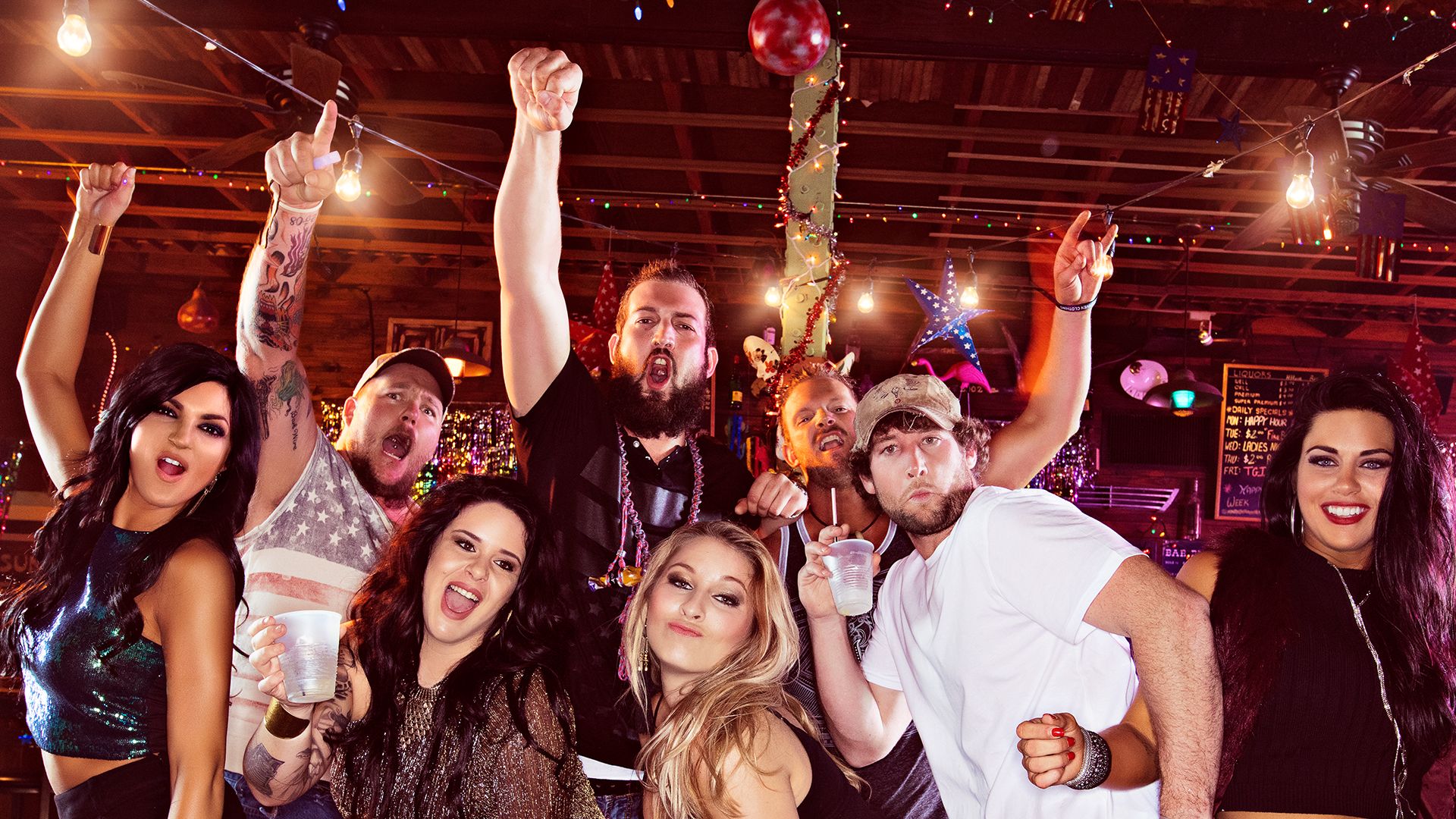 Created by SallyAnn Salsano (the executive producer for ‘Jersey Shore‘ as well as ‘The Real’), ‘Party Down South’ is a reality series that is as wild as it is dramatic in every sense of the word. The fact it is also often referred to as ‘The Dirty South’ or just ‘Dirty South’ is further proof of its boldness, especially considering it follows a bunch of adults as they live together in a house for the summer. So now that it’s been a while since this CMT production came to a close following five seasons around early 2016, let’s find out precisely what its original cast is up to these days, shall we?

Where is Lyle Boudreaux Now?

From what we can tell, Lyle Boudreaux seems to be leading a comfortable life alongside his long-term girlfriend and business partner Shelby Scarce in Lafayette, Louisiana, at the moment. The couple actually co-own Mops To Wrenches LLC, a cutting-edge handyman/cleaning service that prides itself on completing every single one of its clients’ home projects to near perfection. As if that’s not enough, the self-proclaimed jack of all trades dabbles in electrical contracting and making music as well, while also maintaining his online presence and devoting himself to his daughter.

Where is Mattie Breaux Now?

If we’re being honest, it appears as if Mattie Lynn Breaux is trying her best to turn over a new leaf following her 7-day stint in county jail back in 2020 upon pleading guilty to misdemeanor DUI. She has reportedly had her fair share of issues with alcohol in the past, but as of writing, the Louisiana native is a public figure, an influencer, as well as an entrepreneur through and through. From establishing a personal fitness routine to dedicating herself to her newfound vocation to launching a brand aptly called Unbothered, she has done everything in the past few years to maintain a good, healthy lifestyle.

Where is Tiffany Heinen Now?

Even Tiffany Heinen is a Louisiana resident and a reality star turned social media personality, yet her focus has almost always been more on style as well as overall health rather than anything else. The fact that she’s a mother of two adorable young daughters — Ember Jaymes and Evanlee Aline — also undeniably plays a role in every aspect of her experiences. That’s essentially why her Instagram bio reads, “Managing mom life with style 💅🏼… #mommydownsouth.” She actually ensures to incorporate this hashtag in all her posts to shine a light upon her community.

Where is Josh Murray Now?

Back in his hometown of Louise, Mississippi, Josh Murray is “just livin” as he was before he joined the cast of ‘Party Down South,’ according to the last reports. This means he has probably returned to farming or working at a farm equipment repair company as a mechanic, driver, salesperson, and public relations official because he was not just good at it but also enjoyed it. More importantly, though, it looks like he’s actively taking out time to be with his loved ones, especially his teenage son, whom he mainly refers to as “mini Murray.”

Where is Ryan “Daddy” Richards Now?

As a trained pilot turned diver turned reality star turned public figure, Ryan “Daddy” Richards seems to be doing quite well for himself back in Orange Beach, Alabama, at the moment. That’s because he has his own line of merchandise, has a relatively popular OnlyFans, and even looks to be in a happy, healthy relationship with a woman named Ginger. From a pocket knife to shot roulette, from masks to autographed drinking funnels, and from booty shorts to shotgun huggers, he sells them all on his official website.

Where is Lauren White Now?

Not to be confused with the writer, producer, and actress of the same name, Lauren White is someone who has gone in a completely different direction in terms of her profession. Unlike most of her cast mates, she has chosen to keep her distance from the direct limelight by focusing on working as a qualified hairstylist at Magnolia Grace Salon in Pineville, Louisiana. The former television personality is incredibly proud of her current career, as evidenced by her online platforms, but the best part is that she even appears to have a sound support system to share it with.

Where is Walt Windham Now?

There was a point in time when Mississippi native Walt Windham used to be quite active on his socials to keep fans updated about what’s been going on in his life, yet that has drastically changed. He hasn’t shared a single significant update since about 2019, so we can only assume he still resides in the southern state and continues to work in the pipe fitting/industrial construction industry.

Although a South Carolina girl at heart, Taylor “Lil’ Bit” Wright presently resides in northern Tennessee, where she’s proudly co-parenting her 7-year-old son Nash with songwriter Dalton Elliott. She’s single at the moment but doesn’t seem to mind it one bit because she’s perfectly content to just devote herself to her existing loving family, her religion, as well as her work as an influencer.

From what we can tell, Hannah “Hott Dogg” Guidry has returned to the career path she was following before her stint on reality television, which means she’s a professional hairstylist (like Lauren White). She’s based in New Orleans, Louisiana, right now, where she serves at FX Hair Studio and WigsByTiffani, specializing in both weddings as well as Cinderella classic hair extensions. We should mention she’s also a single mother to a boy named Lincoln James, whom she shares with Cody Blake Stricklin.

Read More: First Class: Where Are They Now?