The Real Inspiration Behind Patriot’s Day 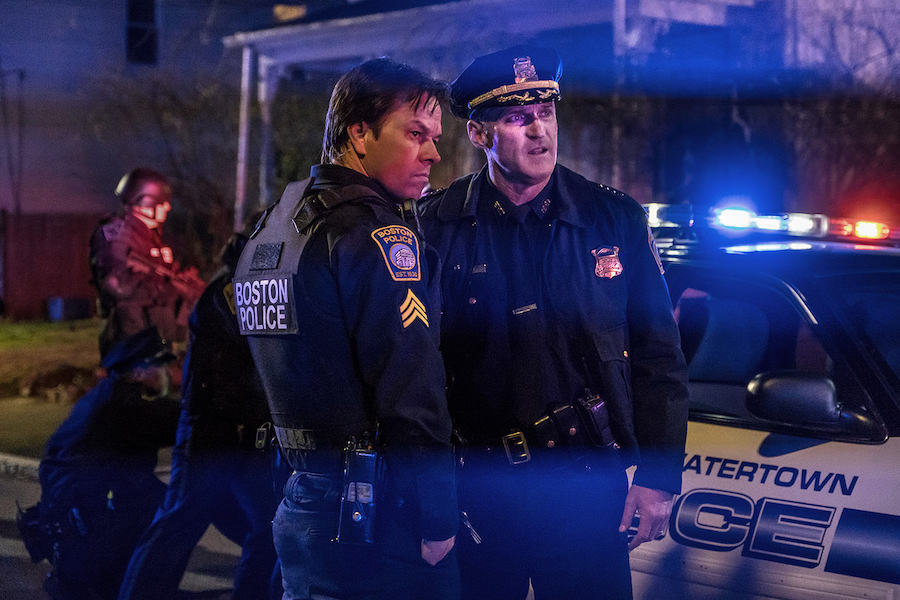 Starring Mark Wahlberg in the lead role, ‘Patriot’s Day’ follows the events surrounding a bombing that takes place during the annual Boston Marathon. The explosion of two bombs leads to the loss of life and property, forever changing the lives of the people who are caught in its blast radius. But the trauma and casualties don’t stop there. As soon as the tragedy strikes, law enforcement has to embark on a race against time to find out the bombers and prevent them from committing any further acts of terrorism.

The film presents an emotional story of the people affected by this tragedy, while also infusing thrill in the story to keep the audience on their toes. If you are wondering how many facts the movie had to compromise with in order to keep the drama going, here’s the answer.

Is Patriot’s Day Based on a true story?

Yes, ‘Patriot’s Day’ is based on the true story of the Boston Marathon bombing of April 15, 2013, which killed 3 people and injured several hundred more. The film derives its source material from two separate scripts. One comes from a non-fiction book by Casey Sherman and Dave Wedge, named ‘Boston Strong’, and the other was called ‘Patriot’s Day’. For making the movie, the scripts were merged into one, striking a balance between the facts and action-thriller tone of the story.

The filmmakers reached out to the officers who were a part of the manhunt that took place in the immediate aftermath. They also contacted the families of the victims and the survivors to get more insights into the story. As a result, the film succeeded in staying very close to reality, though the dramatization of some events did take place.

Most of the characters in the film are based on real people. However, the lead role of Sgt Tommy Saunders, played by Mark Wahlberg, is a composite of many Boston police officers. Jeffery Pugliese, played by J.K Simmons, is a real Watertown cop who tackled one of the bombers, saving many lives in the process. Similarly, the characters of Ed Davis (John Goodman) and FBI agent Richard DesLauriers (Kevin Bacon) are also real people. The character of MIT patrol officer Sean Collier (Jack Picking), who was killed in a shootout on MIT’s campus, is also real. And so is Officer Dic Donohue (Kelby Turner Akin) who was shot fatally while pursuing the bombers.

The characters of Dzhokhar Tsarnaev and his brother, Tamerlan, are the real people responsible for the bombings. Staying true to their itinerary, the film showed them just as their actions were recorded during and after the bombing. Buying milk, chatting with roommates, and kidnapping an entrepreneur for his vehicle- all of these are real. The death scene of Tamerlan, where his brother runs over him with the car, is also pretty accurate. The scene where Billy Evans (James Colby) arrives on the scene to find Tsarnaev hiding under a boat is also picked from real accounts.

The film also includes the story of Danny Meng, who was carjacked by the bombers and escaped after being held at gunpoint for 90 minutes. Apart from following the investigation, the film also focuses on the stories of the victims and survivors of the bombing. Christopher O’Shea and Rachel Brosnahan portray the real-life couple, Patrick Downes and Jessica Kensky. Initially, when they were approached to tell their story through the film, they were not so enthusiastic about revisiting the traumatic events. However, they knew that the film was going to be made either way and because their stories and that of the others was going to be a part of the story, they found it best to tell it themselves rather than leaving it up to the imagination of the writers, who might get it wrong.

The only place, perhaps, where the validity of the film is questioned by some is the arc of Katherine Russell, Tamerlan’s wife. While in reality, no charges have been filed against her, the film doesn’t present her in a clear light about the events of the bombing. Russell and her lawyer have detested the portrayal, which leaves some questions about her involvement in the bombing.