Where Was Pearl in Paradise Filmed? Who is in it? 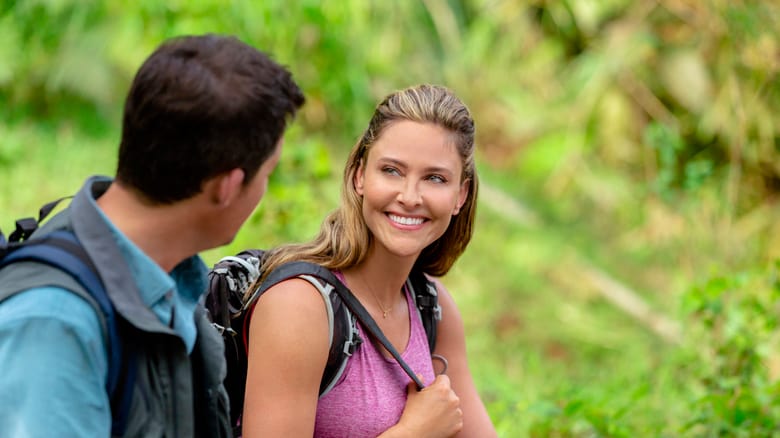 Sometimes, people tend to get stuck in the search of material objects. However, one way or another, almost everyone realizes that material pleasures are exactly what they are…material. They come and go but nothing can be as fulfilling as more wholesome and genuine pleasures like human connections. This is something that Hallmark’s ‘Pearl in Paradise’ tackles.

Hallmark is the ideal network to be bringing such a story due to its reputation of being the king of romance on television. The channel constantly produces some warm, candy-coated flicks that make even the dullest soul’s day.

‘Pearl in Paradise’ revolves around Alex, a travel magazine photographer. She visits Fiji in order to look for a famous pearl that is worth a lot of money. However, only one person in the world knows where the pearl is. That person is Colin, a best selling author. So, the two team up in order to find the pearl. However, their adventure makes them realize that there is more to life than a search for riches. They realize that love can be a bigger treasure than any pearl.

‘Pearl in Paradise’ is set in paradisial Fiji. Fiji is extremely important to the television movie. After all, this is where the central characters fall in love while searching for a pearl. The Fijian setting almost functions as if it were another character in the movie. Hence, it is natural for viewers to wonder whether ‘Pearl in Paradise’ was actually shot in Fiji or not.

Filming for ‘Pearl in Paradise’ was actually carried ou in Fiji. That is how the movie manages to capture its setting authentically. According to local sources, as much as $2.5 million were allocated to the budget! To be more specific, filming was carried out in the largest island in the Republic of Fiji, Viti Levu. Fiji’s capital, Suva is also located on Viti Levu. Have a look at the following behind-the-scenes video shared by Hallmark:

If you stop at 0:15 in the video, you will notice one more filming location of the movie: Wicked Walu. The seafood restaurant is located on Queens Rd in Warwick, Fiji. Next, have a look at some photos shared by one of the actors of the film:

Apparently, the actor’s family also traveled with him to Fiji during the movie’s filming:

Here’s an interview with the film’s actress where she shares how lucky she felt to be paid to go to Fiji:

Pearl in Paradise Cast: Who is in it?

So, who are the actor and the actress who play the leading roles in ‘Pearl in Paradise?’ Well, the character of Alex is played by Jill Wagner. Some of the other productions that she has been a part of include ‘Splinter,’ ‘Braven,’ and ‘Teen Wolf.’ Next, the character of Colin is essayed by Kristoffer Polaha. He is a cast member of ‘Wonder Woman 1984,’ ‘Devil’s Knot,’ ‘Frontman,’ and several other projects. Other cast members of the film include Rob Kipa-Williams, Naomi Sequeira, Dina Gillespie, Wame Valentine, and Jarred Blakiston.