Where Was The Phantom of the Open Filmed? Is it Based on a True Story? 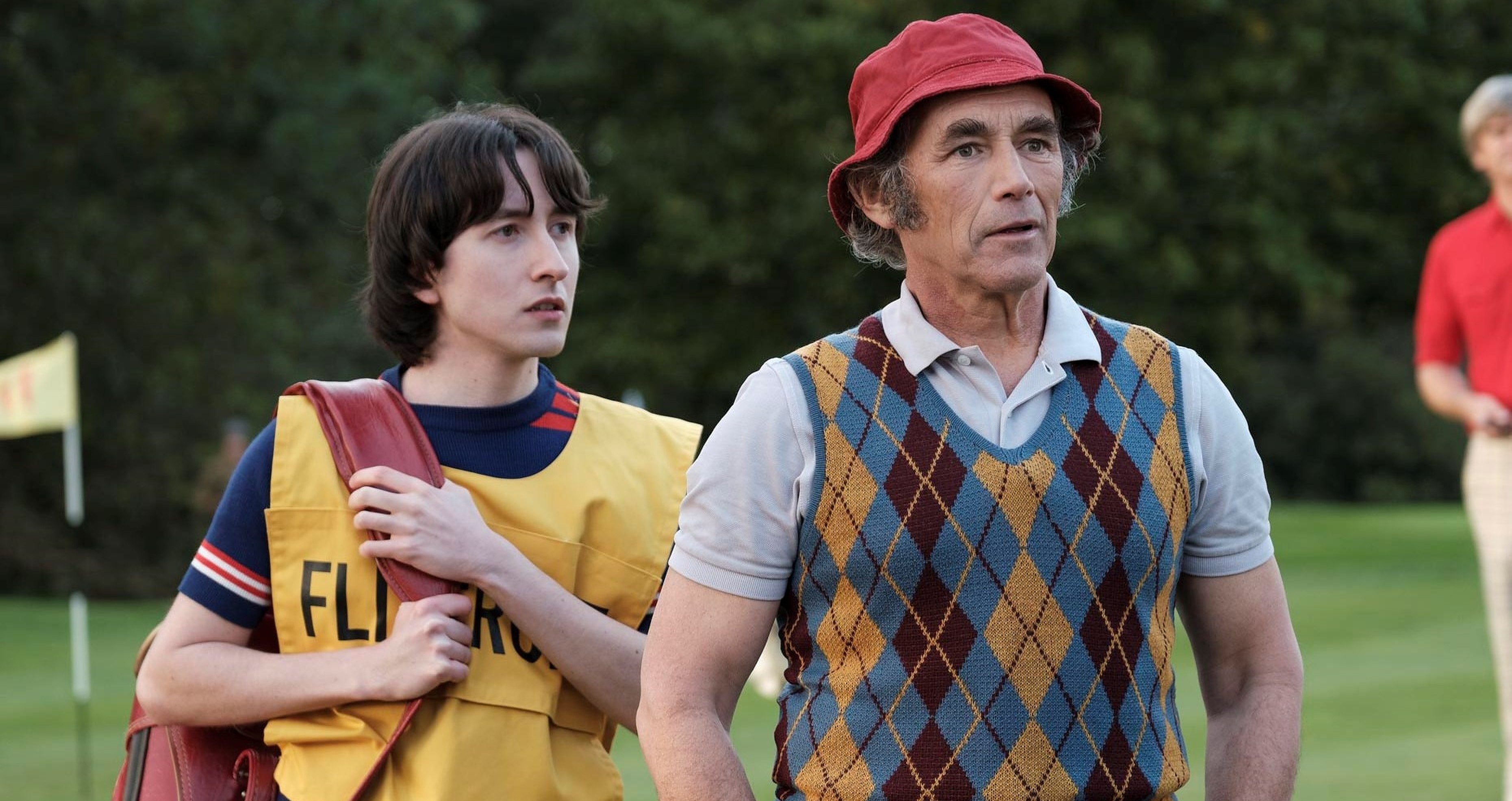 Actor Craig Roberts, who made his directorial debut with ‘Just Jim (2015),’ lends a closer retrospect to the life of a folk hero in the sports drama biopic movie ‘The Phantom of the Open.’ With a cast ensemble featuring Mark Rylance and Ian Porter in central roles, the film emits glistening optimism while keeping its quirky brand of humor. It follows Maurice Flitcroft, an unceasing optimist who dreams of being the greatest golfer on the planet.

Against all odds, Maurice gets a shot at The British Open Golf Qualifying Championship in 1976. However, he ends up ruining the chance miserably, becoming a legend in the process. Thanks to the heartfelt narrative and refreshing comic elements, the life-affirming tale was praised in the media. Though, you must wonder whether the character of Maurice Flitcroft is based on a real folk golfer. While most of ‘The Phantom of the Open’ unfolds in Britain, you may also be eager to hunt down the locations where it was filmed. If these lingering thoughts are ruining your night’s sleep, let us get further down into the rabbit hole.

The Phantom of the Open Filming Locations

‘The Phantom of the Open’ was entirely filmed in England, especially in Kent County. Principal photography commenced in October 2020, seemingly concluding in six weeks. Kit Fraser, the acclaimed cinematographer of ‘Under The Shadow’ and ‘Eternal Beauty,’ joined the team as the director of photography. At the same time, Sarah Finlay, who has been in the art department of ‘Anna Karenina’ and ‘Beauty and the Beast,’ handled the production design.

Britain and the UK offer timeless countryside and historical movie production facilities to take care of any degree of production. Moreover, the government provides a 25 percent tax return to the filmmakers, making the productions cost-efficient. Now, let us take you to the specific locations where the movie was shot.

Most of the sequences were captured in Kent County, a major shire county in southeastern England. While in the county, the crew lensed segments in some landmark locations. One of their hiding spots was Bedgebury Manor, an archaic manor house surrounded by 200 acres of gardens in the Goudhurst area of Kent. The estate was the seat of a boarding school but has since been turned into a filming and production hub. There is a theater and a gymnasium ideal for set building. Furthermore, the venue features a swimming pool, tennis courts, and playgrounds, which are ideal shooting spots. The third season of the sketch comedy TV series ‘Tittybangbang’ was lensed in this location.

Scenes for the second golf tournament were filmed in Littlestone Golf Club, a serene golf club and court located on St Andrew’s Road on the vast Romney Marsh of South-Eastern Kent. The vast 300-acre golf course features a great view of the shores of France and was used for the CL Junior Open 2021. The production team then visited Chatham, where they taped scenes at The Historic Dockyard Chatham. Situated at Main Gate Road, the shipyard was utilized by the Royal Navy for a long time. It has since been converted into a museum, subsequently becoming a prominent filming location in the region. From ‘The Nevers’ to ‘Bridgerton,’ you can identify the historic dockyard in several cinematic productions.

A minor chunk of filming took place in other areas of England, namely London and Liverpool. The crew visited the so-called Big Smoke, filming a few sequences on locations in and around the city. While a significant global metropolis and commerce hub located by the River Thames at the heart of England, London is also a city replete with imperial history and imbued with culture. From ‘A Clockwork Orange‘ to ‘Atonement,’ London has been featured in cinema from its early heydays. Additionally, some scenes were filmed in Liverpool, the home of The Beatles and one of the most iconic soccer clubs in the history of the English Premier League.

Is The Phantom of the Open a True Story?

Yes, ‘The Phantom of the Open’ is based on a true story. However, it would not be very likely for the audience to discern the fact if not for the title card that firmly establishes the movie on truth. Craig Roberts directed the movie from a screenplay by Simon Farnaby. He, in turn, built the screenplay on the book ‘The Phantom of the Open: Maurice Flitcroft, The World’s Worst Golfer,’ which he wrote with Scott Murray.

The wordplay on ‘The Phantom of the Opera’ set aside, the book is the biography of Maurice Gerald Flitcroft- a golfer, hoaxer, and folk hero who was celebrated for his failure. The “chain-smoking shipyard crane operator from Barrow-in-Furness,” as his obituary from The Daily Telegraph reads, picked up the game from watching the 1974 Piccadilly World Match Play Championship.

Flitcroft did not know much about the game, but it did not deter his relentless optimism. His ability did not match his ambitions, although he managed to get a place in the qualifying round of The Open Championship. After obtaining a score of 121 (the worst Open Championship score in the tournament’s history), he was dubbed in the media as “the world’s worst golfer.” After the 1976 Open, the authorities changed the rules to stop Flitcroft from gaining entry. Still not dissuaded, Flitcroft took on pseudonyms such as Gene Paycheki (as in paycheque), Gerald Hoppy, and James Beau Jolley, applying in the subsequent Open Championships and other golf tournaments.

Flitcroft would also sometimes use physical disguises to thwart the tournament conductors. In 1988, the Blythefield Country Club in Grand Rapids had their “Maurice Gerald Flitcroft Member-Guest Tournament” named after the legendary con artist. He passed away in 2007, and by 2010, the Yellow Jersey Press published the biography by Murray and Farnaby.

In 2017, Farnaby announced that he was working on a film script based on the book. Flitcroft’s son, James, worked as a consultant in the movie. Gradually, as all the pieces came together, the unmistakable excitement and sweetness of the movie were created. Therefore, while it may strike you as odd, the story of the larger-than-life golfer and hoaxer that has enamored you is based on a real-life figure.