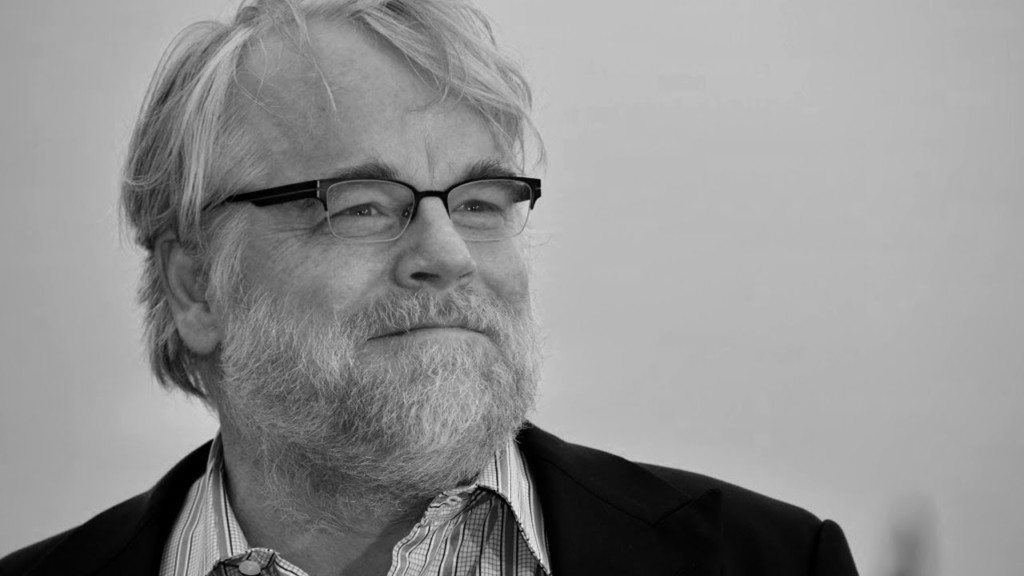 Cinema is arguably the most influential and powerful art form of our times. This is something that I have always maintained and I will say it again. It is actually a no-brainer, since there is no other artistic expression that manages to combine all other artistic mediums with such panache and finesse. Screenplay, music, acting and cinematography are just a handful of the many creative undertakings in a film. But, among all these, if there is one tenet of cinema that is always in the foreground, it is the acting. Yes, it is the actor who gives life to the filmmaker’s vision; the person who is the cynosure of all eyes in a cinema. The actor never reveals himself in front of the camera; it is always the character that we see. He has to strip off his personality and character, before taking on the role, both physically and emotionally. In fact, acting is probably the most challenging aspect in cinema, because of the emotional investment that goes with a character; the actor loses a part of himself with each role he plays.

Cinema has always been blessed with great actors. From James Stewart and Marlon Brando in the early days to Jack Nicholson and Daniel Day-Lewis in recent times, great actors have always thrived. But a distinctive trait common to almost all great actors is that they have all excelled in lead roles. We have always looked for heroes in our movies and almost all great actors have played into it. But what about the little man standing beside the hero? Nobody gives a damn about him and his story. He is the underdog; the sidekick who is always towered by the leading man. It is the story of these men; these men who always balk in the sidelines, that the late great Philip Seymour Hoffman managed to perfect.

When news came out on the 2nd of February 2014 that Philip Seymour Hoffman had died, the shock and outpouring of grief from the film world across the globe was phenomenal. It is a testament to the love and respect he commanded. In an industry where there is rarely any real human connection, the response to Hoffman’s death was an anomaly; people genuinely cared for this man, many of his co-actors wept on camera, as they came to terms with the loss. How could they not? At 46, Hoffman, was at the zenith of his career, giving out pitch perfect performances that very few of the contemporaries could match. But it is not just his talent alone that made Hoffman one of cinema’s most loved actors, it was the sensitivity with which he brought his characters to life. He was a man who fearlessly explored the misery of the hurt, the exiled and the misunderstood, with his trademark signature of honesty, humor and empathy. A voice for the millions of people who forever remained unrepresented in the movies, his death created a void; a void that might remain unfilled for ever.

A part-time theatre actor in his early years, Hoffman had a slow start in the movies. Right from his debut with ‘Triple Bogey on a Par Five Hole’ in 1992, he appeared in numerous small roles over the next couple of years. But, he largely remained invisible; until his association with the great indie filmmaker Paul Thomas Anderson. And over the next 18 years, Hoffman’s association with Anderson would give him some his finest characters. Though they worked together in Anderson’s debut ‘Hard Eight’, it was the director’s second feature that finally launched Hoffman’s career as an actor. Chronicling the golden age of pornography, ‘Boogie Nights’ had Hoffman playing Scotty J, a professional sound mixer, secretly in love with the pornstar Dirk Diggler. Though cast in a supporting role, Hoffman commands the screen with his hopelessly vulnerable portrayal of a man tormented by his love and sexuality. With his long golden hair and plump physique, Hoffman gives emotional depth to an “unabashed loser”. In a performance that is still one of his finest, he manages to generate empathy for his character, and makes us feel for his plight.

Over the next years, Hoffman slowly established his reputation as a thinking man’s actor appearing in low budget Indie films in supporting roles. The most prominent among these were ‘The Big Lebowski’, ‘Magnolia’ and ‘Almost Famous’. All of these movies had Hoffman playing quite small roles. But the earnestness and sensitivity that he brought to his characterizations were uncanny. From a sycophantic assistant in ‘The Big Lebowski’, a male nurse in ‘Magnolia’ and a rock journalist in ‘Almost Famous’, his characters are the ones that we never usually give a second glance. But he gives these characters emotional heft, making us what to know more about them, their stories, their lives. 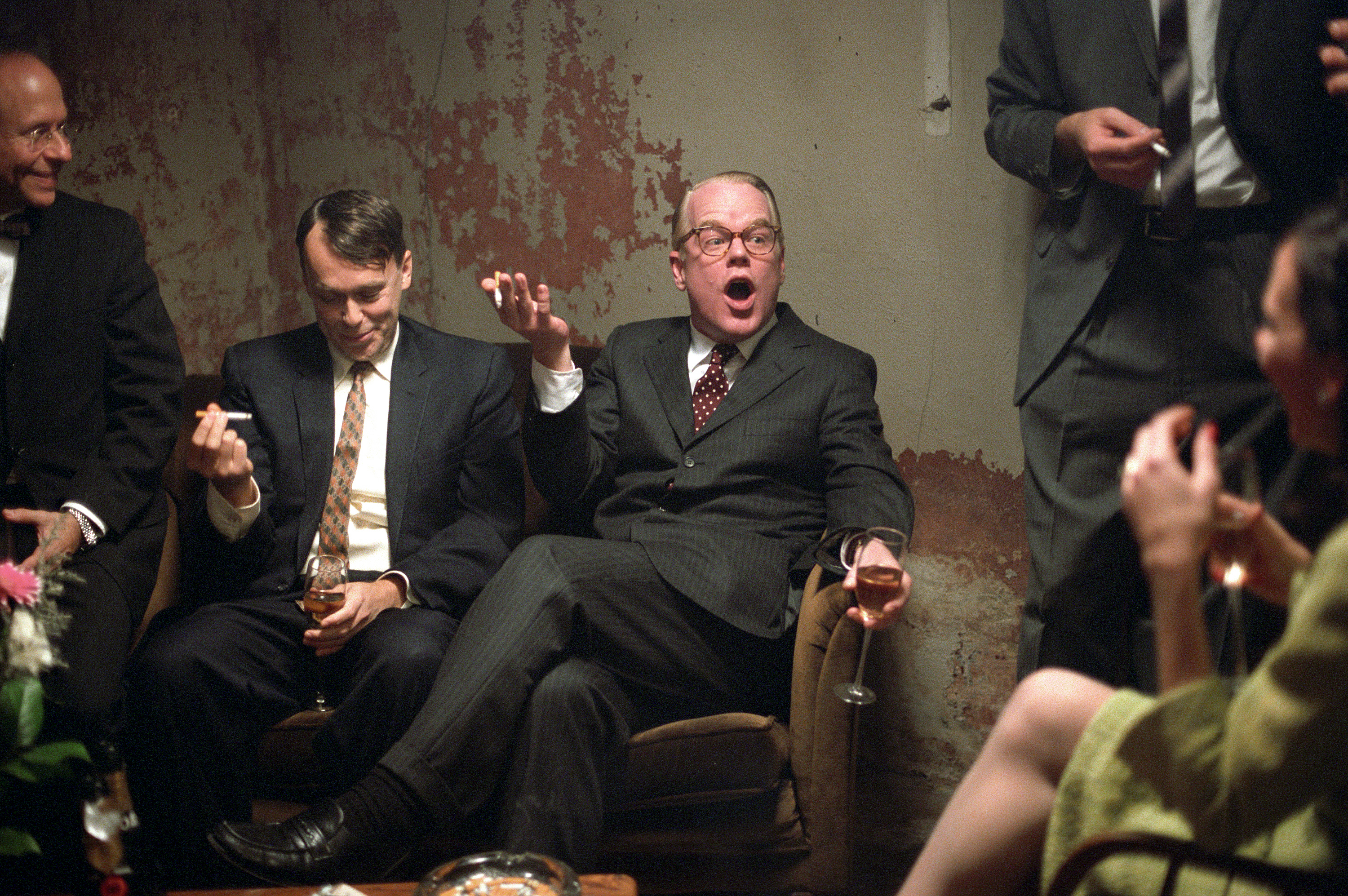 With time and experience, Hoffman’s critical acclaim grew exponentially, and with that came lead roles. But, even his lead roles were unlike Hollywood had ever seen before. He continued to play flawed characters; people who do not fit into the conventional template of what lead characters usually are. This was quite obvious in his portrayal of the great American author Truman Capote, in the 2005 biopic ‘Capote’. ‘Capote’ chronicles the writer’s experience of writing his most acclaimed work, the true crime novel In Cold Blood. In portraying an idiosyncratic writer obsessed with his work, ‘Capote’ won Hoffman global acclaim, sweeping all major awards including the Golden Globe, BAFTA, the SAG Award and the Academy Award.

There was no looking back from there for Hoffman. He became star in his own right, by portraying a wide range of characters, ranging from a charming priest accused of pedophilia in ‘Doubt’ to the charismatic leader of a Scientology-like movement in ‘The Master’. But even with growing recognition and stardom, Hoffman’s performances never waned; if anything, they became all the more complex. He also became part of various Hollywood blockbusters, including ‘Mission Impossible 3’ and ‘The Hunger Games’ franchise. He managed to bring a gripping realism to his characters even in the most uncharacteristic of situations, and shone even in the most minor of roles.

So what was it about him that made stand out among his contemporaries? Of course, we have seen great actors and great performances; what then made Hoffman so special? Honestly, I don’t think I can put the answer into words. One thing about him is undeniable – he never acts; at least he never looks like he is acting. He transforms into the character he plays, imbibing their physical and emotional nuances; internalizing it and using everything at his disposal to make them real people, with real emotions. Of course, an advantage that Hoffman always had was that he never looked like a star; with his chubby face and childlike physique. He was always perennially ordinary, one of us; telling the story of our lives and our mundane existence. I would be doing the man a great disservice if I don’t spare a few words for what I think is his finest performance till date. The directorial debut of the legendary screenwriter Charlie Kaufman, ‘Synecdoche, New York’ is a movie that comes only once in a lifetime. The story of Caden Cotard (Hoffman), a paranoid, insufferable theatre director struggling to come to terms with his own mortality, it is one of the saddest and most depressing films I ever seen; also probably the most poignant. A play on the idea of time and perceptive reality, the movie elegantly shifts from gritty realism to dreamlike surrealism as Caden struggles with his loneliness and neediness. While, the movie is perfect in its screenplay and other technicalities, it could have all gone in vain had it not been for Hoffman. In portraying the life of a middle-aged idiosyncratic man all the way to his death, Hoffman turns in a performance that one can only call “miraculous”. He brings all of Kaufman’s complex metaphysical and philosophical ideas to life, while playing a character that could well be any of us. Caden is paranoid about his death, he is lonely and he misses his family, and he loathes his existence. Hoffman manages to bring out all the emotional turmoil and horrors of his character with such sensitivity, it will blow you away. His sad eyes and melancholic face beautifully conveys not only the pain and fears deep within Caden, it is also opens a door into our own fears and insecurities as individuals, and in turn question our existence. ‘Synecdoche, New York’ is undoubtedly one of the finest cinematic works I have ever seen and Hoffman’s performance is one of the ages; something which probably would never be reprised again.

A man who made a career out of portraying the lives of the unloved and the unwanted, Hoffman’s own life was quite tragic. A drug addict in his college years, Hoffman went into rehab and remained sober for 23 years before relapsing in 2013, leading up to his tragic drug-induced death. I cannot even begin to comprehend what he could have achieved over the years had he been alive; he was only 46! But that is how life is, bad things happen; there are no explanations, no answers. So there is no point lamenting over what could’ve been, instead I want to celebrate the man, his life and his service to art and humanity. The world wept for Philip Seymour Hoffman as he departed on that fateful Sunday in 2014, and today as I type these words, I cannot help but shed a few tears for the man. I had been on a journey for the past few weeks, a journey with Hoffman as I rediscovered his magic; and today as the journey comes to an end, I feel a tinge of sadness. But I console myself, because men like Philip Seymour Hoffman don’t die; they live on through their characters.

There is not even a tinge of hesitation in me as I proclaim Philip Seymour Hoffman as one of the finest actors of his generation, possibly, one of the greatest ever. The great Marlon Brando brought a gritty realism to acting; Daniel Day Lewis embraced it; and Hoffman perfected it. As I sign off, I am reminded of this beautiful song, written by Charlie Kaufman and composed by Jon Brion, which best describes the man and the characters he portrayed on screen.

“I’m just a little person, one person in a sea;

Of many little people, who are not aware of me”