Piñata Masters: Where Are the Contestants Now? 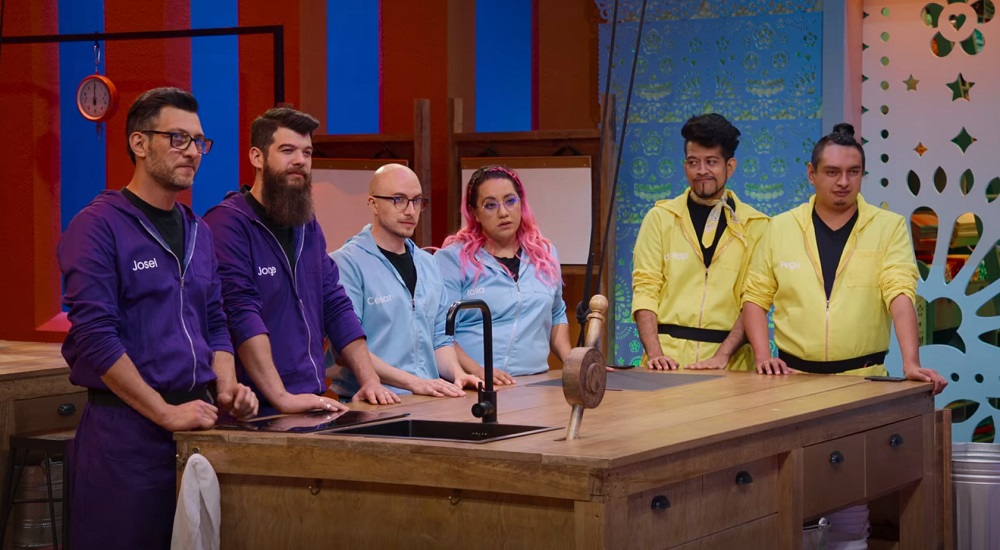 When it comes to dun party activities, there is nothing as unique and exciting as breaking a piñata. The prettier the object is, the more fun it is to break it into pieces for enjoyable treats. In the Mexican Netflix show ‘Piñata Masters!,’ AKA ‘¡Dale, Dale, Dale!,’ you can see some extremely talented artists create awe-inspiring piñatas in an exciting blend of creativity and fun. Judged by professionals and children, the creations of the participants have to stand true to the challenge laid in front of them while also holding true to the fun aspect of the activity.

The recently released season 1 of the reality series introduced viewers to some exceptional cast members, who have gained many admirers with their small screen appearance. Naturally, people are eager to know where they are today, and we are here to explore the same!

Where Are Josel Tapia Rubio and Jorge Arenas Now?

Thanks to their creativity and skills, cousins Josel Tapia Rubio and Jorge Arenas won the first season of the Netflix show and took home the grand prize of 1 million Mexican pesos. While Josel makes piñatas for a living, Jorge is actually a carpenter. The duo has a strong bond which helped them bag the winning purse. While the woodworker seems to keep the details of his life private, Josel seems happy to share the highlights of his life with the public. He and his partner, Sara Marín, celebrated 12 years of togetherness in October 2022. The happy couple adores their two dogs and cherishes the company of their significant others. In the show, the piñata maker explained that he had been asked by many people to give up the work as it might not help him financially. Hence, the victory is sure to boost his confidence and provide him immense fame. as of writing, Josel is based in Mexicali, Mexico.

Where Are Edrei Pop and Pegu Now?

As members of Team Yellow, Edrei Salazar Ramirez (better known as Edrei Pop) and Jose Ravelero (AKA Pegu) were among the top performers in the Netflix show. Since they first appeared in the trailer of ‘Piñata Masters!,’ the duo has been eagerly promoting their appearance and have gained much support from the public. They are actually professional piñata makers and take much pride in their work. Based in Guadalajara, Mexico, the pair are apparently affiliated with Piñatas Ravelero for work. Edrei and Pegu have known each other for quite some time and seem to have a brotherly relationship.

Moving on to the third finalist in this list, we have Talía and César Chagolla. While the former is a professional piñata artist, the latter actually works as a Stage designer. Their artistic skills certainly helped them make a comeback after having been eliminated from the show early on. As of writing, César works as a director for Phobos Teatro, which is located in Mexico City, Mexico. A proud graduate of Mexico’s National School of Theater Arts, he seems to be in a happy relationship with Immanuel Vieyra, a pianist. In fact, the couple recently celebrated their 7th anniversary in December 2022. Meanwhile, Talía is also thriving in her career. Her creations seem to be heavily inspired by various fictional characters like Spiderman and Joker.

Where Are Rosita and Brittani Now?

Next on the list, we have that awe-inspiring duo of Rosita Lemus and Brittani. The Team Orange members are doll makers who enjoy making traditional figurines and keeping the Mexican culture alive. Those interested can contact either of them to schedule workshops and sessions to learn more about the craft. They also partake in different events that support and encourage the arts and simultaneously help the community. Though she knows how to make a variety of dolls, Brittani seems partial to figurines made to celebrate the Day of the Dead. Rosita is also quite passionate about her work and seems to equally enjoy the company of her loved ones.

Where Are Yami-umi Rosas and Remy Rosas Now?

Yami-umi Rosas and Remy Rosas impressed the judges and the viewers with their amazing skills and creative vision. The brothers were members of the Pink team and used their skills as alebrije (Mexican folk-art sculptures) crafters to create captivating piñatas. Additionally, they also make illuminated art and puppets. This only served to take their creations on the show to the next level. Together, the duo works under the umbrella of Alebrijes Rosas, a company that seems to specialize in alebrijes, puppets, and similar products. They also provide shows using illuminated puppets that keep their audience hooked. Apart from the artistic side of life, Yami is also interested in fields like music and philosophy.

Where Are Alejandro Camacho Barrera and Emanuel Zarate Ortiz Now?

The passion for sculpting and creating within Alejandro Camacho Barrera and Emanuel Zarate Ortiz was pretty evident in their Netflix appearance. Alejandro is a skilled alebrije artisan and toy maker who is dedicated to recycling. Similarly, Emanuel is also well-versed in the art of alebrije making and is quite passionate about the field of sculpting. Like his fellow member of Team Green, the reality TV star likes to use recycled materials. In fact, he takes pride in creating different forms of sculptures using materials like plastic. These not only help reduce waste but also make the world a better and more beautiful place. Both of them also seem to be fond of traveling and taking in the beauty of nature. The work done by the pair on the show often contained messages geared toward the preservation of the world that we live in.

Where Are Vania Bachur and Bachurito Now?

Last but certainly not least, we have the members of the Red team comprising Vania Bachur and José Bachur (Bachurito). As of writing, Vania works as an independent digital illustrator who has a large number of followers on different social media platforms. Thanks to her popularity, she is often able to partner with several brands and promote their products. She is also a proud mother of José Eduardo, her adorable cat.

Meanwhile, Bachurito has apparently left the life of an influencer behind him. As it turns out, he used to make entertaining videos on platforms like Vine but seems to have given up the art. As of writing, he is a creator and businessman. Presently, he works with Vania, as well as Business, a social media agency. The latter has not started its fully-fledged journey as an organization as of writing.