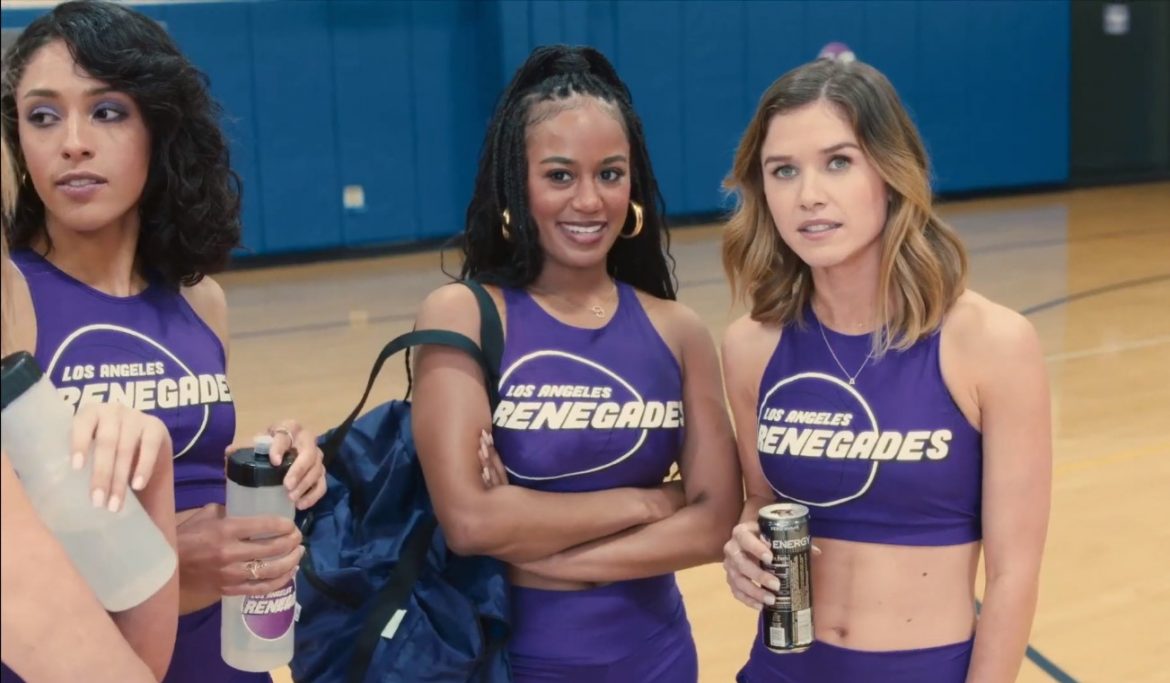 Part of Lifetime’s ‘Fear The Cheer’ lineup, ‘The Pom Pom Murders is a whodunit thriller revolves around Audrey, who makes the L.A. Renegades pro basketball dance squad. Soon she develops romantic feelings for Walter, but Walter’s ex-girlfriend Bailey is trouble. When Bailey turns up dead, Walter becomes the number one suspect, and the police arrest him on the basis of incriminating evidence. Audrey believes him when he says he is innocent and launches her own amateur investigation to find the real killer.

When one of Audrey’s Renegades friends, Tracy, is also murdered, Audrey realizes her own life is in danger, and she has to race against time to expose the killer to the world. Directed by Tom Shell, the film is a fast-paced thriller with a chilling, twisted conspiracy at the center of it. Curious to know where ‘The Pom Pom Murders’ was filmed and who all star in it? Well, we’ve got all the information for you right here!

The filming of ‘The Pom Pom Murders’ took place in March 2020. This is possibly one of the last films to wrap up principal photography before the pandemic lockdown came into effect. Shooting wrapped up just a day before the lockdown commenced. The movie was filmed entirely on location in California. Here are more details about the filming locations of ‘The Pom Pom Murders.’

Most of ‘The Pom Pom Murders’ has been filmed in and around the City of Angels, also known as the home of Hollywood. Majorly, the filming was done in the central San Fernando Valley neighborhood of Van Nuys in Los Angeles. Van Nuys is also famous as the principal location where the filming of ‘Parks and Recreation’ and ‘The Office’ took place. Some parts of the movie were also shot on Hollywood Boulevard.

The city of Burbank in California, located only 12 miles from downtown Los Angeles, also served as a filming location for ‘The Pom Pom Murders.’ Oscar-winning films like ‘Argo’ and ‘La La Land’ have previously been filmed in Burbank, along with classics like ‘Pee-Wee’s Big Adventure’ and ‘Top Gun.’ Among famous TV shows, ‘Gilmore Girls,’ ‘Parks and Recreation,’ and ‘The Office‘ are a few to have filmed in Burbank.

Playing the lead role of Audrey is Anne Marie Dobbins, who you may have seen in made-for-TV movies like ‘Christmas Matchmakers’ and ‘The Wrong House Sitters.’ ‘Runaways fame Jon Schaefer essays the role of Walter. Actress Grace Patterson (best known for ‘Who is Killing The Cheerleaders‘) stars as Bailey, while Lindsay Diann (from ‘Howard High’) plays Tracy. Tonya Kay (‘Saving My Baby,’ ‘The Fosters’) plays the cheerleading coach while Nancy Harding (from ‘GLOW’) is quite convincing as Audrey’s mother.

Read More: Is The Pom Pom Murders a True Story?