Project CARS Revolution: Everything We Know 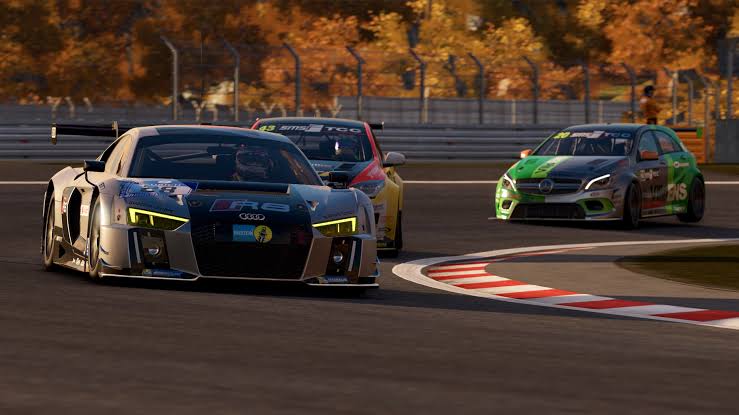 While the racing simulation genre has slowly died away on consoles, it has found a new home on the PC platform over the last decade. The improving capabilities of PC hardware, the sheer variety of compatible specialty equipment such as racing wheels, and the flexibility of multi-display racing setups have made the platform the new de facto home of simulation racing.

The two games leading the rest of the chasing pack are Kunos Simulazioni’s ‘Assetto Corsa’ games and Slightly Mad Studios’ ‘Project CARS’ series. ‘Project CARS’, in particular, is considered the definitive racing experience in video games. Now, nearly three years after the initial announcement of ‘Project CARS 2’ in early 2017, it looks like a sequel is on the cards fairly soon. Read on to find out everything we know about the upcoming ‘Project CARS Revolution’.

‘Project CARS 2’ released on September 22, 2017, as a sequel to the original ‘Project CARS’. The game was an instant hit, winning the approval of hardcore racing sim fans all over the world. ‘Project CARS 2’ features authentic recreations of over 140 track layouts from 60 different real-life locations. The tracks are painstakingly constructed to resemble their real-life counterparts including classics including Le Mans, Daytona and many more.

In fact, the developers of ‘Project CARS 2’ spent an exhaustive amount of effort perfecting tracks dynamics with features such as dynamic weather (which affects the handling of vehicles as well as the wear and tear on tires), variable tracks temperature (depending on the time of day), realistic damage models, realistic wear and tear.

The roster of cars in ‘Project CARS 2’ is no less impressive, with 189 individually modeled vehicles from famed manufacturers including Ford, Ferrari, Nissan, Mercedes, BMW, Porsche, Lamborghini, Lotus, Jaguar, Honda, Toyota and more. Each car in the game is fully licensed and features fully-detailed interiors and authentic sound.

Besides the single-player modes, ‘Project CARS 2’ features an extensive multiplayer offering that allows you to race real players all across the world in real-time. The in-game options allow you to create a custom game with practically any kind of setup according to your preferences.

‘Project CARS 2’ also features robust Virtual Reality (VR) support. Essentially, you can play most of the in-game modes entirely in VR mode if you own a compatible headset. The HTC Vive, Valve Index, Oculus Rift, Oculus Rift S and Windows Mixed Reality are all natively supported as of now.

The next ‘Project CARS’ will reportedly eschew the number based naming schemes for the brand new title, ‘Project CARS Revolution’. While the game hasn’t been officially revealed yet, Slightly Mad Studios CEO Ian Bell has revealed a lot about the new game via a series of tweets.

The new game will apparently be inspired by the 2009 arcade racing game ‘Need for Speed: Shift‘, which was also developed by Slightly Mad Studios long before they began work on the ‘Project CARS’ franchise. According to Bell, ‘Project CARS Revolution’ will be “less of a sandbox and more of a fun game”. This suggests they the new game could feature a full-fledged story mode that gives narrative context to all the racing, as well as heighten the drama.

For all the things ‘Project CARS 2’ did right, it failed at being an easily accessible experience. New players could easily get lost within the game’s ocean deep mechanics and endless submenus. A persistent campaign mode along with a comprehensive tutorial mode could serve to flatten the steep learning curve that can often discourage new players. Fans of hardcore sim racing need not worry either, at least if we go by what Slightly Mad Studios has to say. Despite ‘Project CARS Revolution’ focusing more on “fun” this time around, it will still be squarely rooted in simulation gameplay.

Of course, we can expect typical sequel improvements such as an expanded car and track rosters, new races, expanded VR support and improved visual fidelity.

Project CARS Revolution Developers: Who Are the People Behind It?

Project CARS Revolution Release Date: When and Where Can I Play It?

‘Project CARS Revolution’ will likely arrive on PC as well as the upcoming PlayStation 5 and Xbox Series X.