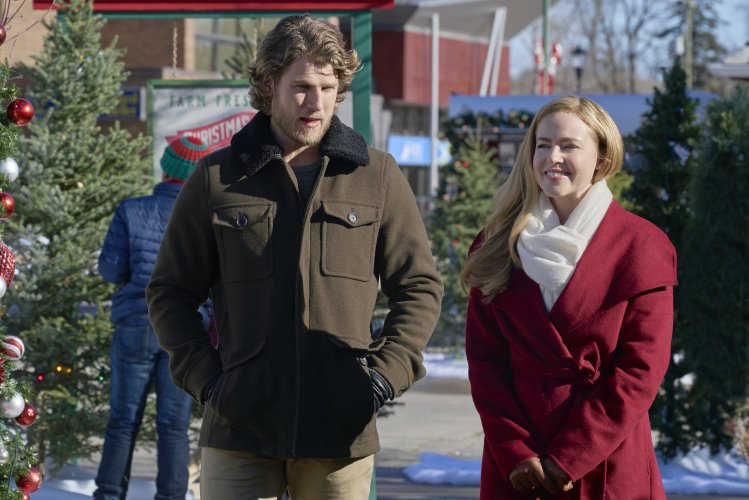 Directed by Jeff Beesley, ‘Project Christmas Wish’ is a romance drama film by Hallmark Channel’s sister network, Hallmark Movies & Mysteries. The film is about Lucy, who has been playing her small town’s local Santa and granting wishes. After she meets Max, a widower’s daughter whose Christmas wish is “Christmas like it used to be,” Lucy finds that in granting Max’s wish, her own wishes come true. If you are wondering where this quaint Christmas movie was filmed, you have come to the right place!

The Christmas-themed movie was filmed in Winnipeg and Carman in Manitoba, Canada, during the 2020 pandemic. Let’s look at the details of its filming.

The capital and largest city of Manitoba, Carman is a city where winters are the coldest and driest time of the year. This location, however, fitted well with this holiday-themed movie. Initial scenes of the movie were filmed in Winnipeg’s Exchange District and a few more houses in the city before shooting the final scenes in Carman. Besides ‘Project Christmas Wish,’ some scenes of the film ‘Christmas Rush’ (also known as ‘Breakaway’) were filmed at Portage Place Mall, Winnipeg. Actor Travis Van Winkle shared a photo of himself, in which he is all decked up in mask and shield! 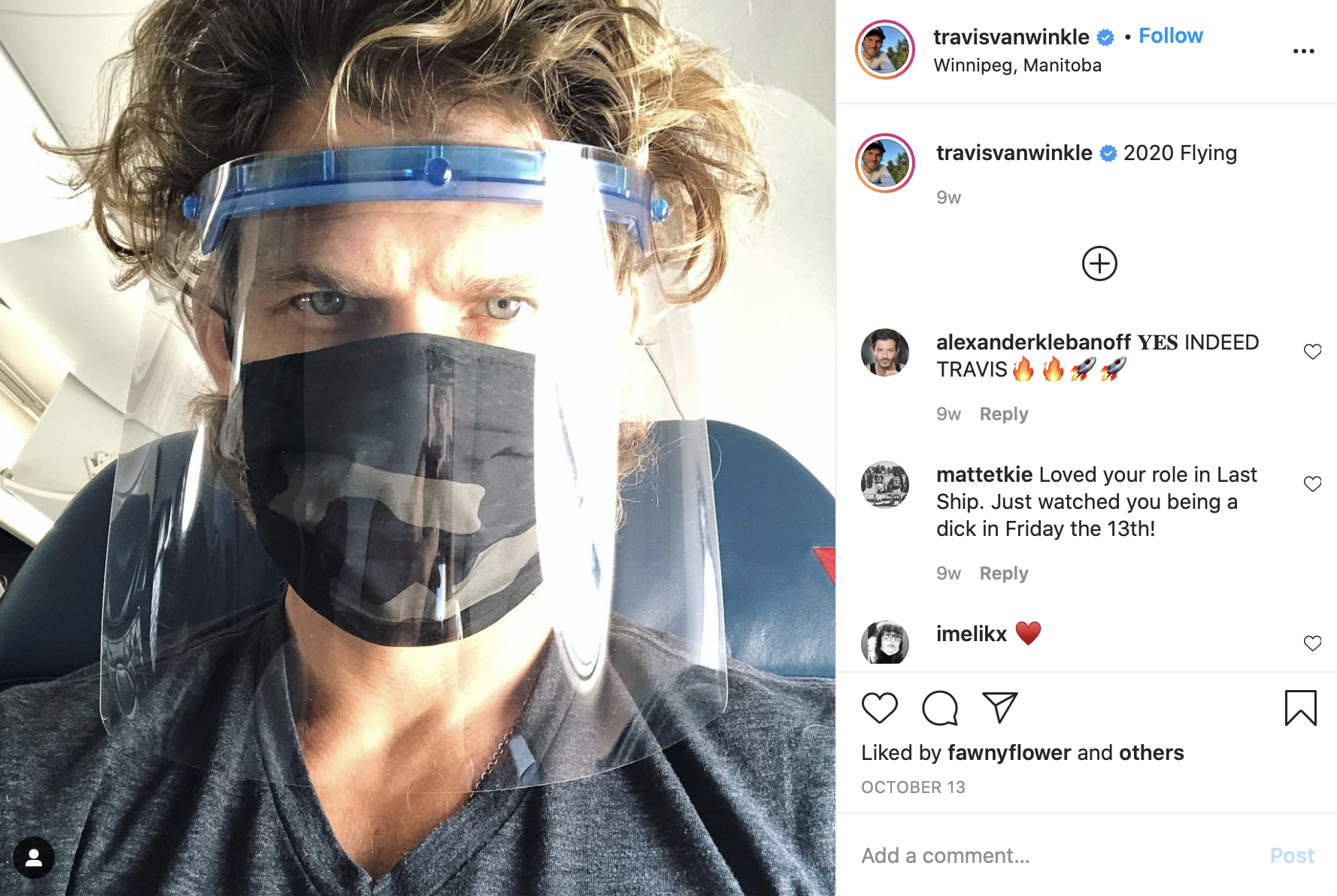 ‘Project Christmas Wish’ wound up getting shot in the small town of Carman during the first week of November, where the Ryall Park stage was lit up with Christmas lights, and a Christmas themed market was set up. Since there was no snow for two weeks, the crew ended up using snow blankets and ice shavings to recreate the effect. Movies that have been filmed in and around this town include ‘We Were the Mulvaneys’ (2002), ‘I Still See You’ (2018), and ‘One Week’ (2008).

According to a piece published in The Carman-Dufferin Standard on November 12, 2020, Actor Travis Van Winkle walked to an apple cart to eat one of the prop apples in between shots. The piece also mentioned crew members drinking hot chocolate and removing their masks in between sips. It further reported that producer Ian Dimerman felt “Carman was the perfect place for them to finish filming. He said the town welcomed the cast and crew with open arms and he’d love to do more filming in Carman.” Fans who witnessed the filming of the movie took to Twitter and posted photos of the decorated set.

‘Project Christmas Wish’ actress Amanda Schull shared some behind-the-scenes photos of the filming as well. Here’s one from the lot! 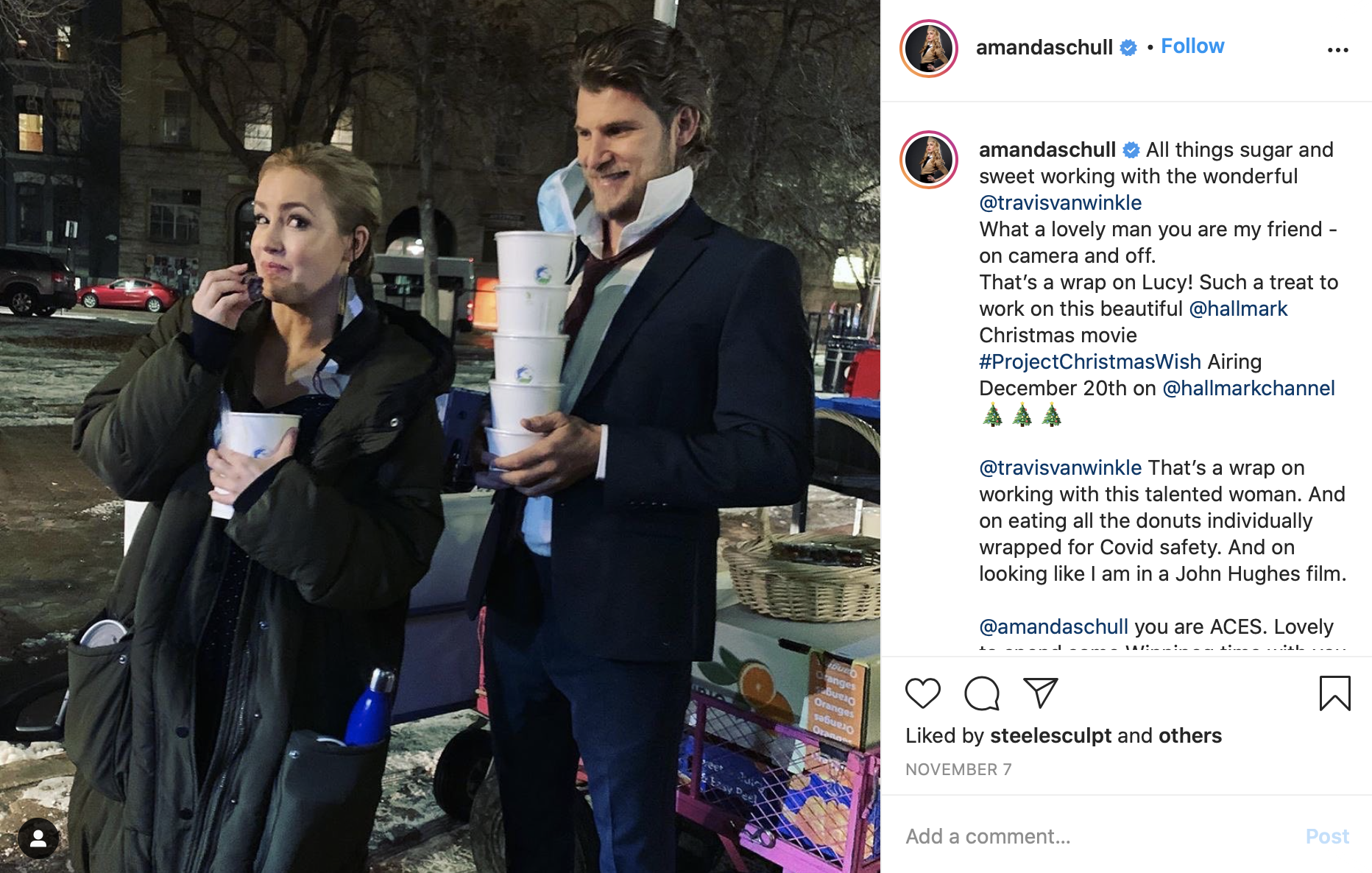 The movie stars Amanda Schull (Lucy) and Travis Van Winkle (Lucas) in the lead. Amanda is best known for her role of Katrina Bennett in the TV series ‘Suits.’ You may also recognize her from the TV series ‘12 Monkeys‘ in which she appears as Dr. Cassandra Railly. Actor and producer Travis Van Winkle is best known for his films ‘Friday the 13th,’ ‘Transformers,’ and ‘Accepted.’ Other actors who feature in the film include Stephanie Sy (Ashley), Amy Groening (Joan), Averie Peters (Max), Gino Anania (Parker), and Micaela Lozano (reporter).