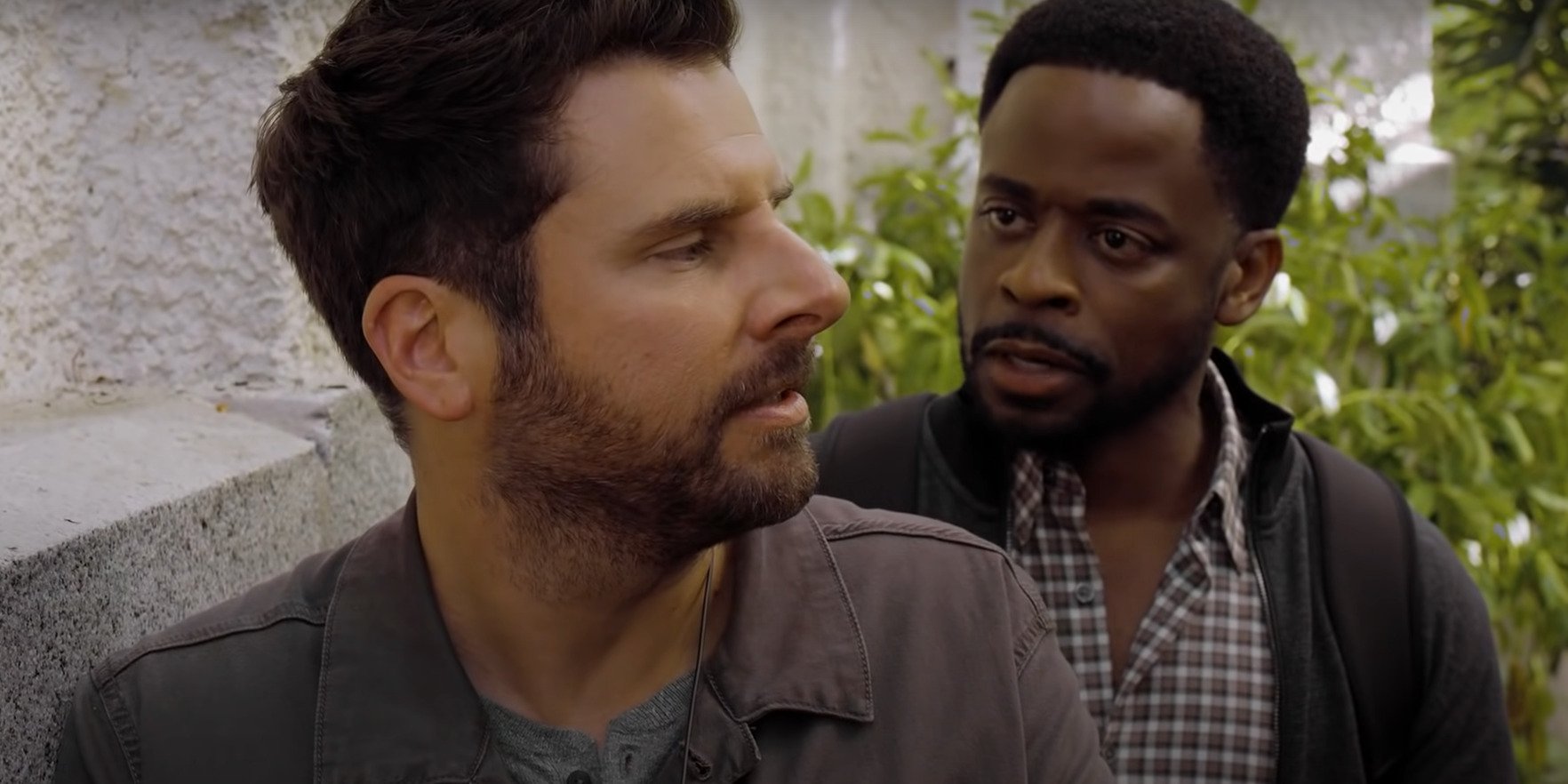 ‘Psych 3: This Is Gus’ is a part of the Psych franchise created by Steve Franks. The third movie is a direct sequel to ‘Psych 2: Lassie Come Home’ and is based on the original detective series that aired on USA Network from 2006-2014. Although the first film entitled ‘Psych: The Movie’ premiered on the television channel, the following two movies debuted on Peacock.

In the third film of the franchise, Gus and Selene are rushing to get married before the birth of their baby. However, Gus and his BFF and work partner Shawn must first locate Selene’s estranged husband. On the other hand, Lassiter finds himself at an important crossroads in his career. As expected, fans of the franchise just can’t get enough of the comedy films that follow their favorite characters from the popular TV series. Directed by Steve Franks, the third movie premiered in late 2021. Now, people already have their eyes and ears open for news regarding a sequel to ‘Psych 3: This Is Gus.’ On that note, let us share with you everything we know!

With regard to a possible fourth film, here is what we’ve gathered. As of now, nothing has been said formally, but Steve Franks has discussed the future of the film series on several occasions. Back in July 2017, he shared that he envisioned at least six films in the franchise. Then, in April 2020, a couple of months before the second movie premiered, he assured an enthusiastic fan on Twitter that there will be more movies. More recently, in November 2021, Franks reiterated his interest in continuing the film series.

Four more movies. You know, not counting this one. Then we figure out all the other ways to keep doing this. #AskPsychWriters #Psych https://t.co/fij56ZJkys

The third movie reportedly began filming in Summer 2021 and debuted after about five months. This means that the team does not require much time to complete the production of one film. Therefore, if a fourth movie is given the thumbs up by early 2022, we can expect the sequel to ‘Psych 3: This Is Gus’ to release sometime in Q3 2022 or later.

The third film of the franchise features James Roday Rodriguez and Dulé Hill as the lead pair Shawn Spencer and Burton “Gus” Guster, respectively. Several cast members who have been a part of the franchise from the days of the original TV show are Timothy Omundson (Carlton Lassiter), Maggie Lawson (Juliet “Jules” O’Hara Spencer), Kirsten Nelson (Chief Karen Vick), Corbin Bernsen (Henry Spencer), and Kurt Fuller (Woody Strode). So, if there is a fourth film, we can expect all of them to portray their respective roles once again.

We may also see Jazmyn Simon (Selene), Sage Brocklebank (Buzz McNab), Allen Maldonado (Alan Decker), Sophia Reid-Gantzert (Lily Lassiter), and Curt Smith (Himself) return for another round. Moreover, we will likely see new additions to the cast in the potential fourth film.

Psych 4 Plot: What can it be About?

In ‘Psych 3: This Is Gus,’ we meet Shawn and Gus in a more mature phase of their lives. While Shawn and Jules continue to navigate their marital life, Gus is on the verge of marrying Selene and becoming a father all at once. At the same time, Lassiter rejoins the police force after his recovery, although he has some important decisions to make. But the highlight of the movie is Gus and Selene’s misadventures in the days leading up to their big day. Since they have to first get hold of Selene’s estranged husband, Gus takes the help of his longtime friend, Shawn.

If a fourth movie is greenlit, it is likely to continue following the beloved characters of the franchise as they cross important milestones in life. For Franks, it has been interesting to explore the dynamic between Gus and Shawn as the former moves ahead full steam while Shawn believes that his friend needs to slow down and reflect on the direction his life is taking. This element is something that the franchise creator would like to see in future storylines as well.

The potential film number four may also see Lassiter adapt to some serious things in life. After all, he is a middle-aged man. According to executive producer Chris Henze, humor infused in realistic situations makes the comedy all the more effective. However, we will only know more about the plot after an official statement regarding the fourth film is released.