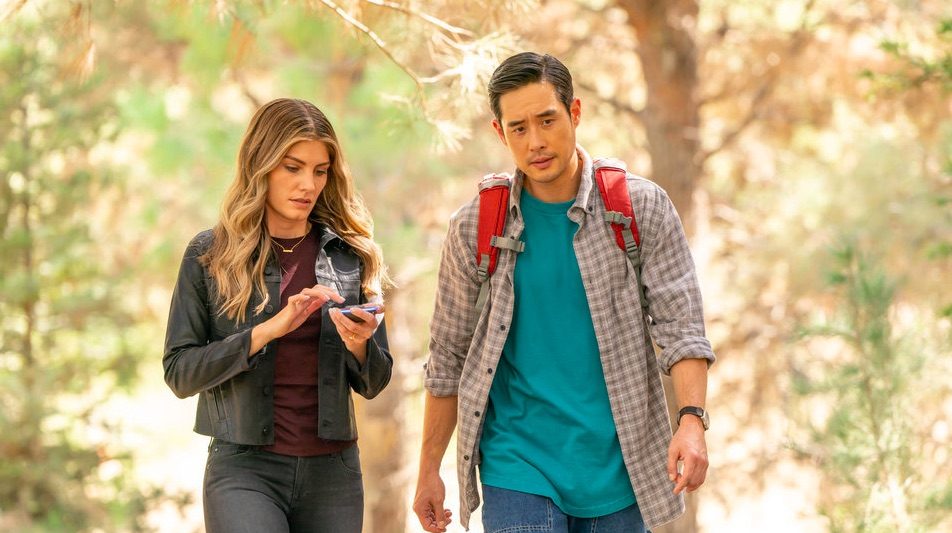 NBC’s ‘Quantum Leap’ begins with Ben Song leaping into the past without telling anyone, including his fiancée, Addison. As his team tries to figure out a way to bring him back while helping him survive his leaps, they wonder why he took such a drastic step in the first place. What could have prompted Ben to leave his happy life behind and go into the unknown unprepared? Over the past episodes, several clues have been built up, but in this episode, Ben finally confesses why he left Addison and traveled to the past. Here’s what that ending means for both of them. SPOILERS AHEAD

Ben leaps into the body of a sixteen-year-old boy named Benjamin. The year is 1996 and Benjamin, along with Leah, Stacy and Roy, has hatched a plan to run away from the youth camp where their families had left them. Their escape plan takes a difficult turn when they meet an accident on the way. The car, their only mode of transportation, is destroyed, and their destination is still a few miles away. The teens decide to hike the rest of the way, which is when Addison tells Ben that the kids were never found again.

While Ben tries to keep the teens alive, he starts to have flashbacks, especially about the time he spent with Janice Calavicci, planning his leap. He also discovers that the youth camp that kids ran away from is a horrific place where troubled children are sent to be put in line and are treated horribly. In the end, the teens and Ben survive the wilderness but decide to go back and end the atrocities at the camp.

Quantum Leap Episode 8 Ending: Why Did Ben Leap in Time?

After Leah is taken back to the camp, Stacy comes up with an idea to save her as well as the other kids at the place. They call Leah’s uncle, who is a reporter and exposes the reality at the camp, which leads it to be shut down, and the people in charge are held accountable. While celebrating the win, Ben has a flashback about the time when he and Janice had been working in secret. When Addison asks what he saw, he says that he remembers exactly why he leaped. He says, it was to save Addison.

While there had been a big question mark on why Ben leaped into the past and what his intentions were, it became pretty clear after a while that it might have something to do with Addison. She is the only person in his life that matters the most to him and should something happen to her, it would make sense that Ben would leave everything to find a way to save her. This was also hinted at in the episode where Richard Martinez’s Leaper X is introduced.

In the Halloween episode of ‘Quantum Leap’, Janice Calavicci takes over the imaging chamber. She cuts off Addison and tries to connect to Ben in the past. By the time she succeeds, Ben is done with his mission of that leap. She tries to warn him, but he jumps and doesn’t find out what Janice was trying to say. It could have been something to do with Martinez, who threatened Ben the last time they crossed paths. He tells Ben to stop following him, or else.

Considering all these hints, there is a possibility of a connection between Martinez and Addison, considering that they both share a military background. Perhaps, Ben’s quest to save Addison is tied up with Martinez’s own time leap project, which is bound to happen sometime in the future. Perhaps Martinez will pose some danger to her in the future, and the only way to stop him and save Addison is for Ben to take a journey to the past before he flings himself to the future. However, that still doesn’t explain how Ben could possibly know something that hasn’t happened yet.

For all intents and purposes, Addison seems to be doing pretty well at the moment. The next episode will shed more light on how Ben found out that his fiancée is in mortal danger. For now, we can’t help but wonder what it means for Addison. Is she fated to meet an untimely end?

For someone who is working on a top-secret government project, it is fair to say that resourcefulness wouldn’t be a problem. So, if there was an immediate danger to Addison, Ben could have asked for Magic’s help. Moreover, Addison herself has a background in the military, and considering how she has helped Ben through some very tricky situations in his leaps, it looks like she is capable enough to protect herself. Still, if Ben thought that time traveling was the only way to save her, then it must be something very bad that is about to happen to her. Something that she won’t see coming.

It is possible that while working on the Quantum Leap project, Ben got a glimpse into the future and discovered that Addison wasn’t in it. Or, to make things more interesting, maybe, his future self visited him to warn him of Addison’s fate. It wouldn’t be far-fetched to believe this because we know that Ben is trying to go somewhere in the future. It is there that he finds out what happens to Addison and finds a way to tell it to his past self, prompting him to take the leap.

This means that there is a timeline where Addison is most probably dead. However, Ben knows that the past can be changed. Sam Beckett did that during his leaps. In fact, Beckett once jumped in time to save his own brother from dying on the battlefield. If he can do that, why can’t Ben? The problem is that Beckett always leaped in the past, which is what the Quantum Leap project is currently focused on. Ben needed to go to the future and it wasn’t going to be as easy as leaping in the past. He had to devise a way to do that and that’s where Janice came in. Now that Ben has a way to leap into the future, he will do everything in his power to save Addison and change the timeline.

Read More: What Happened to Sam Beckett in Quantum Leap? Did He Die?