When Does Queer Eye Season 6 Release on Netflix? 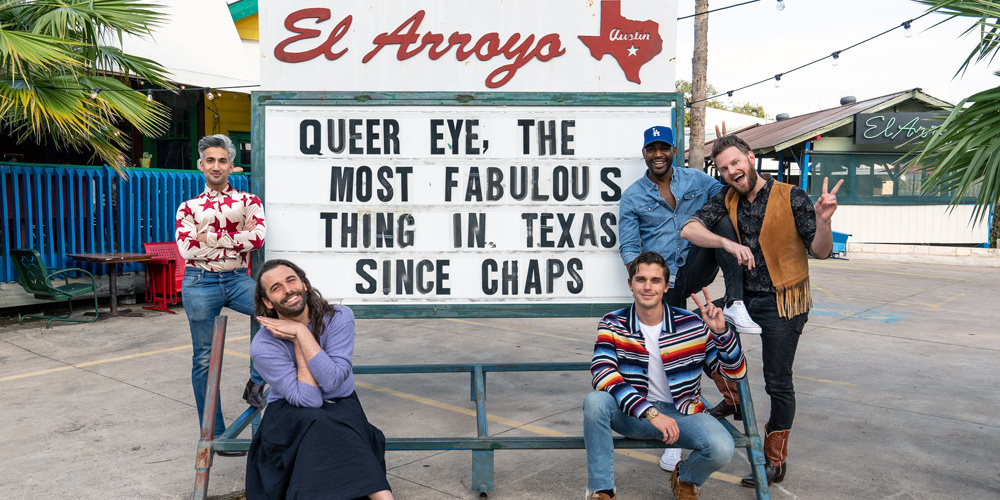 ‘Queer Eye’ has been making the world a better place with its fascinating premise that follows five charming and kind-hearted hosts as they help people to become a better version of themselves – physically and spiritually – since its premiere on February 7, 2018. The light-hearted series is a reboot of the 2003 Bravo series ‘Queer Eye for the Straight Guy.’ It has not only managed to retain the reputation and integrity of the original but also takes it a notch higher with its wholesome content that caters to the modern world.

The reality series successfully pushes against toxic masculinity and has brought about a change in the conservative attitude people hold towards the members of the LGBTQIA+ community. Over the years, the show has spawned five successful seasons and won seven Emmy Awards. Season 5 concluded recently, so naturally, fans want to know about the release date of ‘Queer Eye’ season 6. Let’s find out!

‘Queer Eye’ season 5 premiered in its entirety on June 5, 2020, on Netflix. It consists of ten episodes with a runtime of 40-45 minutes each. As far as the next season is concerned, Netflix has already renewed the heart-warming reality series for a sixth season in March 2020.

Queer Eye’s yee-haw era is here (and back for season 6 in TEXAS) pic.twitter.com/QYaEoPO15G

Under normal circumstances, the show drops two seasons in a year. However, due to the impact of the COVID-19 pandemic, the production of the show was halted even before the makers could finish filming the first episode. If the shooting resumes soon, we can expect ‘Queer Eye’ season 6 to release sometime in 2021, on Netflix.

Who are the Hosts of Queer Eye?

The Fab Five – Bobby, Tan, Karamo, Jonathan and Antoni – is all set to return for the sixth season to cover all the areas of expertise, while changing lives. British-born Muslim fashion designer Tan France looks is a fashion expert on the show. He is known for introducing every hero to the classic French Tuck. ‘Gay of Thrones’ host Jonathan Van Ness is in charge of the over-all grooming, from hair, skin to beards.

Culture/lifestyle expert Karamo Brown provides comfort food for the soul by assisting people in changing their demeanor and attitude. Interior design extraordinaire Bobby Berk possesses the power to transform your entire house by putting minimal effort and bucks. Antoni Porowski is in charge of the food and wine section.

What is Queer Eye About?

In the series, the Fab Five embark upon a mission to help several men and women change their inner and outer personalities. Termed as “Queer Eye heroes,” the individuals either volunteer or are nominated by their friends, family members, co-workers, partners, kids, and others. Throughout the show, we meet people who want to boost their confidence, find their soulmate, come out to their folks, revamp their careers, among other things. And Tan, Jonathan, Bobby, Antoni, and Karamo weave their magic wands and transform their lives forever.

Season 6 will transport the Fab Five to Austin, Texas. In the Lone Star State, the crew will help a new bunch of heroes by extending tips and techniques regarding fashion, grooming, cooking, home decor, and mental and spiritual therapy. It will be interesting to see how the show adapts to the post-coronavirus era.