Ray McNeil Murder: How Did He Die? Who Killed Him?

On Valentine’s Day in 1995, a married couple’s escalating argument ended fatally after shotgun blasts rang out in their apartment in Oceanside, California. Netflix’s three-part docuseries ‘Killer Sally’ thus delves into everything that led to Ray McNeil’s murder and the ensuing trial. While the prosecution believed it was cold-blooded murder, the killer’s lawyer stated it was self-defense. So, if you’re wondering what happened in this case, we’ve got you covered.

How Did Ray McNeil Die?

Ray McNeil was born in North Carolina and was raised by his aunt there. According to the show, he grew up in poverty and eventually enlisted with the US Marines for some financial stability. That’s where he met Sergeant Sally Lowden in 1987, and the two married after a few months of dating. They both actually shared a passion for bodybuilding, and by the time of the incident, Ray had received his pro card and was days away from participating in an event in Miami, Florida. They lived in Oceanside with Sally’s two children from a previous marriage, Shantina and John. 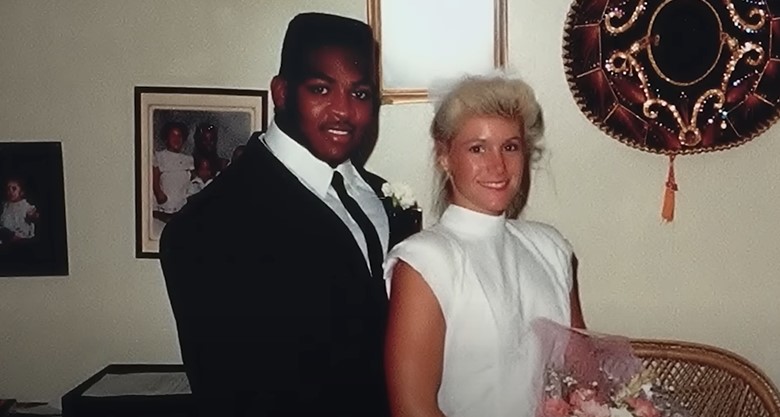 At around 10:40 PM on February 14, 1995, the authorities were called to the McNeils’ apartment. They found Ray on his hands and knees, profusely bleeding. The 29-year-old suffered shotgun wounds to his abdomen and face, leaving a large hole in his torso and shattering his upper jaw. Ray was rushed to the hospital but unfortunately died soon after, making the case a murder. An autopsy then revealed he had five kinds of steroids in his body at the time. While the authorities knew who shot him, it became a question of finding out why it happened.

The first thing the investigations revealed was Ray had gone out in the evening to buy some chicken. While his usual store closed at 8:30 PM, he wasn’t home until closer to 10:30, leading to an argument between him and his wife. Sally then learned he had gone to another store to get a more expensive brand of chicken. At the time, since she also suspected him of cheating on her, she began criticizing him for not looking good enough to do well in the upcoming bodybuilding event in a fit of rage.

Sally told the authorities that Ray got physical with her, pushing her to the floor and then choking her. She claimed she fought back and got away but then went into their bedroom, where they kept a shotgun because she feared for her life. Sally told the police that she had taken two shells; she loaded one and then headed out. Ray was in the kitchen, cooking the chicken, when she fired once. Sally claimed that Ray came towards her, driving her to load the second shell and shoot him again.

Then, Sally handed the gun over to a neighbor and called 911. In the background of the call, Ray was heard asking why she shot him, and Sally replied, “I told you that I wasn’t taking your s–t anymore.” Once the authorities arrived, she told them Ray had choked her. But Ray, who was still alive at the time, denied it. The officials later learned their relationship was fraught with toxicity. Not only did Ray have multiple affairs throughout their marriage, but their arguments also often got physical.

When Sally eventually stood trial on the charge of murder, the prosecution claimed that she killed Ray for insurance money and knew he was about to leave her. They even presented evidence of her aggression and a pattern of violence. In 1990, she was arrested for pointing a gun at her ex-husband. A few days later, after a fight with her second husband, Ray, she dropped a weight on his car from the balcony. In another incident, Sally attacked a woman at a bodybuilding competition after suspecting she had an affair with Ray.

As if that’s not enough, in 1993, Sally assaulted a bouncer at a bar in Pennsylvania and later threatened to kill the police officers called onto the scene. Furthermore, an expert for the prosecution testified that the fingernail marks on her neck were possibly self-inflicted because Ray’s nails were too short and didn’t have her DNA underneath them. The state contended that the shooting was not in self-defense because an expended shotgun shell was found in the bedroom. This led to the prosecution claiming that Sally returned to the bedroom to reload after shooting Ray once, contradicting her initial statements. She had claimed she never entered the bedroom after the first shot.

On the other hand, the defense stated that Sally was a battered woman who acted the way she did because she feared for her life. Her lawyer insisted she had suffered several beatings and rapes over the years, along with similar physical abuse as a child and during her first marriage. Shantina, a young girl at the time, testified that she heard her mother being choked by Ray the night of the shooting. In the end, the jury sided with the prosecution, finding Sally guilty of murder and handing down a lengthy sentence.